WhatsApp has been adding some nice new features for the past few months, such as confirmation for read messages or encrypted communication. However, there’s one feature that millions of users have been looking forward to for quite a while now – free calls. 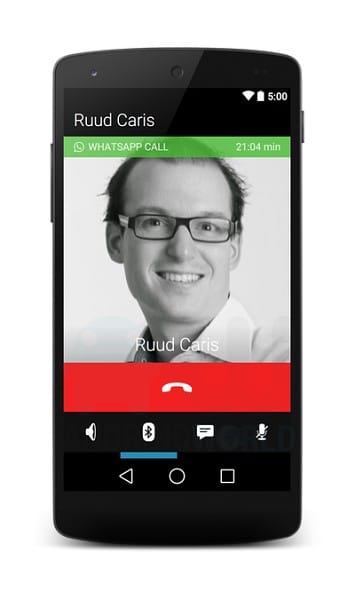 And now, according to a fresh report from Dutch publication AndroidWorld.nl, it seems that the voice calling function is indeed in the works and looks to be almost finished. However, the website suggests that the calling feature will be separate from the chat function, as there have been published screenshots showcasing dialing, call logs, and contact options.

The new details have allegedly been extracted from a fresh build of the app for the Android platform. Despite being separate, it seems that past or missed calls will somehow find a way into the chat log, which could hint at the fact that the separation could be temporary and specific to this build only.

Related: How to Use WhatsApp Call Link

WhatsApp could also allow for calls to be recorded and played back at a later time, which won’t be quite a mind-blowing feature since it will be a logical next step from the current voice messages.

Since acquiring the app, Facebook mentioned that it won’t monetize on WhatsApp and will keep the app ad-free (users pay $0.99 after one year of trial). And it makes sense to keep the app free since that’s the best way for it to compete against the likes of Skype, Viber, and others.

In the middle of this fall, CEO Jan Koum confirmed that the voice calling feature was in the works, but he said it will be released sometime in the beginning of 2015, citing several technical issues. But according to this new intel, it seems that they have managed to overcome a good deal of them.

Update: If you’ve updated to the latest Whatsapp version (on Android at least), you will find a new folder called WhatsApp Calls. Of course, the folder is empty as of now, but what else can this mean? [H/T: @Aashray_Anand] 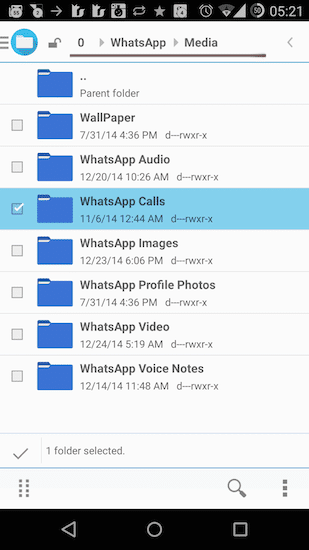 Update 2: Bummer! Apparently, this particular folder has been around for a while now, so it’s nothing new. The rest of the details still hold true, though.