In many ways, 2014 was the year when Xiaomi shot on to the global tech centrestage. The company had been seen as a very competitive player with its range of devices with amazingly low prices (imagine getting something with the specs of a Nexus 5 for less than half the price – that was the Mi 3!), but 2014 saw it emerge as a major player, not just in China but also globally (it was the third largest smartphone manufacturer in the world for a while). So in many ways it was apt that one of the first press releases of 2015 in India came from Airtel, announcing the sale of Xiaomi’s Redmi Note 4G at its outlets. The phone was sold out in six seconds on Flipkart in India when it went on sale a couple of days ago. How long will it last at Airtel’s outlets is anyone’s guess. But in the meantime, here are our first impressions of the device. 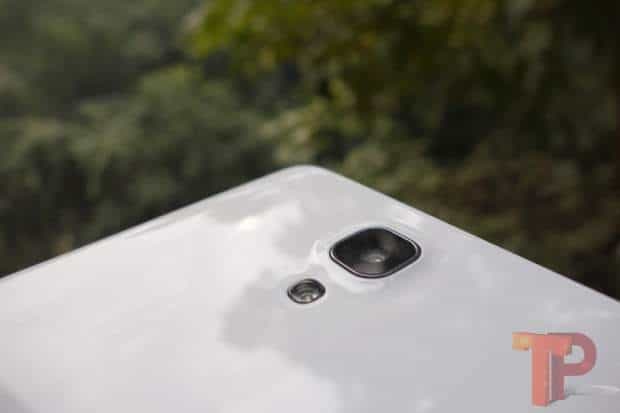 Let us get one thing dead straight. In terms of appearance and aesthetics, there is no difference between the Redmi Note 4G and its 3G brother. Like the latter, the Redmi Note 4G is slightly more than half a foot long at 154 mm and is also 78.7 mm wide and 9.5 mm thin. As in the previous edition, the front is dominated by a 5.5 inch display, with a front facing 5.0-megapixel camera above it, and three touch buttons (in red again) for home, back, and launcher setting. Long pressing the launcher settings button takes you to a list of running apps with the option to turn them off (a MIUI feature we love). The back is plain white plastic with a 13.0-megapixel camera with flash, the Mi logo and a speaker grille. The volume rocker and power/display button are on the right, the micro USB port on the base and the 3.5 mm audio jack on the top. The left side is bare.

It is not a small device at all and not the thinnest either, but it has a reassuringly solid feel to it. It is about the same size as the Yureka (yes, we are doing a hands on comparison between those two soon!) but feels a bit heavier and thicker, although we suspect that is because of its larger battery. We also felt that it felt just a notch lighter than the previous Redmi Note, which is curious, when you consider how similar the two devices are in size.

It is in the innards where the differences between the 4G and its predecessor become obvious. The back remains removable and yes, you have a similar 3100 mAh battery within. There is a microSD card slot, but there is a subtle change – the Note 4G can support memory cards of up to 64 GB, while the Note stopped at 32 GB. Onboard storage stands at 8 GB in both. However, what you will notice straight away is the absence of dual SIM slots – the Redmi Note 4G is very much a single SIM device, although that single SIM supports 4G.

Take a look around the settings and perhaps the two biggest differences between the two devices leap out – the Redmi Note 4G runs on a quad core Qualcomm Snapdragon 400 processor, unlike its predecessor which was powered by an octa core one from MediTek. Both are backed up by 2 GB RAM, though. And then there is the other difference – whereas the first Redmi Note ran Android 4.2.2, the 4G runs Android 4.4.2, addressing one of the key complaints many of the more geeky reviewers had about the first device. And the 4G is also running a different version of Xiaomi’s MIUI – it runs MIUI KHUMIBH 24.0 while the Redmi Note ran MIUI JHDMIBH 38.0. Alphanumerics aside, the 4G has a newer version of MIUI!

In sum, the Redmi Note 4G is walking proof of the “do not judge a book by its cover” maxim. Yes, it looks exactly like its predecessor, but it is certainly not the same device – it runs a different processor, has a newer version of Android and MIUI, supports more storage, comes with 4G, but on the flip side, has only one SIM card slot. It is also a tad more expensive at Rs 9,999 (the Redmi Note 3G was priced at Rs 8,999), with many people attributing the extra cost to the Qualcomm processor. It is too early to say whether it justifies that price hike in terms of performance, but we have a sneaky feeling that people will be lining up for it anyway. The Redmi Note 4G in terms of appearance, specs and price is very much a chip off the Xiaomi block. As we said in our review of the Mi 3 “Yes, those specs at THAT price!”.

Stay tuned for a more detailed review. And yes, that comparison with… Yu know, the Yureka.