It has become a fairly frequent occurrence of late. The sound of tech jaws hitting the turf in surprise on hearing relatively low prices of devices that boast decent hardware. We heard it when Moto unleashed the Moto G and Moto E, when Microsoft showed off the Lumia 630 and when Asus paraded the ZenFone 5. But none of those gasps of appreciation quite matched the simultaneous applause that broke out when Xiaomi announced that it would be selling the Mi 3 at Rs 13,999 (about USD 233) in India. 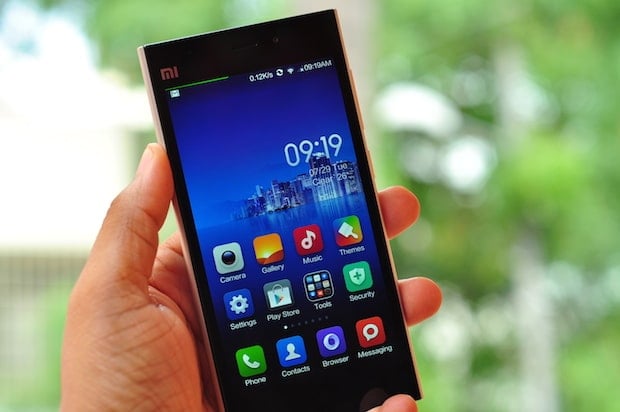 When you consider that this was a device with specs that were on par with the mighty Nexus 5 which costs about twice as much and could give the likes of the S4 and HTC One (which cost even more) a run for their money, the reason for the surprise – pleasant though it was – became apparent. While most other players in the ‘affordable but high performing” phone segment had come in with the odd hardware and/or design compromise (the Lumia 630 had 512 MB RAM and 800 x 480 display and no front camera, the ZenFone 5 was on a dual core Intel processor rather than one of the Snapdragon superheroes and ran a slightly older version of Android, and even the Moto G had a camera that sucked more like a lozenge and even looked like an oversized one), the Mi 3 pretty much threw the hardware kitchen sink at the user at a staggeringly low price.

Ticking all the hardware and software boxes

✓ All the connectivity options you would expect from a high-end smartphone? Yep, 3G, GPS, Wi-Fi, even NFC.

✓ 13.0-megapixel camera that claims to be the best HDR camera in the world (the Great Barra’s words!)? Holy megapixels, yes, Batman, and with a Dual LED flash (the best thing after a Xenon one). And there’s a front camera too! 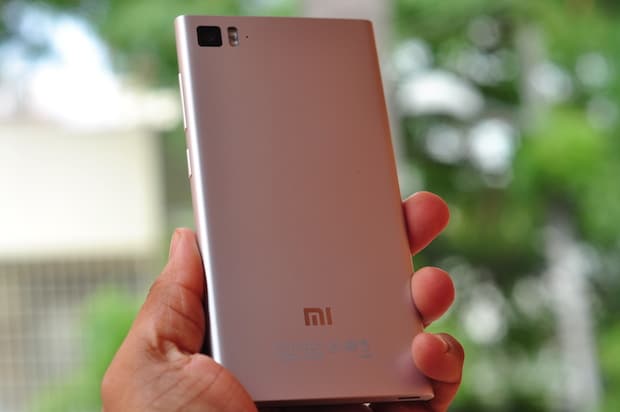 Oh yes, this is one hardware monster all right, and with the latest flavor of Android to boot. If we had to really – REALLY REALLY – complain, we could go about hollering that there is just 16GB of storage on the device and that there is no dual SIM connectivity, but well, those are sins that it shares with many worthies, including the LG G2, the original HTC One, and the iPhone 5s. No matter what you whinge about, there is no getting around the fact that you are unlikely to get more smartphone bang for your Rs 13,999 bucks anywhere else.

We did cover the appearance of the Xiaomi Mi 3 in our initial hands-on of the device. And well, our impressions of the device have not changed in the week that it has spent in our possession. It remains a very smart looker indeed, with the jet black 5.0-inch display hogging the front, surrounded by an aluminum-magnesium alloy frame with sides that curve in a manner reminiscent of the Lumia 925. 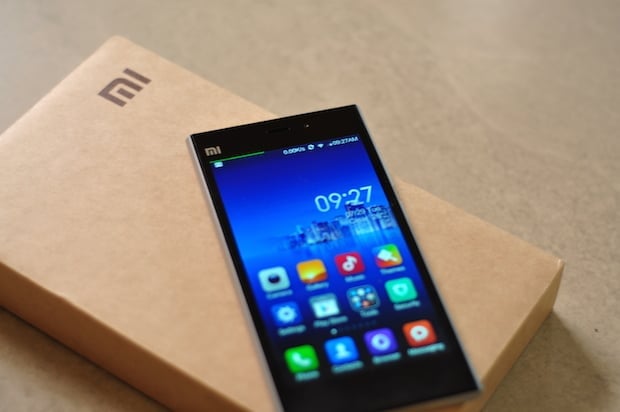 The design is largely minimalistic with only the volume rocker and the power/display key on the right of the device, the left side totally bare, the micro USB port and speaker on the base, and the SIM card tray and the 3.5 mm audio jack bang on top. The back is plain and flat with the 13.0-megapixel camera flanked by a dual LED flash tucked in the top left corner. At around 145 grammes, this is not a phone that one would call lightweight, but it feels pleasantly solid (thanks to the alloy, we reckon) and at 8.1 mm thin, definitely qualifies for the ‘slim and sleek’ look. No, we don’t expect it to stop traffic, but it does cut a very smart sight on a café or office table.

A superb performer on most fronts

If the device’s appearance and specifications are impressive, its performance pretty much administers the coup de grace as far as any doubts regarding it might go. We are not great supporters of layered Android but like Asus with the Zen UI, Xiaomi too has impressed us with its MIUI running on the Mi 3. However, where the Zen UI was a more understated affair, MIUI is a more radical overhaul of Android, adding a number of interesting features to it (read about ten which particularly impressed us). No, we would not call it as easy to use as the Zen UI or stock Android but it definitely packs in more power in terms of features – we still love the way a long press of the home button on the lock screen activates the torch, as we do the control we have over the way in which different screens in the theme shift. Oh yes, if you like to tinker with your phone MIUI will give you lots of joy. And it keeps getting updates – we have seen two in the seven days we have had it!

The phone itself pretty much handled everything we threw at it with a modicum of ease – high definition games like FIFA and Shadowgun, lots of image and video tweaking, and messing around with documents and the like, with social networks and mail on push mode. We were a bit surprised at its Antutu benchmark score which we had expected to be higher, but even going by it, this is a device that rubs shoulders with the likes of the HTC One and the Galaxy S4 quite comfortably and honestly, those two were more than good enough for us. That full HD display is a joy to use, really, be it for movies or gaming. And battery life is surprisingly good – we saw off a day of hefty use, and we mean hefty as in push notifications, a few dozen photographs, lots of messaging, some gaming and an hour of calls. 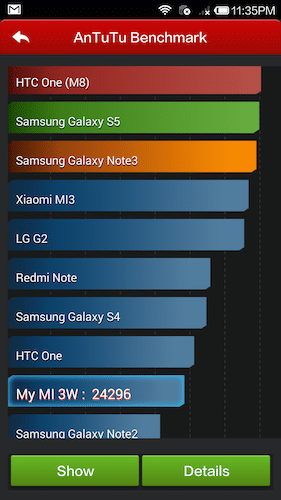 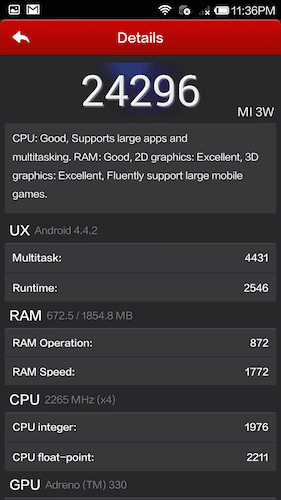 It is not all milk and honey, though. The phone comes with 16GB of internal storage and lacks a microSD slot to expand. The 13.0-megapixel camera is good rather than brilliant – a bit of coaxing can see it take some sensational photographs but we did sense a bit of oversaturation in some of the daytime snaps that we took. Move into dimmer terrain however and the loss of detail becomes discernible. And no, we are not very convinced by Mr Barra’s claim at its launch that this is the world’s best HDR camera, although it does turn in some reasonably good results. That said, it quite comfortably is the best camera in its price segment and betters the one seen in some of the more expensive devices we have seen, including those on the Moto X and the Nexus 5. Sound quality while generally very good seemed to take a slight hit during phone calls (some people we called claimed that we sounded muffled, and in general, call quality was a notch below what we have experienced in the Lumia) and we would advise caution while pulling the SIM card tray out – it can get stuck. Yep, we get the irony – the Mi 3 rocks as a smartphone, but stumbles ever so gently in phone territory. Talk about Achilles and his heel… 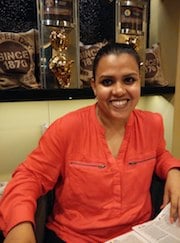 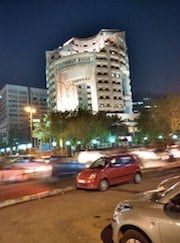 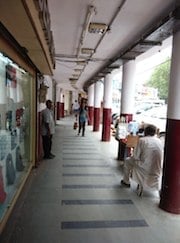 Being a new ‘Chinese’ company, Xiaomi has a lot to do before it gets accepted outside China. Unlike other companies, Xiaomi doesn’t believe in traditional marketing and distribution channels. The phone is currently Flipkart exclusive and don’t expect to see it in your local phone store anytime soon (if not never). At present, Xiaomi has set up over 30 service centers, but they are still restricted to the major cities, but plans to expand to 500+ soon. 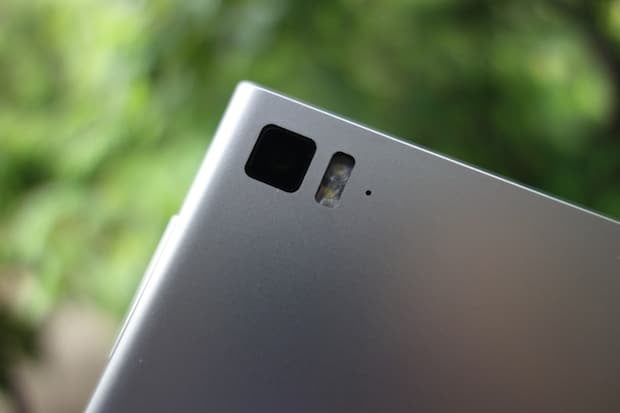 We are not going to beat about the bush here: at its price point, the Xiaomi Mi 3 is a superlative phone. To be honest, it would have been a superlative phone at a price tag that was fifty per cent greater. No, we are not going to brand it a flagship sinker – we still think the likes of the HTC One M8 and Galaxy S5 have a few aces up their sleeves in the sound, calling and camera departments. It is in fact something more important – it is proof that premium hardware, good design and an excellent smartphone experience can be delivered at a remarkably low price. I am not too sure it will bring flagship prices down, but it will force manufacturers to innovate more radically and more often, at all price points. For, whichever phone gets launched at a price tag that is above USD 235 will have to deal with one sentence: I can get a Mi 3 for less.

And that, surely, counts for a lot.

Was this article helpful?
YesNo
TechPP is supported by our audience. We may earn affiliate commissions from buying links on this site.
Read Next
iQOO 11 5G Review: Does It End Your Quest for the Ultimate Smartphone?
#review #xiaomi #Xiaomi Mi3