“We are a software company”

That declaration by Hugo Barra at the launch of the Mi 4 in Delhi surprised a lot of people. After all, for most people (the non-geeky mainstream), Xiaomi is best known for delivering excellent hardware at surprisingly low prices. Take the Mi 3 and Mi 4 for instance – both packed in some very good hardware (excellent processors, lots of RAM, very good cameras) and yet together cost less than most Android flagships (for the record, their combined cost is Rs 33,998!). The result: every discussion involving Xiaomi (at least in India) revolves around the spec sheet – the processor, the RAM, and so on. Even the reservations about it are spec-related (why no 4G in the Mi 4? Why no expandable memory in the Mi 3/ Mi 4?).

And yet Barra insists that the company is a software company. Mystifying? 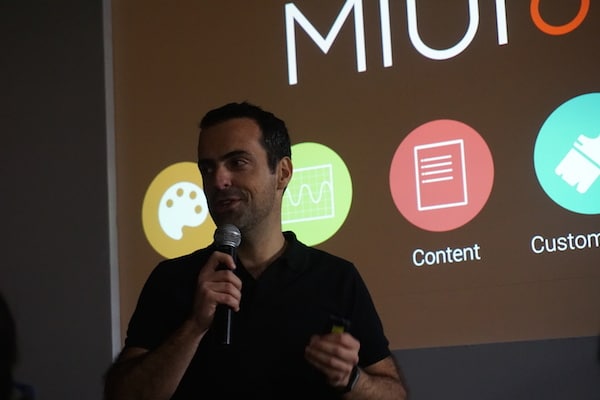 Well, not quite, if you notice the presentations of Xiaomi’s different products in the country. No matter how compelling the product-spec offering is, Barra makes it a point to talk extensively of MIUI and different touches in the interface (he does tend to dwell a bit on the HDR side of cameras and product design, though). At the launch of the Redmi Note, he spent as much time on the SwiftKey keyboard and its support for Indian languages. And at the launch of the Mi 4, he actually spent so much time talking about the new MIUI 6 that one of my colleagues in the media complained, “They are launching MIUI 6 or the MI 4?”

Well, the MIUI 6, if one were to go by what Barra said. He walked the viewers through different movements on the menu and interface. “I don’t think it is possible to use too much color,” he said as he showed off the brightly colored UI on the Mi 4, and then added, “we have gone crazy using colors on MIUI 6.” He highlighted touches like the positioning of the timer in selfie camera mode, made “pfff!” noises as he talked of how apps got uninstalled in a shower of colourful dots, and in general seemed as excited about the soft side of the device, as he was about its hardware.

Or more so. “If you noticed, I was more excited talking about MIUI 6 than Mi 4,” he remarked while answering a question, and referred to MIUI 6 as a ‘monstrous software update’ in terms of size.

There are some who might be puzzled at the man’s penchant for dwelling on software but think a little, and it makes very good sense. Xiaomi’s MIUI has a staggering 85 million users, making it one of the most popular Android ROMs in the world. The “amazing hardware at an amazing price” equation has got Xiaomi off to a flying start in the Indian market and pretty much wreaked havoc with Android flagship pricing, but as the likes of Huawei, Lenovo, Acer and OnePlus has shown, it is an edge that can be replicated. Software, UI and the whole user experience are however a very different kettle of fish. And in a market where tech specs are levelling out at certain price points, these could well be a major distinguishing point. Another interesting point is that focusing on his company’s UI takes attention off Android versions and updates too. As one of the Xiaomi team told me after the event, “People are more concerned about when they will get the next version of MIUI, not the next version of Android. Android may be the base, but it is the MIUI experience that people are seeking. We cannot control Android, but we have control over our UI.” It is a piece of logic we have heard from OnePlus as well when it opted for Cyanogen, and it strikes a chord with many users, who want regularly updated software. 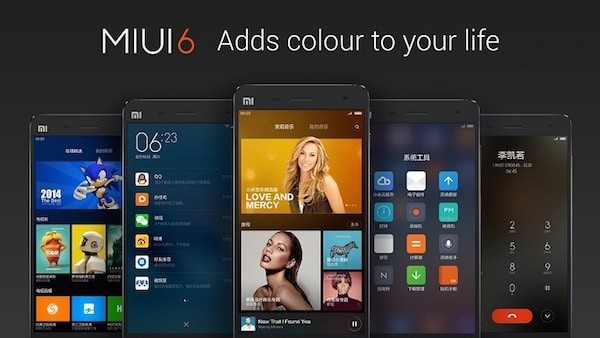 And it could well be an effective strategy, simply because a hardware race can only get you so far. At some stage, a user had got to ‘feel’ the difference. And that is where ‘user experience’ comes in. The best example of this comes from a company that Xiaomi has often been accused of being ‘inspired’ by. A certain company with a fruity name based in Cupertino has been winning followers for almost eight years now – not on its hardware, but on its experience, which is a mix of product design, UI and apps.

Now, turn your mind to what Barra talked about in the Mi 4 launch, and the things that stood out were the UI, some of Xiaomi’s own apps, and the design (remember the story of a piece of steel?).

Some will scream copycat. But it is a formula that works. We certainly cannot hear consumers (and they count the most, not pundits, no matter what the latter believe) complaining – after all, they are getting a phone that ‘feels’ discernibly different, even though it has hardware similar to others.

The difference is software.

In Xiaomi’s case, that is MIUI.

Hugo Barra was spot on.

Xiaomi is indeed a software company.

And while some ‘experts’ might frown at Barra’s declaration of the same, we feel that somewhere (we know not where), a man in round spectacles wearing a black turtleneck and blue jeans, would have paused on hearing his words.

Was this article helpful?
YesNo
TechPP is supported by our audience. We may earn affiliate commissions from buying links on this site.
Read Next
Eight years, Eight times Xiaomi surprised us with the Redmi Note
#Hugo Barra #MIUI 6 #xiaomi