Apple fans can have a new accusation to level at Xiaomi, the company that some call the “Apple of China.” After being accused of copying/being inspired by/paying tribute to the Cupertino company in product terms, now their Vice President is likely to be accused of a copyright violation on a spiritual level.

For about an hour at the Siri Fort auditorium in the heart of Delhi, a venue known for holding classical theatre and music events, Hugo Barra proved that he had not just read from the Steve Jobs Book of Presentations but had added his own footnotes to it. This was not the first time that Barra had taken the stage in India, but in the past he had been constrained to smaller spaces – conference halls and cafes. Small spaces where he literally walked into the audience at times to answer queries.

Well, but April 23 was different. 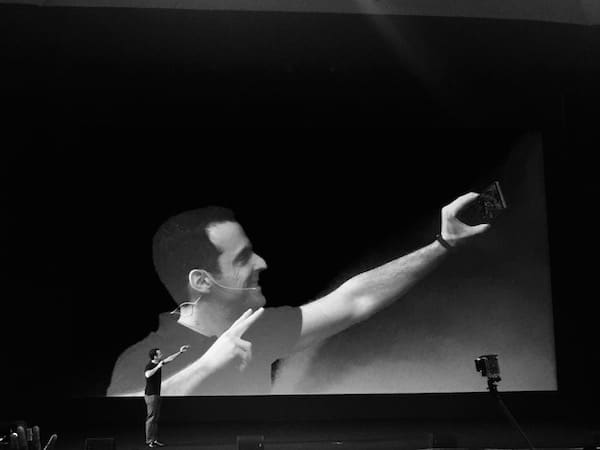 This time Barra had a large auditorium to himself. And instead of a few dozen media persons, had an audience close to two thousand, most of whom were “Mi fans” who had come from different parts of the country. And unlike the launch of the Redmi 2 which had seemed a trifle hurried, Xiaomi seemed to have had the time to get things in place. It was not really about the slides or the videos – those were pretty much the same as they had been in previous Xiaomi presentations and were right out of classic Guy Kawasaki territory – great images and generally not too much text, and not too many special effects.

No, it was about the Xiaomi vice-president. He finally had the venue, the audience (the media were less than pleased at being cramped into small-ish seats and at the hour-late start, but they were vastly outnumbered by the thousand plus Mi Fans who were delighted just to be there and made themselves heard), an interesting enough product, and going by all accounts, the preparation too.

The result was the closest thing to a tech rock concert the country has seen. For more than an hour, Barra was on stage, talking about the product, and holding the audience spell bound.

The Apple CEO and founder has been considered by many to be the ultimate presenter, with his ability to blend surprise with authority and dry humour. Barra, temperamentally, is a different kind of creature. He does not talk to the audience as much as he endeavours to take it along with him. And he laughs more often. But he does many things that Jobs did too – the drop of volume and the near tenderness that crept into his voice when he talked of design, the stress on camera, the polite (oh so polite) reference to the competition (including Apple) as if he was doing them a favour by allowing them to be mentioned on the occasion, the stress on the experience delivered that went into the device and the effort that went into making it rather than the spec sheet, the building up to the price-shaped denoument, and more. 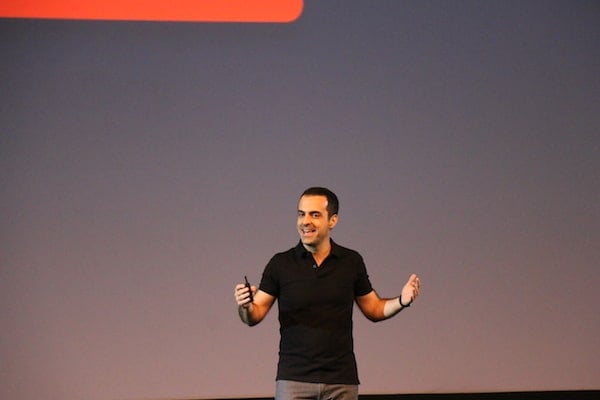 And then there were the mannerisms – like Jobs, Barra likes to walk on stage. And like Jobs, he seems aware that he has a striking profile, and it is why he is so often side-on, while walking (very different from another amazing presenter, Steve Ballmer, who preferred being front-on, but then he was far more imposing). And like Jobs, he loves an audience that applauds but at times seems almost embarrassed by it – like the former Apple CEO, Barra too often says “Yeah” in an almost shy manner when an announcement is greeted by applause. And oh yes, he loves to wear black too, although he prefers an informal T-shirt rather than a turtleneck.

But he added his own little touches too. Unlike Jobs who seemed to be floating on a personal cloud of his own, Barra has a greater connect with the audience. No, he does not resort to cheap stunts, but he does try to entertain – be it taking selfies, answering shouts of “I love you” or even lapsing into Hindi while talking of the price, and asking the crowd: “Kitna doge?” (How much will you give?). And that is perhaps where the Xiaomi Vice President differs most from the Apple founder – while Jobs has the air of a prophet talking to his followers, Barra was more of a man talking to his friends. 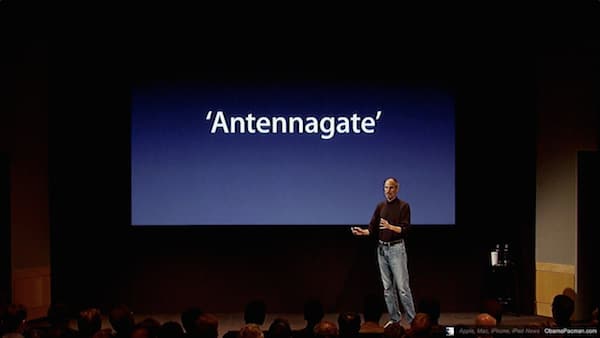 And the vast majority of the crowd lapped it up. There were frequent outbreaks of rapturous applause, whistling and screaming, and while many in the media box frowned at this utter lack of decorum, there could be no missing the fact that the man was not just striking a chord with most of his audience, but was actually playing them like a stringed instrument. No, it was not perfect – there were occasions when the screaming from the crowd seemed out of context and way too noisy (many was the person in the media enclosure who winced when the Mi Fans went insane on the announcement that they would be getting a Mi Band free – ‘paise phenk tamasha dekh‘ muttered one senior journalist, which translates, ‘throw them money, and they will respond‘), but what could not be denied was that for more than hour, Barra had changed a venue that has been known for genteel events into something like a tech rock arena.

Mi fans went away delighted. And Apple fans had a new copycat accusation to level at Barra.

Of not just daring to channel Steve Jobs. But actually succeeding to a large extent in doing so.

The competition will have been taking notes, of course, given the level of attention the event has received. But whether it will be able to replicate what happened for its own products is open to debate. For, while they do have the resources, the technology and the ability, what they do not possess is Xiaomi’s secret weapon. To repeat what we wrote months ago:

It cannot be manufactured in a laboratory.
It cannot be patented.
It has nothing to do with logistics or supply chains.

It is the charm of Hugo Barra.