It’s a big day for Google. The company only a few minutes ago unveiled Android M, the latest iteration to its mobile operating system. At its developer conference I/O 2015, the Mountain View-based company is now also revealing Android Pay, its latest “open platform” take on the intensifying mobile payment system to rival against Apple Pay and perhaps Samsung Pay as well. The new payment system will work with Android devices that have fingerprint sensors and/or NFC support. 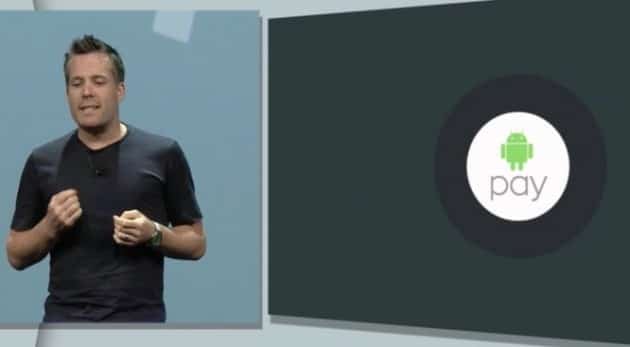 Android Pay isn’t an app, but bestows itself as an API layer which, as the company explains, will allow other companies to build their customized mobile payments system on top of its mobile operating system. “It’s focused on simplicity, security and choice,” said Burke. It also works in-app, that is for in-app purchases. It supports NFC and as well as biometrics devices such as fingerprint scanners.

Android Pay stores credit card information of users locally instead on the cloud, making it possible for users to make payments even without a data connection. For this, it makes use of tokenized card numbers which is a one-time credit card number generated for each transaction. This could prevent any fraudulence significantly, which is the plan.

Android Pay will work with any Android KitKat or above devices. The company says that it will work on over 700,000 stores in the US, and major US carriers — AT&T, Verizon, and T-Mobile — will have it preinstalled on their devices.

Was this article helpful?
YesNo
TechPP is supported by our audience. We may earn affiliate commissions from buying links on this site.
Read Next
Apple Q4 2019 Results Show Record Growth in India thanks to ‘Smart Pric...
#Android Pay #Apple Pay #Google IO 2015 #IO 2015 #Samsung Pay