Xolo has started teasing the launch of the upcoming Black smartphone from the beginning of the previous month, and now the device has become official. The Indian company already announced that the device will be priced under Rs. 15,000 (exclusive to Flipkart) and will get 4G LTE support. Now it’s official that the Xolo Black will be available at a price of Rs. 12,999 starting 13 july. 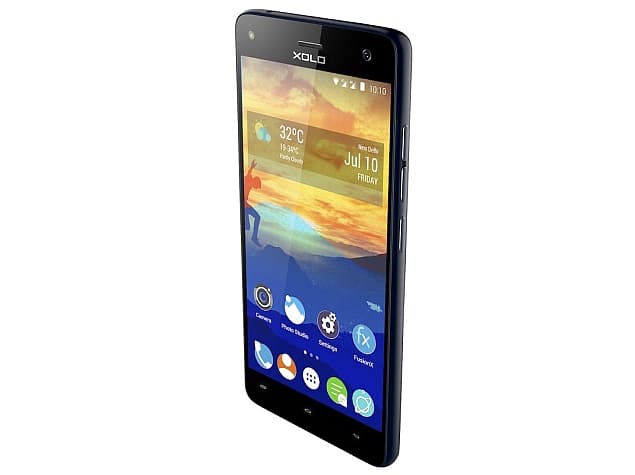 The new Xolo Black has thickness of 7.3mm, which is still pretty elegant, even if there are new smartphones as slim as 5.5mm out there. The phone comes with a 5.5-inch full HD IPS OGS display protected by Gorilla Glass 3 with a 401 PPI density. A neat feature is the light in the power button which “breathes” when you get notifications. Here’s a breakdown of the most important specs of the device:

The Xolo Black sports a 2nd gen Qualcomm Snapdragon 615 Octa Core CPU paired with 2 GB of RAM. There’s 16 GB of internal memory, further expandable with a microSD card. Another nice feature is the hybrid dual SIM technology which means one of the SIMs will act like the microSD card. Of course, the device comes with USB OTG support, as well.

The Xolo Black features a somewhat unusual dual rear camera (13MP + 2MP) setup which enables them to work together in order to focus faster and capture more depth. Thus, this allows the phone to focus in about .15 seconds, being faster than the LG G2 and the Xiaomi Mi 4 (not exactly the newest smartphones out there, but still ‘contemporary‘). Selfie lovers won’t be disappointed, as there’s a 5MP front camera with flash, as well.

The Xolo Black has an intelligent OptiZoom which optimizes digital zoom by taking multiple images and also comes with Adobe Photo Studio for those who want some serious photography software on their devices. With the new Black smartphone, it seems that Xolo has put the focus on its cameras and the photo-taking and editing software.

Regarding its software, the Xolo Black will come with a new version of Hive OS which will bring a feature that will allow users to password protect some areas like messages and it also comes with Comet, a custom browser they have built together with Opera.

There’s a 3200 mAh battery powering this phone which should be enough for a decent lifespan. The device also gets a quick charging feature, which allows it to charge from 0 to 50 percent in an hour. The Black gets quite a few sensors onboard – gyroscope, accelerometer, ambient, hall effect sensor, proximity sensor and magnetometer.

Was this article helpful?
YesNo
TechPP is supported by our audience. We may earn affiliate commissions from buying links on this site.
Read Next
What is UPI Lite and How to Enable it on Any Device [2022]
#india #xolo