Silicon Valley based venture capital firm, KPCB has published an interesting report called “The Internet Report” which depicts the Internet Trends in 2015. The first report was published way back in 1995, a time when the total number of Internet users stood at a meagre 35 million as opposed to 2.8 billion in 2015. “The Internet Report” throws light on some of the interesting aspects of Digital media consumption including the Time Spent per Adult user per day with the digital media. 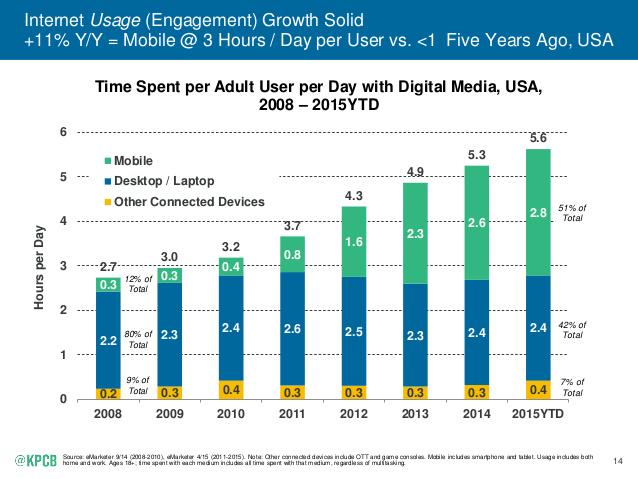 Smartphone users exhibit a greater degree of engagement as they carry it with them all the time, unlike laptops and desktops. The report also speaks about the untapped potential of the mobile ads considering the steady increase in smartphone penetration. 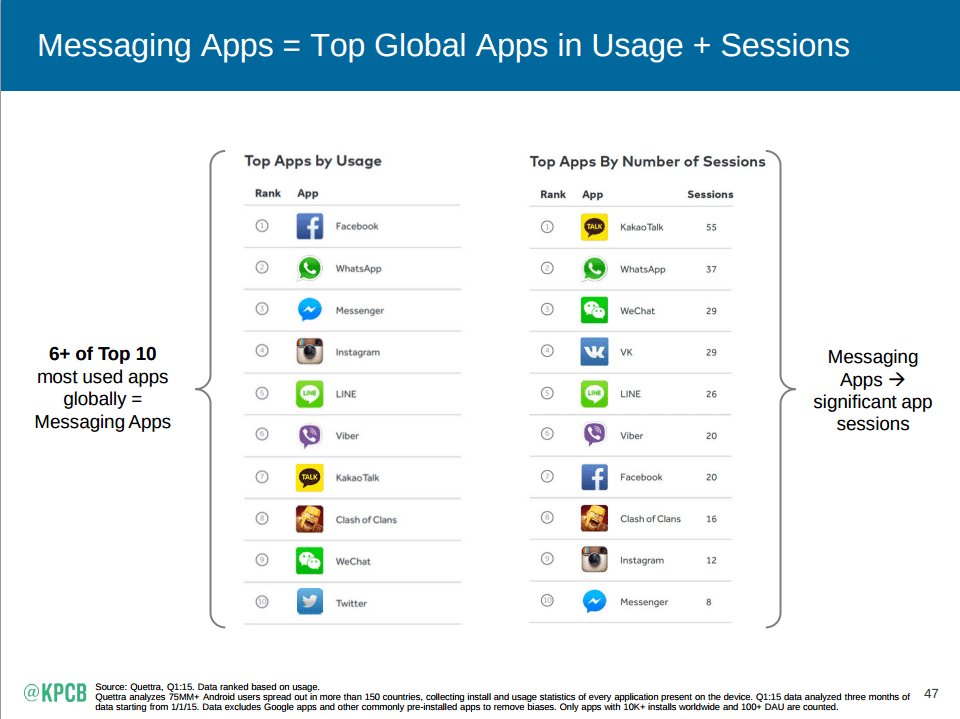 The 2.8 billion estimated internet users amount to just 39% of the human population, so the potential to grow and expand is huge. 51% of the existing internet population is in Asia with China itself being the 23%. There are over 5.2 billion mobile phone users out of which 60% is still on feature phones.

The top global apps in usage category is topped by Facebook followed by WhatsApp which has 800 Million active users and Messenger with 600 Million active users. Surprisingly Twitter figures out in the last place whereas the popular multiplayer online game Clash of Clans stands at eighth place. When it comes to session wise list of apps the Korean Messaging app Kakao Talk takes the lead and is trailed by WhatsApp and WeChat. Do take a look at our previous years report on how the digital news consumption is changing.

TechPP is supported by our audience. We may earn affiliate commissions from buying links on this site.
Read Next
10 Ways to Fix WhatsApp Calls Not Ringing When Phone Is Locked
#Internet Report #WhatsApp