Gorilla Glass, Dragontrail… Too Much Ado Over Display Protection?

This article would not have been written if we had not posted a review of the Xiaomi Redmi Note 3 last week. For, within a few minutes of putting up that story, we were deluged by queries – not about the device’s performance, display quality, camera, processor, storage or battery (the usual suspects when it comes to reader interrogation following a review), but about the protective coating on the display of the device. “Does it have Gorilla Glass?”; “Is it Dragontrail protection?” were the queries that streamed into our inboxes, evidently because that part had not been clarified in the official technical specifications of the device. 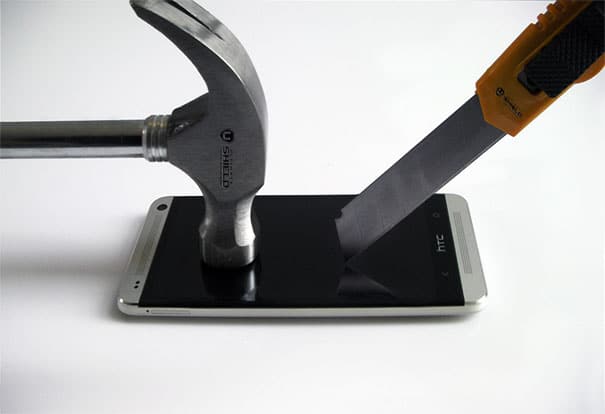 This interest in the “protection” around a display is fascinating, not least because as per our experience, a majority of users any way place a screen protector of some sort over the display any way. It might be as basic as a strip of plastic or as sophisticated as tempered glass, but it is rare to see a person in India using a relatively expensive phone (anything above Rs 5,000 is expensive for a phone in which the vast majority of users still use feature phones).

In our opinion, the fascination with Gorilla Glass and other types of protection (we mention Gorilla Glass because Corning’s glass is considered the benchmark for tough display glass by many people) goes back to the Nokia N8 in 2010. When the phone was launched in India, one of its features that was most showcased was the fact that its display would not be scratched even if you rubbed it with keys or other objects normally found in pockets – some even tried scratching it with a Swiss Army knife (Google for “Nokia N8 Gorilla Glass” to see the testing frenzy that accompanied that display). That was also around the time when touch screens started becoming the rule rather than the exception in the Indian market, and this resulted in displays rather than keyboards becoming the primary source of user interaction with the device, making it more prone to scratches and smudges than a display parked over a keyboard. So a display that was “scratch resistant” definitely had its attractions.

Not that it stopped people from using screen protectors or ‘screen guards’ as most refer to them in India!

In fact, the screen protector is pretty much the most used smartphone accessory in India according to many people. And although we have no official statistics to quote in this regard, the popularity of these “screen savers” can be gauged from the fact that they are sold in vast quantities not just in proper retail stores and from online portals, but even on pavements and shady, less-than-official bazaars (“You want to know if something is popular? Check if it is being sold off the pavement and in the grey market” a marketing pundit once told me). In fact, when OnePlus India’s general manager, Vikas Agarwal announced that the OnePlus X would come with a screen protector pre-installed on it, he got as big a round of applause as he had while talking of the price of the device.

Small wonder then that a number of cellphone manufacturers even include screen protectors in the retail package of phones. And that no manufacturer has ever put their reputation on their line and claimed that their phone or tablet does not need a screen protector at all – we keep being told that these options are “scratch resistant” and not “scratch proof,” so while they will survive most routine situations unscathed and unscratched, they are not exactly immune to the impact sharp objects can have on them. Indeed, most devices will at some stage pick up scratches at some stage in their existence, irrespective of the hype surrounding their display. 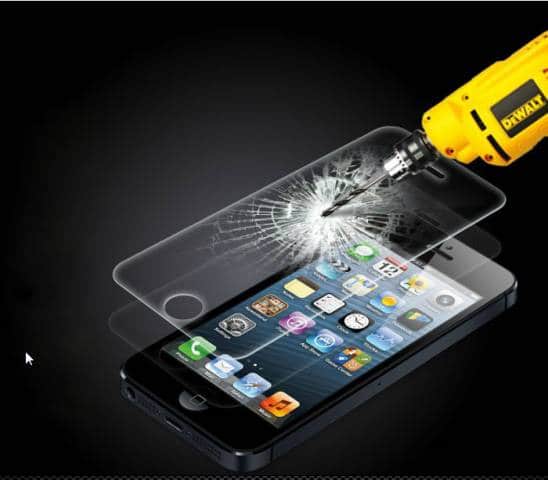 So if screen protectors are SO important and are going to be used anyway (in most cases), why is there so much concern about the kind of material being used to protect the display, whether it is Gorilla Glass or Dragontrail or Oleophobic coating or whatever is the latest display protection tech catchphrase in town?

Well, there are two reasons for this: the first is the rather basic one of strength. They might not be totally impervious to scratches and might not be totally able to survive falls, but there is no doubting that a Gorilla Glass or Dragontrail reinforced display is significantly tougher than its “normal” brethren. You therefore have a much tougher piece of hardware in your hand, and knowing that your phone or tablet has a better chance of surviving a fall can be very reassuring indeed. And while any toughened glass can make a display harder to break, the likes of Corning and Dragontrail do so without making your phone appear like a tank and/or losing aesthetic appeal.

That said, the interest in display protection has never been higher. People now even ask us which version of Gorilla Glass is on a device – 2,3 or 4 – and it is not unusual to see questions asked even in press conferences about the “protection offered to the display.” Xiaomi’s Hugo Barra even spent half an hour trying to scratch the display of the Redmi 1S with a pair of scissors when one of our colleagues expressed concern that it could pick up scratches easily. That said, we have seen no device which does not at some stage start picking up scratches, no matter which level of protection is placed on it.

Let’s understand why. Neither Gorilla Glass nor DragonTrail is perfect, and sand is their biggest enemy. The Mohs scale ranks mineral hardness from 1 to 10, with 10 being the hardest. Quartz is 7 on the scale, just above Gorilla Glass, which many think is between 6 to 6.7 (Corning stays away from defining the accurate Mohs hardness number). In daily use, the screen can be easily scratched if dropped or exposed to sand or dust. Although the main ingredient of Gorilla Glass/DragonTrail glass is quartz, it contains other ingredients as well. It has a more loose and disordered structure than quartz crystal and is softer than quartz, even after upgrades. So something as insignificant as sand can scratch most smartphone displays. 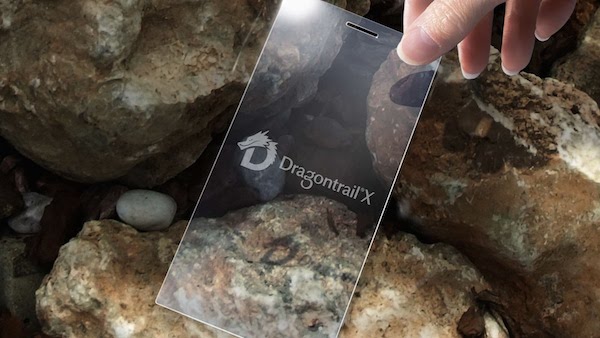 So should you be concerned about the protection on the display of your phone or tablet? Well, it would be extraordinarily naive to claim they make no difference whatsoever. They not only take longer to pick up scratches but are also generally tougher to break. And that counts for a fair bit in the books of many people. Especially those who think that using a screen guard is sacrilegious as it spoils the appearance and even the ‘experience’ of the device. “It might protect the display from scratches, but it gets scratched itself so to most bystanders, you are anyway carrying a phone with a scratched display, and unless it gets changed often (which costs a fair bit of money – screen guards in India cost anything from USD 2-5), will spoil the user experience. Who wants to look at a display with scratches, whether they are on the display itself or on a strip guarding it?”, one of my friends once told me. That said, we doubt if the absence of branded display protection in a device can be a deal breaker. There are cases and screen guards to rescue you, after all.

So if you like a device but cannot find the words “Gorilla” or “Dragontrail” in its spec sheet, our advice is simple: go ahead and buy it, and invest in a good case and tempered glass. Your phone will be just fine. And don’t wince at the extra cost: you would have spent it anyway (or even more) even if the device had come with the latest edition of Gorilla Glass or the best that Dragontrail could offer.

And if that sounds difficult to believe, go to Amazon or Flipkart and search for a screen guard for any device – there is even one for the shatterproof display of the Moto X Force.

And in a delicious twist of history, even the Nokia N8.

Corning announces Gorilla Glass Victus with much improved…
Redmi Note 8 Pro Review: Much Bigger, Much Better - Plizz to…
The Mi Mix Alpha is super cool, but just HOW much display do…
Why do tech reviews take so much time?
[Tech Ad-ons] OnePlus 7T: RDJ Plus Dance… and not much else
It sure is cool, and happening, but how much do you REALLY…