For about ten months from July 2014 to June 2015, Chinese manufacturer Xiaomi seemed to be on a roll in India. In that period, the company released no fewer than seven phones (the Mi 3, the Redmi 1S, the Redmi Note 3G (withdrawn later), the Redmi Note 4G, the Redmi 2, the Mi 4, the Mi 4i, one tablet (the Mi Pad), and a number of accessories (the most famous of which was the Mi Band), all of which were very well received. Many even credited the Chinese company with not just introducing the concept of online flash sales in India, but also for turning the whole price-performance equation on its head as far as the Indian market was concerned. 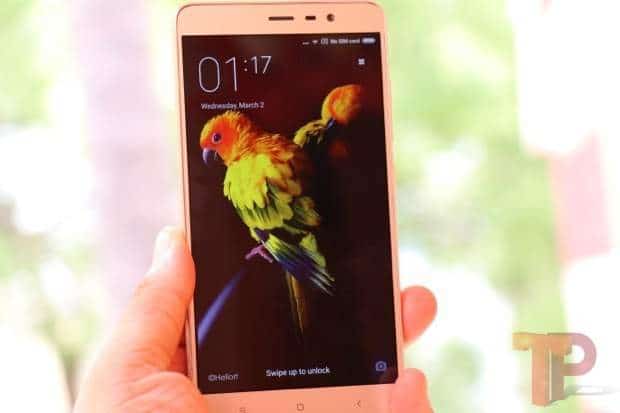 And then, it went quiet. Or relatively so. Xiaomi did launch its Make in India initiative and also MIUI 7 in the country, and also Prime versions of two devices, but by its own standards, the company that many had called the Apple of China, had no major releases. Interestingly, this very period saw a number of other Chinese brands enter the market with their own offerings, many of which adhered to Xiaomi’s own “amazing specs at an amazing price, sold only online” template. It was a period which saw Xiaomi transition from being the maverick newcomer to being the veteran in the wings. At least in India.

Well,the Redmi Note 3 sees it step out from the wings. And going back to basics. With a vengeance. For, notwithstanding all the talk of premium quality and budget flagships from some quarters, make no mistake about it, the Redmi Note 3 is Xiaomi fighting on the battlefield that it is most at home in: brutally high value for not too much money.

More compact and metallic than before 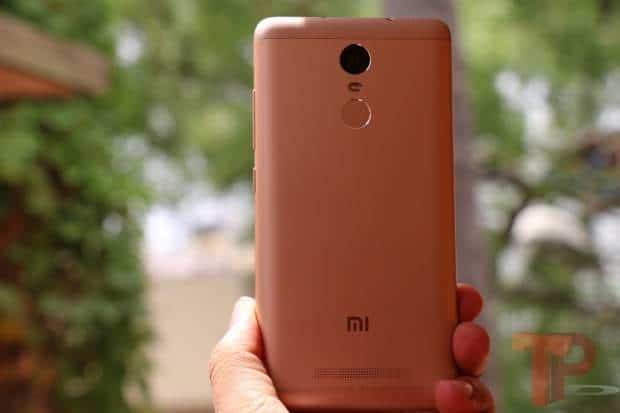 Which is not to say that the Redmi Note 3 is devoid of premium touches. Indeed, thanks to its metallic build there are many who feel that it has a more premium feel to it than the all-plastic Mi4i and indeed even the mainly plastic Mi 4. In terms of design, the Redmi Note 3 is cut from a very different cloth from its predecessor, the Redmi Note 4G. Whereas that worthy was an unabashedly large phone that whispered if did not quite scream the P(hablet) word, the Note 3 is a much more compact creature. Yes, it does have a 5.5 inch display like the Note 4G, but while that device comfortably skipped past the half foot mark, the Note 3 just about touches it (it is exactly 6 inches or 150 mm long). Rather remarkably, it is not too wide either (76 mm) and while its 8.7 mm thickness will not gain it entry to the chamber of the digitally anorexic, it is definitely on the slimmer side.

In terms of aesthetics as well, there is more beauty than beast to the Note 3, something which one could not say of its predecessor. We got the gold model and well, it turned heads when placed on a table because of its color, although we must confess that many confused it with the Le 1s and the Honor 5X from the front. The front also shows you why the Redmi Note 3 appears so compact – Xiaomi have shaved a fair deal of bezel off the sides and shortened the top and the ‘chin’ of the phone. The phone has a more distinct feel to it from the fact – it has a very curve-y feel to it, with the metal volume and display/power buttons on the right, a 3.5 mm audio jack on top with an infrared blaster right next to it, and the micro USB port on the base. The left only has the dual SIM card slots (one of which can be used for expandable memory). The back has the camera with a dual LED flash and a fingerprint sensor below it, all topped off with a grille towards the base. The gold is not a shiny in-your-face-glittering gold but a slightly more suppressed hue, like honey infused with copper.

In short, it looks good and is surprisingly compact. It is the only 5.5-inch display device I have used so far that fit easily into the palm of my admittedly large hands. Even my better half, who has small hands even by feminine standards, was not too thrown by its size. We have no official confirmation about the protection on the display but we can confirm that it definitely seems very resistant to scratches. What the protection is, however, is something we cannot confirm at the moment. Ah, mystery!

A final note – take a closer look at the tiny 1 mm tall ridge on the back of the device just below the speaker grille. It is not a design aberration but is meant to keep the phone very slightly elevated to let you get better sound from the speakers – neat touch, that.

Hardware that bests the Mi4i 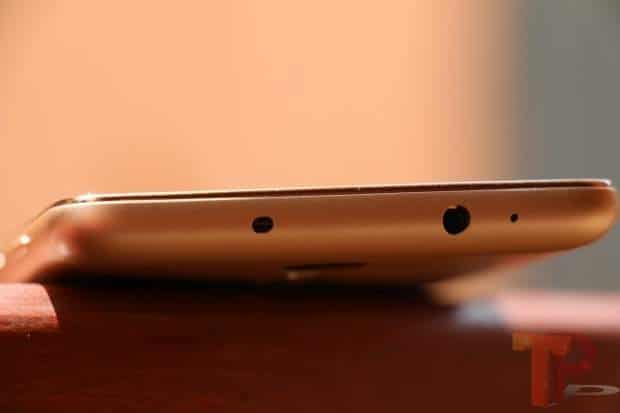 The insides of the device, however, have more than a hint of the beast about them. In fact, while it might be part of the Note series, in terms of sheer hardware, the Redmi Note 3 seems a mighty step up from the Mi4i. The display is a full HD one, which gives it a pixel density of 403 ppi. The rear camera is a 16.0-megapixel one, the front one a 5.0-megapixel affair, RAM has been bumped up to 3 GB and storage is 32 GB with an expandable option (there is a 2 GB RAM/ 16 GB storage option available too), and an infrared port is added to the connectivity mix that includes 4G, GPS, Wi-Fi and Bluetooth. Most important of all, however, the device is the first in the market to be powered by the hexa core Qualcomm Snapdragon 650 processor, a chip that some say rivals and even betters the Snapdragon 801 chip in the likes of the OnePlus X and Mi4, and is not too far off the pace when compared to the Snapdragon 808. Round that all off with a massive 4050 mAh (an engineering marvel in such a compact device which weighs just 164 grammes), Android 5.1.1 with Xiaomi’s MIUI 7 interface and the Note 3 packs in quite a lot of muscle. 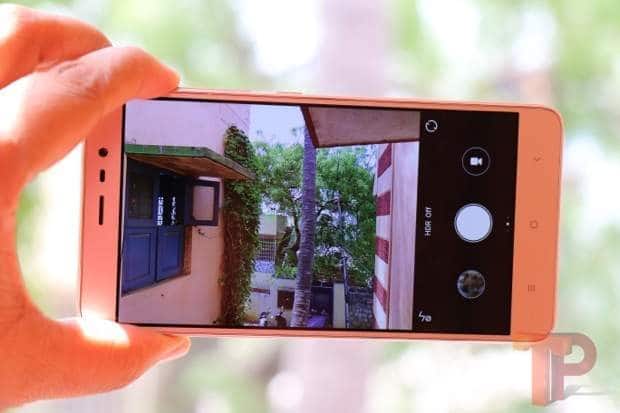 And the Note 3 does justice to all that hardware goodness. No, there is no single part of it that will bowl you over, but as you keep using it, you will find yourself getting accustomed to a lot of things that you would not normally see in other devices at this price point, or even significantly higher priced ones. The Snapdragon 650 passes most tests with flying colors (and also delivers a staggering benchmark score), be it playing high definition games, multi-tasking or detailed image editing. And while it might share a few digits, it has none of the Snapdragon 615’s (in)famous heating problems. We never felt it get uncomfortably warm, even though its temperature did rise discernibly during extended gaming sessions. 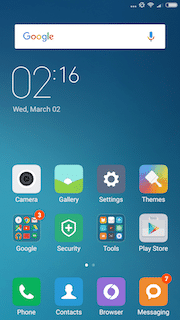 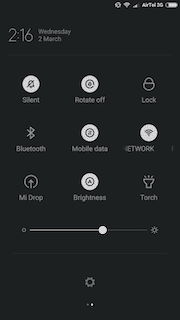 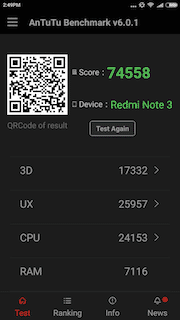 The display is a very good one and viewing angles are good, although we feel it was just a shade over saturated colors – reds and pinks seemed to be on eye-poppingly unrealistic levels at times. We cannot see too many people complaining, though (hey, most people like bright colors). The camera errs on the opposite side, scoring high on detail, but not in the color department, where it seemed to render slightly drab shades at times. It is no low light virtuoso either. We would in fact rank it a notch below the very good shooter on the Mi 4i, but in good light conditions, will hold its own comfortably against most comers. The fingerprint scanner works very smoothly and is perhaps the best we have used at this price point in terms of sheer consistency. Sound quality is the one department where the Note 3 finds itself on relatively mortal ground – it is good enough in terms of quality and volume, but not really in the league of the sonic wallop delivered by the likes of the Lenovo K4 Note. 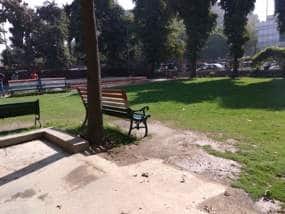 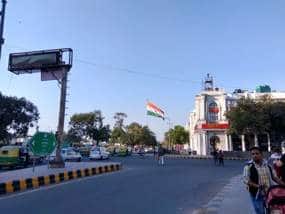 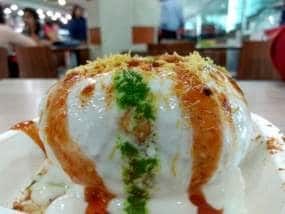 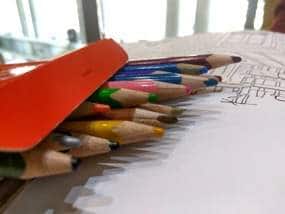 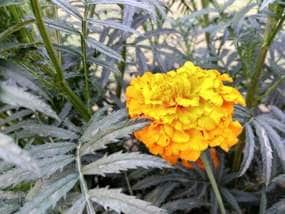 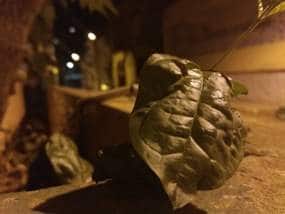 MIUI 7 remains one of the best Android UIs we have used and it runs quite smoothly right through on the Redmi Note 3. We saved the best for the last – that 4050 mAh battery will more often than not see you through close to two days of normal use, and a day and a half of really heavy use. In terms of performance, the Redmi Note 3 is that rare specimen – one that gets you addicted to it by sheer dint of consistency, rather than one killer feature. 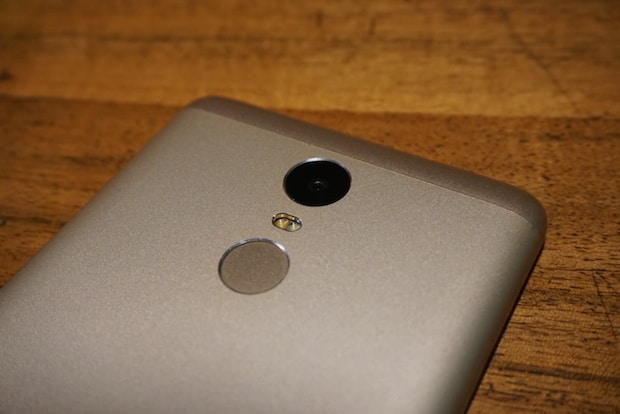 And all this comes at a price of Rs 11,999 (Rs 9,999 for the 2 GB/16 GB edition). When you consider what’s on offer, this makes it perhaps the most pleasantly surprising price tag we have seen on a Xiaomi product since the Mi Pad in 2015. Mind you, it is a tribute to just how much the market has changed (courtesy, ironically, Xiaomi itself) that even at this price, the Redmi Note 3 finds itself faced with some formidable competition, including the likes of the Lenovo K4 Note, the Moto G3, the Huawei Honor 5X, and of course, the newest kid on the Indian cell block, the LeEco Le 1s. With talk of a similarly priced Yureka 2 in the air, this segment promises to see a very feisty battle indeed. No, we are not taking or placing bets on who will be the last man standing in that one, but as of now, we can safely announce that as far as India is concerned, Xiaomi is well and truly back, and waging war on a battleground that it created.

Was this article helpful?
YesNo
TechPP is supported by our audience. We may earn affiliate commissions from buying links on this site.
Read Next
OnePlus Buds Pro 2 Review: Great buds for pro bros with OnePlus devices
#Redmi Note 3 #review #xiaomi