WhatsApp finally has a feature that most other messaging apps worldwide have had for ages – desktop apps. The Facebook-owned company has released a native desktop app for both Windows and Mac devices. As you’d expect, the app supports desktop notifications, and much like the WhatsApp Web, it’s merely an extension of your phone as it mirrors the conversations and messages from your mobile device. 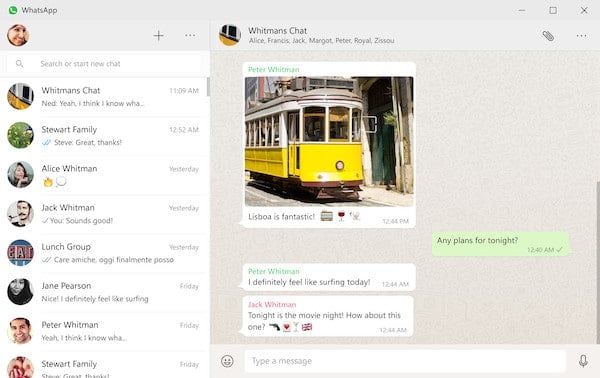 The new desktop app is available for Windows 8+ and Mac OS 10.9+ and is synced with WhatsApp on your mobile device. This means your phone should have an active internet connection for the desktop app to work, which is a bit of a downer considering other messaging apps like Telegram can work well without that.

There have been rumors and leaks surrounding the native desktop apps, so this should not surprise many people. The best part about the native desktop app compared to the web app is the ability to share files and documents, which wasn’t possible earlier. This should help WhatsApp scale up even faster. WhatsApp accounts for more than 1 billion monthly active users, amongst the best in the industry.

To get started, one can go to the WhatsApp download center to download the native desktop app for either Windows or Mac.

Much like the WhatsApp web, after installing the native app, one needs to scan the QR code using the WhatsApp app on your mobile device present under “Settings -> WhatsApp Web”. Both UI and UX are precisely the same as the WhatsApp Web app. You are allowed to upload a profile photo, change your status message, share photos and record audio messages, but still can’t place a phone call which would have been a killer feature.

TechPP is supported by our audience. We may earn affiliate commissions from buying links on this site.
Read Next
Fix WhatsApp Images Not Showing in Gallery (iPhone and Android)
#WhatsApp