There are many who believe – and with good reason – that the first Moto G spurred the wave of affordable smartphones that did not cut too many corners in terms of performance. When it first appeared in the market three years, the first Moto G was a huge surprise for many users, combining decent hardware with stock Android (and assured updates) at a price that was a third of what many high-end Android flagships were offering. Yes, it did not match them in all departments but it more than held its own in most, which had it a massive hit among those who wanted a great smartphone experience without taking too big a financial hit. 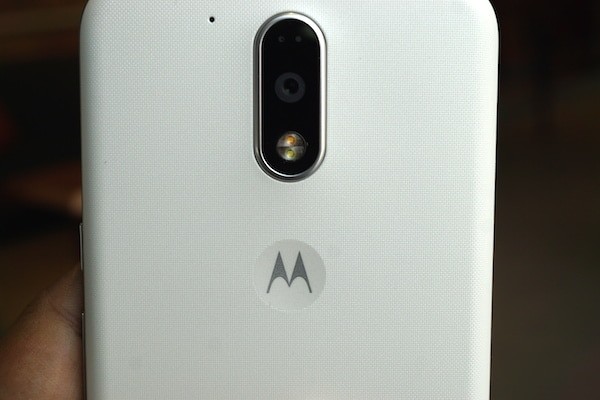 The problem with the “great specs and performance at an affordable price” formula, of course, was that it could be copied. And copied it was. With telling effect. The years that have passed since the arrival of the Moto G have seen manufacturers not just clone its essence but boost up spec sheets and undercut its price significantly, so much so that the previous Moto G was reduced to fighting purely on ‘experience,’ something that is not seen too often in the spec-heavy world of Android devices.

Well, with the G4 Plus, the Moto G comes to the spec wars. Yes, it still sticks to some basics, such as stock Android UI (it runs Android Marshmallow out of the box) and the usual Moto add ons like twisting your wrist to launch the camera, chopping the air twice to launch the torch, and picking up the phone or turning it face down to stop it from ringing. But added to the mix are a full HD display for the very first time on a Moto G, a very good 16.0-megapixel camera with laser focus, and a fingerprint sensor. Those looking for a much more powerful processor underneath the hood will be a trifle disappointed – the Moto G4 Plus comes with a Qualcomm Snapdragon 617 processor, which is a step up from the Snapdragon 615 that we saw on the Moto G Turbo Edition, but is not really in the same league in terms of benchmarks as the Snapdragon 650 or the new mid-segment processors from MediaTek. Motorola does add 3 GB of RAM and 32 GB of storage (expandable to 128 GB using a memory card, without having to give up one of your two SIM slots) to the mix, and tops it all off with 4G connectivity and a relatively large 3000 mAh battery. 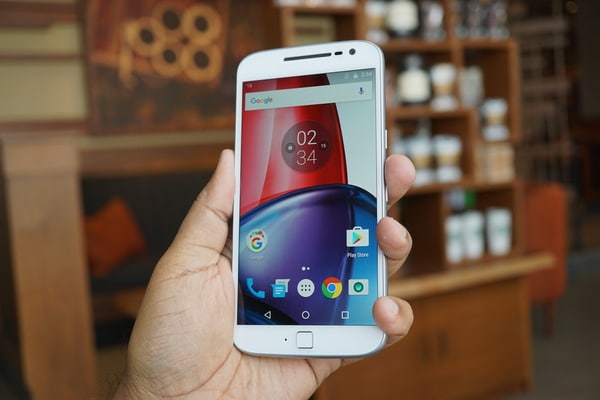 The frame into which all this is packed is likely to evoke extreme reactions – as our editor Raju PP, rather bluntly put it “people will either love it or hate it.” My own personal inclination is towards one of disappointment, for the Moto G4 Plus is perhaps the first device in the series that seems to be cut from Korean cloth rather than Moto’s own design fabric. You can read more in our first impressions of the device but in sum, the G4 Plus is a bit on the larger side and thanks to the slightly protruding camera unit on the back, is not the slimmest phone in tech town either. It bears repeating that contrary to what many people had predicted, the fingerprint scanner does not go into the Moto logo ‘dimple’ on the back but comes in below the display – the dimple on the back remains, but has the Moto logo on it as usual. A slightly large and rather Plain Jane is our assessment of the visual appeal of the Moto G4 Plus.

But then rare is the person who has invested in the Moto G for mere aesthetics. Nay, the device’s performance has always held greater appeal, and in this regard, the Moto G4 Plus is well, a bit of a rose – a flower with thorns. 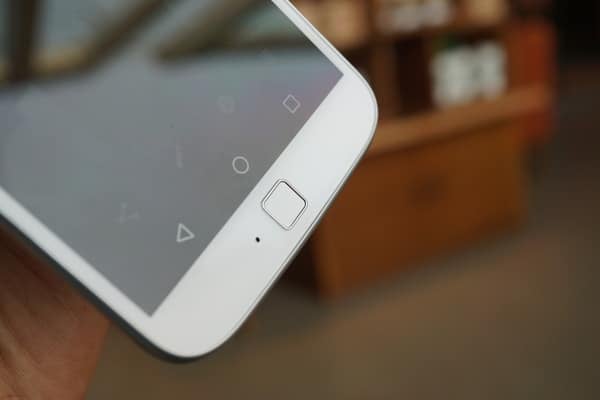 On the flowery side, there is no doubt that Moto has entered the ranks of very good cameras in the sub-Rs 20,000 with its 16.0-megapixel shooter. The camera had initially been the Achilles Heel of the Moto G, but the company had shown signs of tackling it with the rather decent shooter on the Moto G (3rd generation) and now can claim to have turned a signfiicant corner with the G4 Plus. The camera on the device combines the speed of its predecessor on the Moto G (3rd Generation) and combines it with better handling of color and more detailed captures. And Lenovo (this is a Lenovo phone, remember) has tweaked the camera interface, moving it out of the bare bones stock Android one, and adding more features to it, including a Pro mode. The result is one of the better cameras in the sub-Rs 20,000 category, and also one of the more consistent shooters we have seen on a Moto. Is it the most advanced in its class, as the company claimed? Not quite, given its penchant for inconsistency, especially in close ups and its sub-standard low light performance, but it has definitely gone from being a Moto G liability to an asset.

In terms of performance, the Moto G4 Plus picks up from where the Moto G Turbo Edition left off last year. The display is a very good one, although not quite in the class of the Zuk Z1 (yes, we appreciate the irony) in terms of brightness. And yes, stock Android runs very smoothly on it as long as you stick to tasks like browsing, social networking, e-mail, messaging and the odd casual game. We have grown to love the uncluttered interface and the ability to get notifications on the lock screen as well as the gestures – we were twisting out wrists to launch the camera before our first day with the device was out. Sound quality was decent rather than exceptional on loudspeaker (higher volumes would have been nicer – we wonder if removing the twin front facing speakers affected it in this department) and call quality was very good indeed. If you are a routine phone user than a power one, then this is one of the smoothest functioning phones out there – take our word for it. 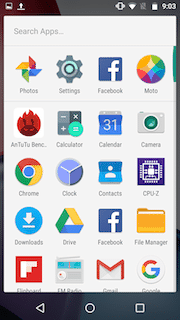 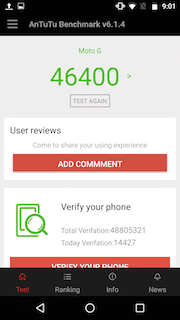 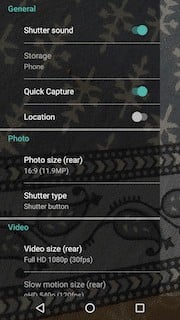 The thorny side of the G4 Plus however tends to come to the fore the moment you push it into high-end game territory. We encountered lags on the Asphalt series and FIFA 16, although the likes of Angry Birds and Temple Run played enough. Battery life was also a bit on the mediocre side, although we think that is a consequence of the device’s having a full HD display and a good camera – you will end up taking more pictures with this Moto than with any of its predecessors, which does butcher the battery. But still, all said and done, you should be able to see out close to a day of normal usage, which is par for the course. Given the G4 Plus’ recharge prowess (a quarter of an hour juices it up for a few hours of usage), battery life is not likely to be a massive concern.

We wish we could, however, say the same for the fingerprint scanner, which not only does NOT double up as a home button, as it does in many devices, but also is rather inconsistent. The fact that it is the only hardware button on the front of the phone made us hit it all too often in our initial days, expecting it to get to the homescreen. That it did nothing of the sort was a trifle annoying and its case was not helped when it failed to detect our fingerprints to unlock the phone a good four times out of a dozen. Honestly, we think the phone would have been better off without the feature, which is a bit of an eyesore as well. 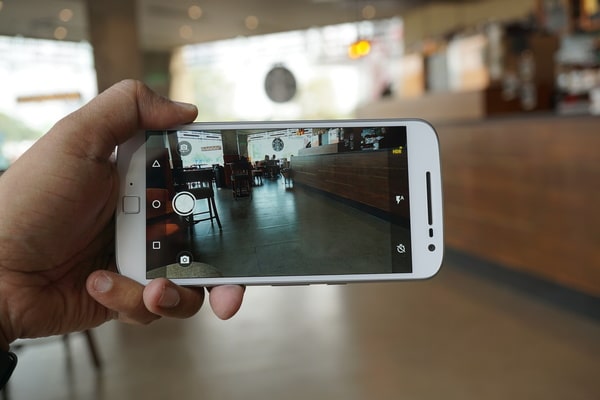 For all its eccentricities, the Moto G4 Plus is quite a well rounded product, but when you consider that you can get the Redmi Note 3 at Rs 11,999, the Zuk Z1 at Rs 13,499 and the recently released YU Yunicorn at Rs 12,999, the G4 Plus suddenly starts appearing expensive at Rs 14,999 (the price of its 3GB RAM/ 32 GB storage variant). And each of those worthies matches the G4 Plus not just in terms of spec sheet, but also when it comes to at least two of its three areas of added strength: display and fingerprint scanner. The camera is a closer battle and will vary as per taste and preference, but each of those three compensate with much more battery power and honestly (we NEVER thought we would say this) look a lot better in terms of design. And while the phone is splash resistant, you cannot go about soaking it in water as you could its predecessor.

In fact, the only features on the G4 Plus that the competition cannot match at all are stock Android, and the Moto brand name. And we would recommend it to those who value those two attributes – the smoothness of stock Android (at least for routine tasks) and the ‘reliability’ that comes with the Moto name (never mind that the company has switched ownerships as often as Mario Balotelli in the past few years). The camera – which we insist is the best we have seen on a Moto device for a while – should be the perfect icing on the cake. 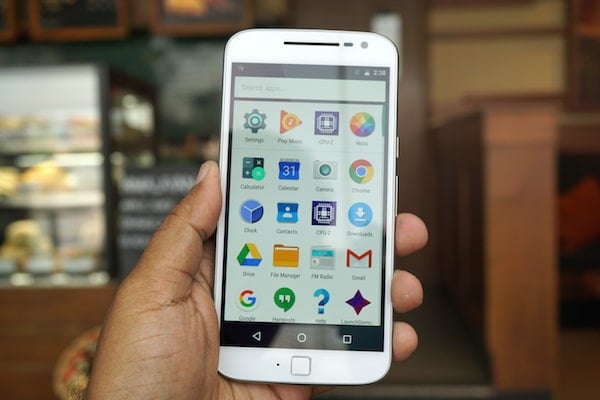 If however, you are looking for the best Android device in the sub-Rs 15,000 category, the G4 Plus is not quite the overwhelming favorite that the first (and perhaps the second) Moto G was. In fact, if all you need is a phone for routine tasks, we would even say that the previous edition of the Moto G remains a decent option, with better water handling ability and a more eye-catching design to the mix. The G4 Plus is perhaps one for Moto and stock Android lovers. Those seeking neither might be tempted by other more powerful, less expensive, offerings.

Yes, with the G4 Plus, the Moto G has indeed come to the spec wars. But more as a worthy warrior than a general.

Was this article helpful?
YesNo
TechPP is supported by our audience. We may earn affiliate commissions from buying links on this site.
Read Next
Skullcandy Mod Review: Betting on doing the basics well
#Featured #Moto G4 Plus #Motorola #review