Top 10 MIUI 8 Features You Should be Aware of

MIUI 8 Global Beta ROM is finally official and is available for download for a select few devices including the Redmi 2, Redmi Note 3G, Redmi Note 4G, Mi 4i, Redmi Note 2 and Mi Max 32GB variant. Unfortunately, the global beta ROM for Xiaomi Mi5, Mi4, Mi3 et al. are yet to roll out. 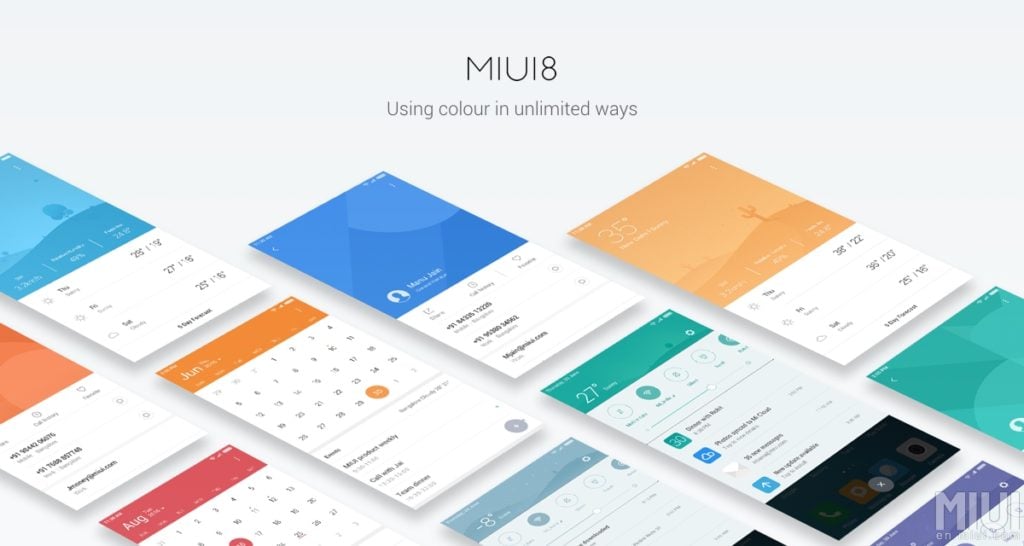 Xiaomi however, has already announced that the stable MIUI 8 Global build will roll out to all its range of smartphones starting from the Mi2/2s to the Mi5 on August 16. So without further ado let’s have a look at the new features MIUI 8 brings to the table.

MIUI 8 now comes with an improved notification bar which according to me closely resembles the one found in the present version of TouchWiz when it comes to the punchy colours and the animations. The notifications bar eventually comes with all the Quick Toggles including WiFi, Data, GPS, Bluetooth to name a few. It’s also worth noting that the notifications bar also comes with a Weather widget that makes use of the company’s own Weather app. MIUI 8 however, is also providing users an option to switch back to the two-page notification option found in the previous generation of the ROM directly from the Settings Menu. 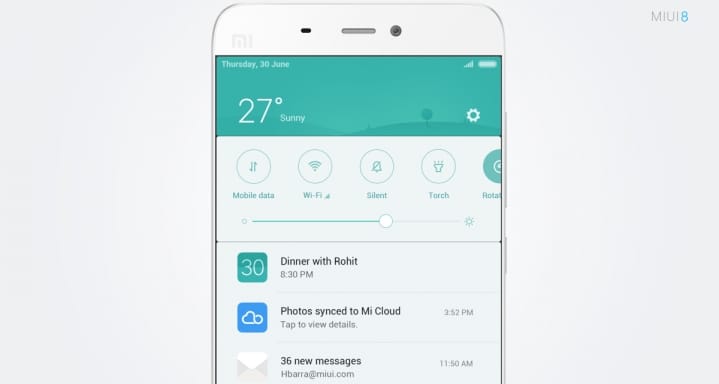 Wallpaper Carousel Helps to Give Your Phone a Fresh Look

The latest built of MIUI comes with a new feature dubbed Wallpaper Carousel that helps to automatically change wallpapers on your lock screen every day, thereby giving a fresh look to your device. That said, MIUI is also allowing users to granularly choose wallpaper categories like Abstract, Nature, Sport etc. Xiaomi has been testing this new Wallpaper Carousel feature for some time now. In fact, it was initially added to the developer ROM of the MIUI 7 a few months back, however it failed to make it to the stable ROM. It’s however worth noting that the Wallpaper Carousel features doesn’t come with the ability to change your home screen wallpaper. For that you would still be required to use any third party apps like Wallpapers for Me. 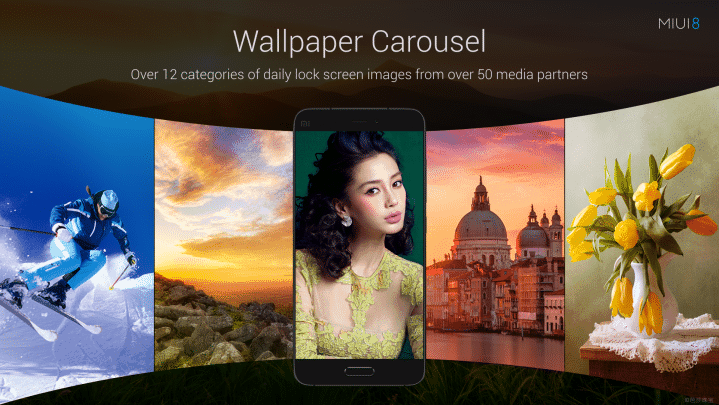 Calculator App Doubles Up as a Unit/Currency Converter

Xiaomi has not only tweaked the visuals of their calculator app here and there, but have also added a much required feature of Unit/Currency conversion. This means you can directly convert feet to meter, km to mile and even USD to INR directly from the app, instead of relying on Google every time. 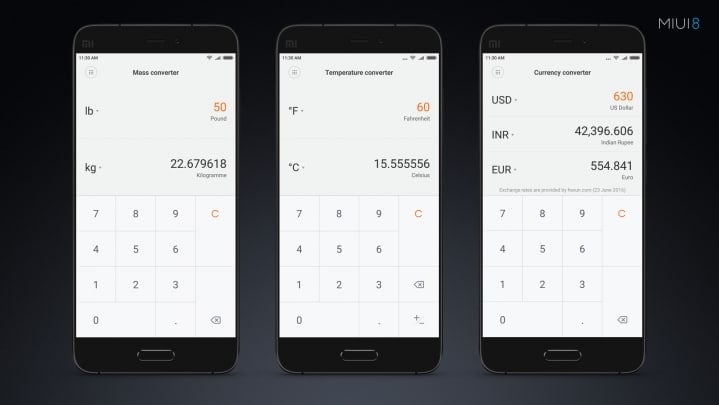 Sharing screenshots on chats or for some work purpose has become a daily habit in most of our lives. So it’s nice to see Xiaomi focusing on this tiny yet important aspect of the user interface. With the MIUI 8, the screenshots no longer crop up on the notifications bar, instead it appears a small tile on the top right corner of the display with an option to share the same via Chat Apps, Social Media, Bluetooth etc. That said, the current build of MIUI 8 also includes a feature known as the Scrolling Screenshots that will allow you to capture a lengthy word documents or webpage in the form of a screenshot. This is in fact similar to the Panorama mode of cameras where multiple images are stitched together to make a single wide Panoramic photo. 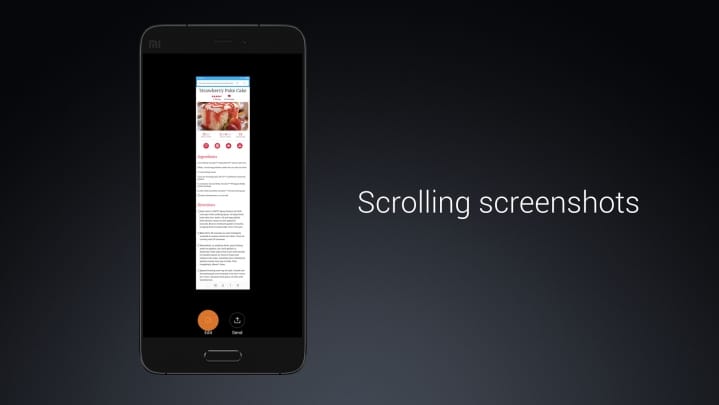 The gallery on the MIUI 8 has undergone a sea of change and now comes with features like swipe up to share, Mi-cloud sync and improved photo and video editing features. That said, the Gallery has received an entire visual refresh and now shows Panorama photos in Landscape preview. The Video Editing department too is bolstered with the addition of new filters, effects and ability to cut short a video manually. Apart from that the Photo Editor now comes with an all new Doodle option. 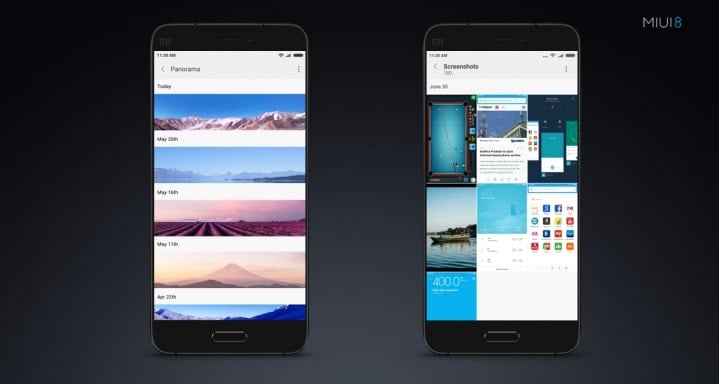 MIUI 8 comes with an intuitive feature that allows you to create two different profiles to separate your personal and work area. This feature dubbed as Second Space is similar to the profiles option of Windows which allows you to log-in to a PC using two or more separate users. Making use of the Second Space options you can not only segregate files between the two user profiles but also stuffs like contacts, apps etc. That said there’s an option to enable a few apps or setting in both the profile i.e. you can enable your Facebook App in both your user profile – be it work or personal. 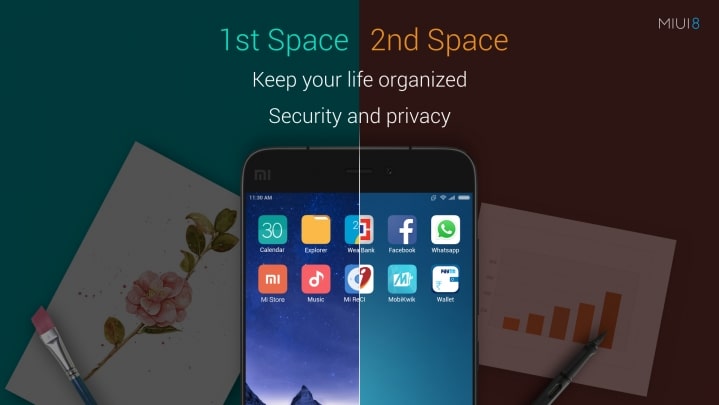 Dual Apps is yet another feature that’s new in MIUI 8. It allows you to use to different account for a same app by simply cloning it. This is specifically use for apps like WhatsApp or Facebook that allows you to log-in to only one account at a time in a single device. 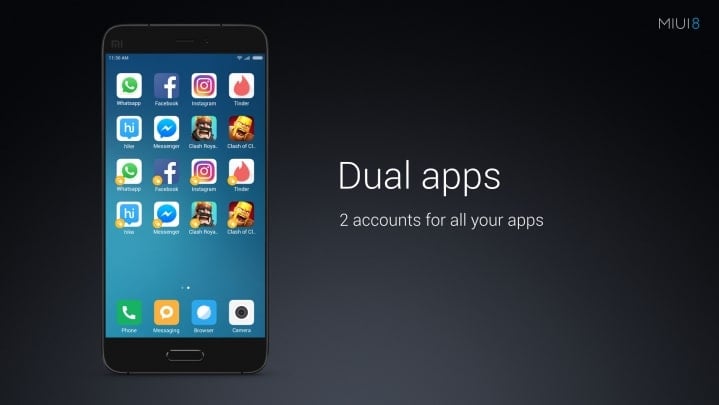 On enabling the Dual Apps options in the Setting menu, the system creates a copy of the app icon and adds it to the home screen. Then go to the cloned app and sign-in using a different account. Yes, it’s that simple! That said, there are a few apps in the PlayStore that provides this clone feature like Parallel Space, albeit not with this sophistication. 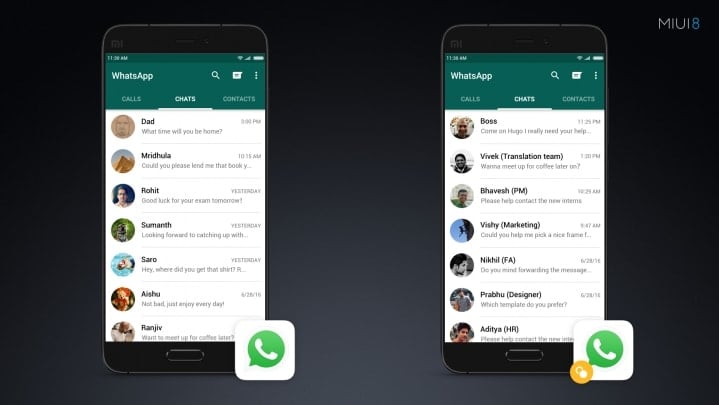 Quick Ball is a touch assistant feature that comes built-in to MIUI 8. It’s simply a floating menu to the side that side a host of shortcuts including home, back, camera etc. The shortcuts can also be granularly customized directly from the settings options. This feature is rather useful for large screen devices like the Mi Max or even the Mi Note Pro. Xiaomi has also provided an option to switch of the Quick Ball option completely from the Settings. 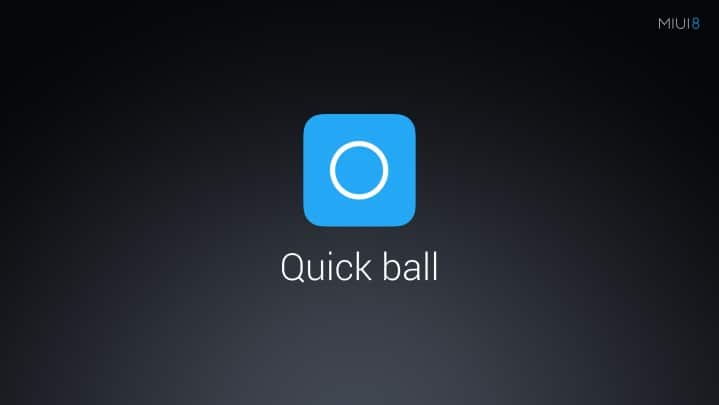 MIUI 8 comes with a tweaked volume toggles which apparently resembles the one found in stock Android. Now a tap on the volume button brings up a volume slider at the top of the display along with the option to control volume of Ringtone, Media and Alarm separately. 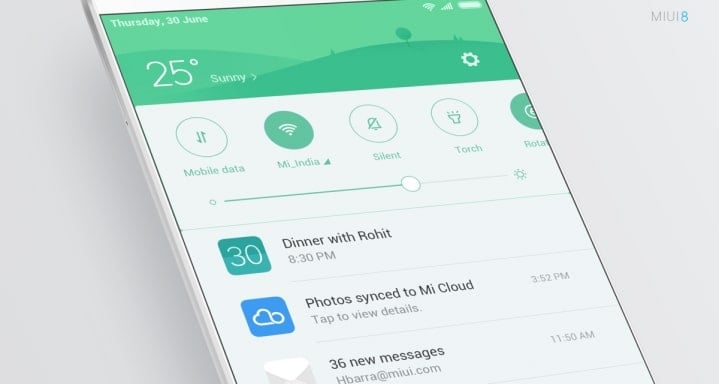 Xiaomi has worked on the built-in QR scanner app which now comes with a feature to scan business cards. All you need to do is to make use of the QR scanners to scan the card and the system will automatically add relevant information from the cards onto your contacts. This includes name, mobile, email id, address etc. Apart from that the QR scanner is intelligent enough to help you out with sum simple maths problems too! 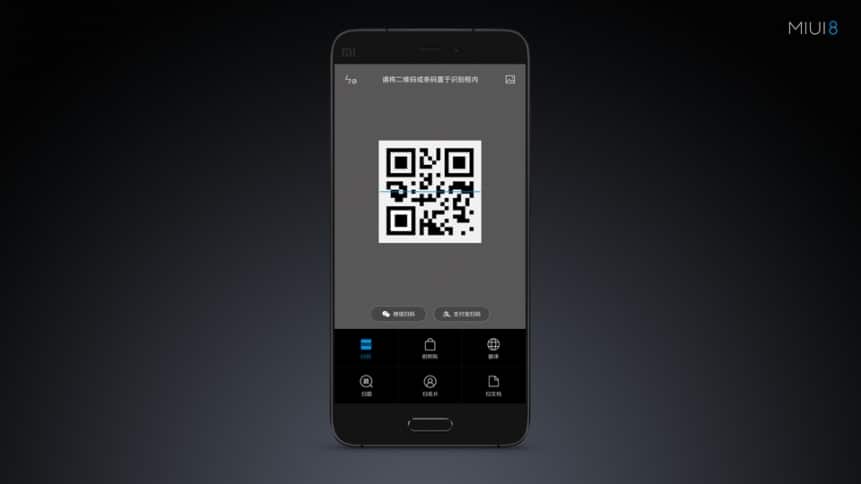