Companies and users have been gradually transitioning over to online productivity suites thanks to their remote availability and collaboration abilities. Customers were mostly limited to two platforms until now – Google Docs and Microsoft’s immensely popular office apps. However, Dropbox Paper is finally out of beta and despite being in early development stages, it has managed to raise concerns for other competitors through an elegant approach to the document editor. But is it any better than everyone’s favorite, Google Docs? Here are my findings after extensively comparing them. 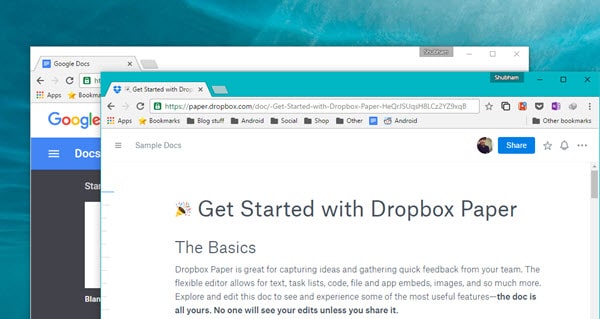 The core remains congruent among both – You sign in, get a list of your previous documents with an option for creating new, editor with the usual array of formatting and the abilities to share and collaborate. However, changes pour in when you actually begin using them. 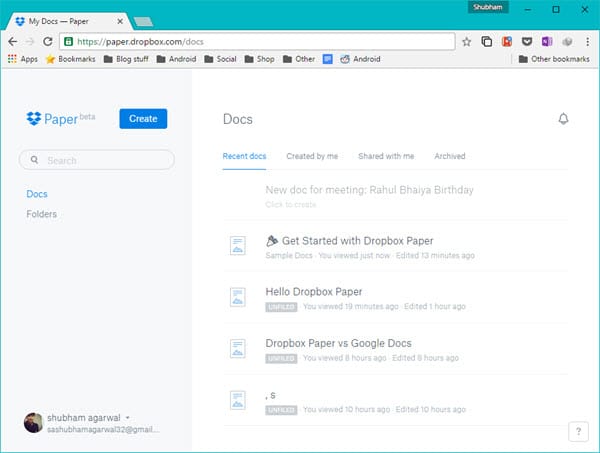 Initially, Dropbox treats you with a minimalistic design comprising of tabs for different categories including “Created by me”, “Shared with me” and more, instead of the traditional outlook Google has implemented for Docs that showcases templates and a more conventional grid. However, Paper also misses out list sorting completely which can get frustrating. Although we can’t ignore the “beta” tag it still carries. Docs also provides a navigation drawer on the side through which you can quickly jump to Sheets, Slides and others. Also, it is obvious that Paper syncs with Dropbox and Docs with Drive. 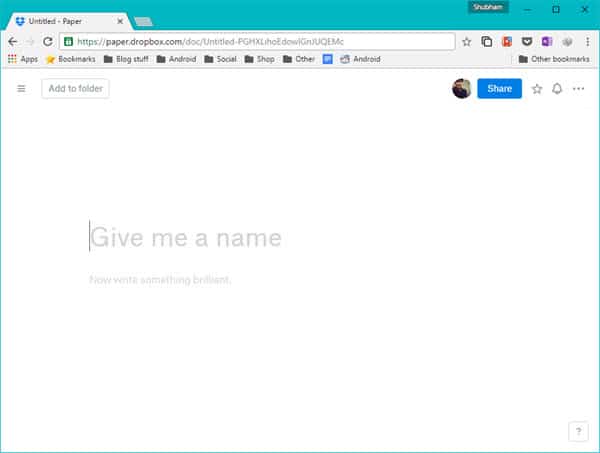 Fire up a new document and you’ll closely realize how divergent both platforms are. While Docs presents a feature-rich toolbar and formatting options, Paper opts for a far appealing design with no dull looking buttons whatsoever. On the latter, there are no toolbars, menus or anything you expect from a normal document editor, instead, everything is tucked away intelligently in the editor itself and can be accessed quickly while typing. Watching the “Untitled” name and empty while space does feel quite daunting, so Dropbox places a “Give me a name” field and for the editor, “Write something brilliant”. 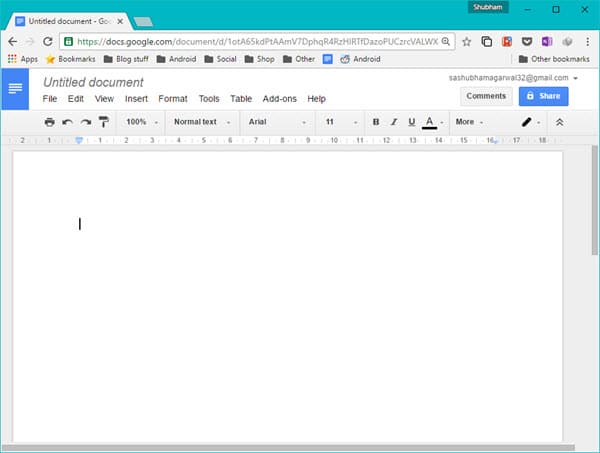 It is evident that Dropbox has emphasized strongly on the general boring interfaces all over the internet and has programmed a much soothing look. For adding images, lists etc, you’ll need to click the little blue plus icon that pops up every time you stop typing and for formatting effects, select the text which will reveal a gray context menu holding options including bold, italics, strikethrough, size but hey, how do I change the Font? Well, you can’t. In order to create a hassle free environment, Dropbox has eliminated most of the features you’re familiar with. All the keyboard shortcuts though are present. Differences are extremely polarizing and it is mainly aimed to raw brainstorming and writing, not for fabricating various records. This all and much more, however, is stuffed within Docs as I mentioned before.

Fortunately, Dropbox hasn’t disregarded the essentials mostly because they’re also targeting their loyal business users with this too. Hence, both Docs and Paper have the ability to collaborate with a team and there’s editing history too which is a little more advanced for Google but they both get the job done more or less. 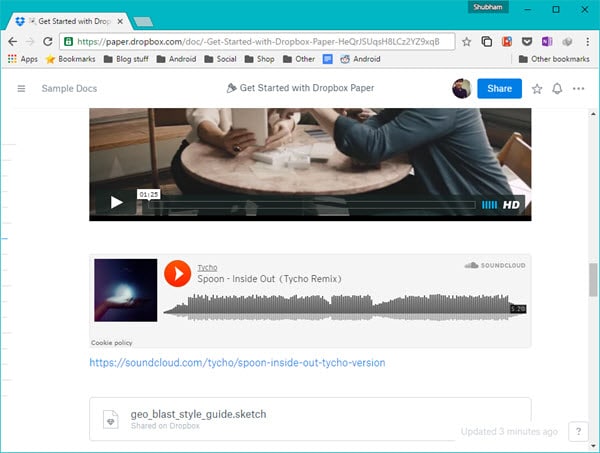 Paper also comes with a bunch of unique tricks including code snippets, a whole lot better image processing and handling, link previews and you can add animated stickers in comments which I really wish Google brings soon because who doesn’t like having fun while working? I do feel Dropbox should add functionalities like research tab, alignments which most people are accustomed to now. Furthermore, extensions for downloading are constrained to docx and markdown. 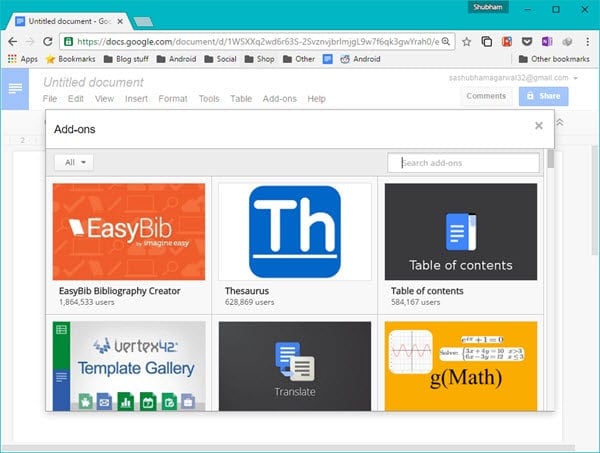 Google Docs, on the other hand, dominates in terms of specifications and features. To start off, you can install add-ons which are growing every day, download in a variety of formats including PDF, there’s a ruler, you can alter colors and fonts and tons of more functions Paper just can’t achieve. There are also chatting windows if you want to interact with other team members. The one thing that really bothers me right now is that Paper doesn’t work offline at all. You can even launch Google Docs without an internet connection which is a significant pro for a lot of users.

When it comes to mobile applications, differences are on the lower side. The only substantial advantage Docs withholds is collaboration and commenting, something which Paper misses out entirely as of now. They both are available on iOS and Android.

It won’t be fair if we present a conclusion, the only clear opinion I could manifest is that Dropbox is simplifying our everyday documents writer and blending it with its business suite of services. Google, on the other hand, has created a powerful online tool which is obvious given it was released ten years ago. It will be interesting how Paper sets itself apart and justifies its existence. They need to add a couple of important elements users expect from an editor if not everything. The design is the main appeal here and I hope Dropbox sticks with it as being unique definitely goes a long way rather than morphing into the majority.

How to Import a Google Docs Document into Google Sheets
Dropbox Alternatives: Best Cloud Storage Services to Use in…
Using Google Docs for Writing? Ten Tips to Speed Things Up!
50+ Best Google Docs Keyboard Shortcuts for PC and Mac
How to Make a Flow Chart in Google Docs
15+ Best Google Docs Features Every User Should Know