It seems to be raining new TV brands in India with Kodak (yes, the same brand known for cameras) announcing their new HD LED TV lineup. This announcement comes close on heels of the LeEco Super 3 TV announcement and also Micromax Canvas Smart TV. The product lineup will consist of five HD LED TVs with sizes ranging from 32-inch to 50-inch. Just like most of the other players in the market, it seems that even Kodak is interested to gain traction by tapping the budget LED TV market. 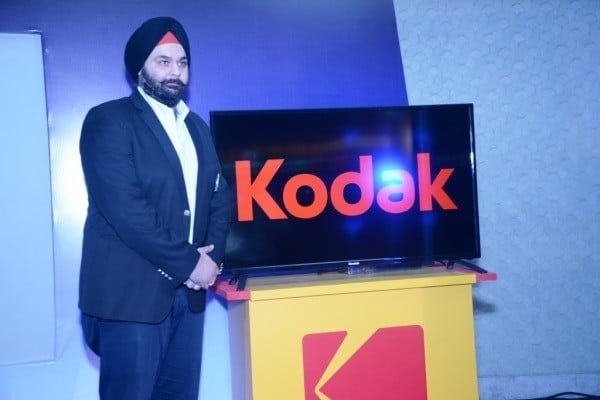 The line-up also consists of Kodak Smart HD TVs which will be launched along with the others. The company says that the Smart LED line-up will be made available on major e-commerce destinations including ShopClues, Flipkart, and Amazon starting from 15th of August, however, the 32-inch basic variant will be sold exclusively through Shopclues.

Moving on, Kodak offers two variants for every display size (except for 50-inch), one an usual LED TV while the other one is a smart variant. The 32-inch HDXSMART boasts of USB to USB copy feature, 4GB of Flash storage, 512MB RAM, and Air mouse. Surprisingly all the Smart TV across the lineup are equipped with the similar set of hardware apart from the variation in the display size.

On the connectivity front, the TV’s are armed with HDMI, USB and VGA ports and the Smart variants of the TV are driven by ARM Cortex A7 and Android 4.4. The wide viewing angles along with smart progressive scan are some of the other features aimed at improving the viewing experience.

Kodak as a brand has been reminiscent of cameras and film rolls. It was one of the many companies that suffered while shifting to the Digital era. While it is safe to assume that the Indian market is seeing a spike in the demand for LED TV’s the competition is only too furious. It would be interesting to see how Kodak will place their products in the market and if they will be able to make a dent.