About three years ago (around 2013), it seemed that Indian phone brands were turning the corner – Nokia was in decline, Samsung seemed to be stuttering, Motorola was busy being sold, BlackBerry was passive, and LG and Sony oddly indecisive. Yes, the upper echelon of smartphones was still ruled by the traditional powers but if you needed a smartphone that cost in the vicinity of Rs 10,000 or below, your only real choice were Indian brands (unless you were ready to take a massive spec hit). This was the high noon of Indian brands like Micromax, Lava, Intex and Karbonn that made massive inroads into a market that was just beginning to switch from feature phones to smartphones (read Android) phones.

And then in 2014, along came the Moto G, followed by the Chinese. Things would never be the same again for not just the Indian brands, but almost all brands in the market as consumers tasted high-end specs at surprisingly low prices. 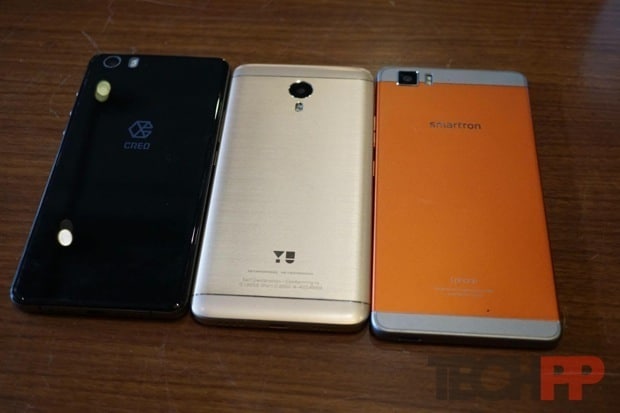 The days since have seen a number of Indian brands hold their own against the “invaders” (so to speak), but a number have faded away too. And as their own traditional “low price, good specs” market has been under attack, recent days have also seen Indian brands try to move up the value ladder, trying to mix it with the best at higher price points, trying to offer their own innovations in software and UI and trying to match the hardware muscle of their better-known counterparts. They have not always been successful (remember the Android One series or the YU Yutopia?), and have often (sometimes unfairly) been belittled, but these efforts have been definitely more noteworthy than the “spec-price” battles at lower price points.

And as India celebrates its 70th Independence Day, we thought it would be most appropriate to mark the day by highlighting three Indian phones that have tried to get out of the traditional comfort zone of Indian phone brands. No, we are not saying that they will redefine the market or set sales records, but they definitely will go a long way in changing perceptions about Indian phones. 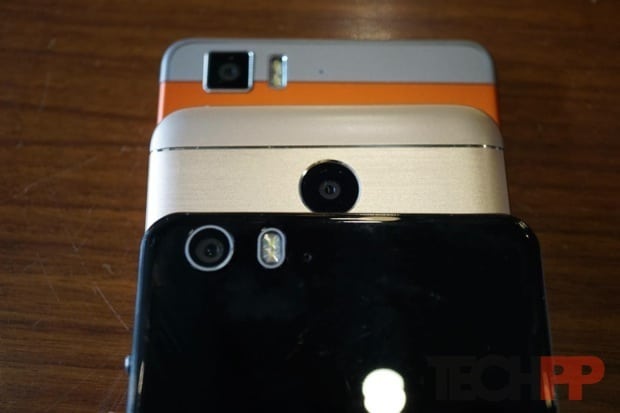 If there was a title for the most innovative phone to come from an Indian brand, we would give it to the Mark 1 from Bangalore-based Creo. Yes, the device has come in for more than its fair share of flak for its buggy performance and perceived to be expensive price tag, but one thing you cannot fault the folks at Creo for, is trying to be different. The specs of the Mark 1, their first phone, are a mix of the good and the middling – a 5.5 inch quad HD display, 3GB RAM, 32 GB storage and a 21.0-megapixel camera are offset by a MediaTek Helio X10 processor, which many think was too expensive for the Rs 19,999 price tag at which it was launched (it has since been made available for Rs 13,999 for limited periods). Yes, it cut a pretty figure with its glass front and back but many felt that at 190 grammes, it was just a bit on the heavy side.

But what made the phone special was its software. Creo launched the phone with Fuel OS, their own take on Android with a number of interesting touches, like an inbuilt answering machine (Echo), a search option (Sense) that can be accessed by double tapping the home button irrespective of the app you are using, and the ability to trace a lost phone even if it has been reset by the person who finds/steals it (Retriever). What’s more, Creo has promised to keep adding features to the device through OTA updates every month, and so far has lived up to its promise – the three updates delivered so far have added image editing, audio enhancements and the ability to password lock individual apps or keep files private. The camera is eccentric, the battery life erratic and yes, for its specs the phone does seem on the expensive side, but if what you are looking for is a phone that is very different from the routine Android crowd in terms of UI and updates, we can say with some pride that the answer is an Indian phone – the Mark 1. 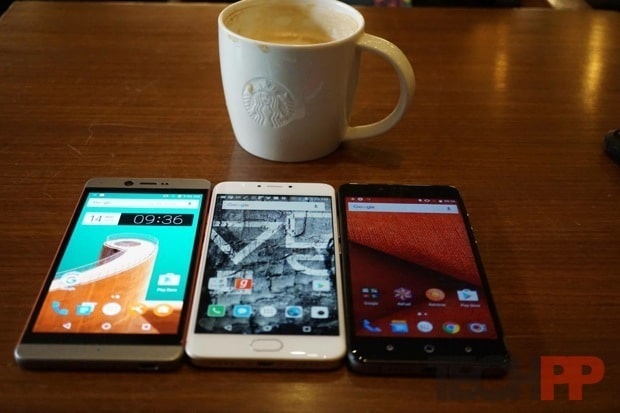 Having a big name associated with you can be a bit of a two-edged sword. And Hyderabad-based Smartron has been discovering that in recent times. Yes, having cricket legend Sachin Tendulkar as its brand ambassador has got the company a truckload of attention and media presence at events, but it has also to a certain extent taken attention away from its products, the latest of which is the slightly oddly named t.phone. And that indeed is a pity, because the t.phone is actually perhaps the best-specced phone from an Indian phone brand out there. It comes with a 5.5-inch full HD AMOLED display and is powered by the Qualcomm Snapdragon 810 processor, backed up by 4 GB RAM and 64 GB storage, with a 13.0-megapixel rear camera and a front facing 4.0-megapixel ultrapixel camera. Top that off with Android Marshmallow in its ‘stock’ form and you have a device that most geeks would look at with favour.

Actually the t.phone would turn a few consumer heads too, especially if you got its orange avatar, as that is a shade we have not often seen on high-end smartphones. The phone is built on very solid lines. No, it is not perfect – the 3,000 mAh battery can struggle to last a day if you push the device, the Snapdragon 810’s (in)famous penchant for heating can manifest itself when you get too deep into the gaming or photography zone, and the camera takes the step that separates the sublime from the ridiculous too often (the company is working on fixing it through updates), but all those foibles aside, there can be little doubt that the t.phone represents a huge step forward for Indian brands, and a much more solid one in software terms than the short-lived if promising Yutopia. Yes at Rs 22,990, it will have to contend with the likes of the Le Max 2, the Xiaomi Mi 5 and a few other worthies, but that display, stock Android and that design will make people take notice! 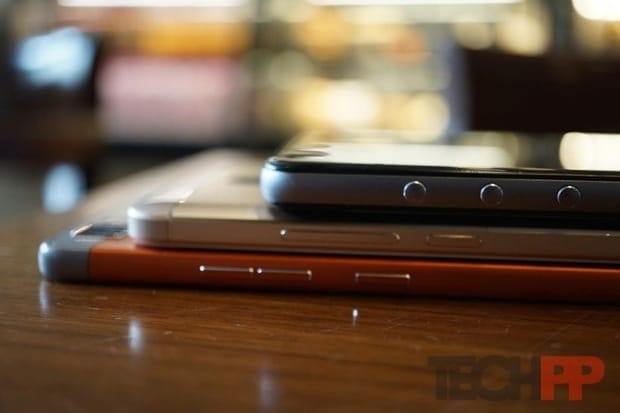 Micromax’s sister brand “for digital natives” got off to a flying start with the Yureka towards the end of 2014, but took a blow with the well-specced but eccentric Yutopia. Yes, the phone was the first by an Indian brand to feature Qualcomm’s flagship Snapdragon 810 processor, but a number of software bugs tripped it up, denting the brand’s standing and confirming many critics’ belief that YU was basically a budget phone player. Well, with the Yunicorn, the brand has taken a slight step back from trying to be the greatest phone of them all (which the Yutopia had tried to be) but has refused to retreat into its budget phone zone.

Nay, the Yunicorn in many ways sees YU marry the best of Micromax with the best of its own – the hardware is decent, not exceptional, and the software is YU’s own Android on Steroids, and comes with the Around YU service that lets you check out eating joints, cabs, shopping options and more in your vicinity. The interface is not too cluttered and while some might wonder at eccentricities like three browsers coming preinstalled on the device and a 13.0-megapixel rear shooter that is inconsistent in the extreme, there is no denying that the phone is the most solidly built device we have seen from YU, its full HD display is a good one and well, its 4000 mAh battery comfortably lasts out a couple of days of basic usage. There will be debate about the MediaTek P10 processor on a device which was promoted as a flagship killer, but 4 GB RAM, 32 GB storage, a fingerprint scanner that works well, and a consistent performance with not too many lags (it can handle hefty games too), make the Yunicorn worth more than a second glance at its price of Rs 13,499. It does not sweep away the likes of the Moto G4 Plus, the Redmi Note 3 or the Zuk Z1 (our own sub-Rs 15,000 favourite), but the Yunicorn does not get crushed by them either.

That surely counts for something, doesn’t it?

Was this article helpful?
YesNo
TechPP is supported by our audience. We may earn affiliate commissions from buying links on this site.
Read Next
Best Black Friday Phone Deals 2022: iPhones, Pixels, Samsung Galaxy and More
#india #smartphones