Messaging App Hike Raises $175M from Tencent and Foxconn at a $1.4B Valuation

In the recent times, Hike has been unable to penetrate the Indian messaging market with its popular application. With services like WhatsApp and Facebook Messenger taking enormous leads, Hike’s attempts have been mostly futile being unable to convince users to switch. However, today the company at a press conference, announced that it has closed a funding of $175 Million from new Chinese investors including Tencent and manufacturing firm, Foxconn. Additionally, Hike is now valued at a massive $1.4 Billion through Series D round. 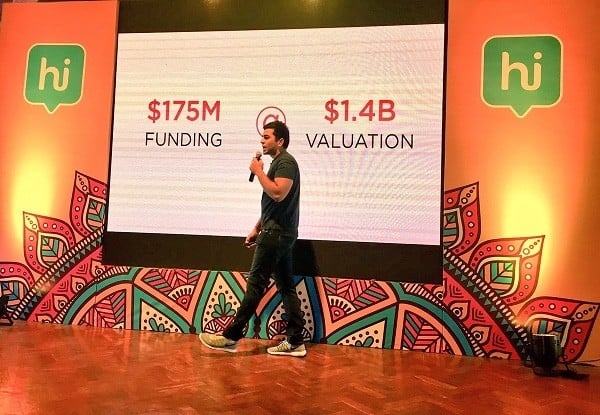 Tencent, the name behind China’s top messaging app – WeChat is the main appeal here. This could eventually lead to Hike fabricating a full-fledged platform integrating a wide range of services and content. As of now, Hike already supports features like news, shopping coupons, gaming and more. Free SMS has been always Hike’s major point of attraction and the rationale behind its initial success in the country. Furthermore, the messaging app now serves over 100 Million users and transacts over 40 Billion messages every month. The app is available in seven languages and also provides stickers in 40 languages for enrolling local users.

Kavin Bharti Mittal, CEO, and Founder mentioned that the company will be heavily beting on emerging technologies like artificial intelligence, machine learning, augmented reality and virtual reality in the coming future with no solid prospects right now. It would be interesting to see how Hike benefits from this new partnership and takes on the second largest market of messaging applications.

Tencent President, Martin Lau stated in conversion with TechCrunch that “Hike deeply understands India; a highly diverse market with many nuances. It is on a mission synergistic to ours, which is to enhance the quality of human life through internet services. With our investment, Hike will be able to leverage our deep domain expertise in the messaging platform space to provide more value to its users in India,”

The next year or so should be very interesting for messaging apps in India. Tencent has never disclosed the WeChat active user base, and now they have invested in Hike to try and stop WhatsApp steamrolling everyone else.

Nothing Personal, Just Business: The Pixel 6 No-show in India
Read Next
Source: TechCrunch

Android Messaging App Not Working? Try These 10 Best Fixes
What is RCS and How can it change messaging on Android?
15+ Telegram Tips and Tricks to Improve your Messaging…
[App Blog] "Apple Was Too Scared to Acquire Me": A Crazy…
20 Best Apple Notes App Tips and Tricks for iPhones and…
How to wirelessly Share Files between Mac and Windows…