Xiaomi’s Redmi Note series is one of the most successful budget smartphone lineups to date. While some buyers are still trying to purchase the Note 3, Xiaomi has already unveiled the Redmi Note 4 at an event in China today. There are no visual or any standout features it brings, however, it does include a deca-core processor at the same affordable price tag.

To begin with, the new Redmi Note 4 inherits the exact design and build from its predecessor flaunting an aluminium unibody with some minor changes like noticeable antenna lines, chamfered edges and it also weighs almost 175 grams which is a bit on the hefty side. There’s a 5.5-inch Full HD display up front sporting 2.5D curved glass. It is powered by monstrous Deca-Core MediaTek Helio X20 processor clocked at 2.1GHz, 2/3GB of RAM, 16/64GB internal memory which is expandable via a hybrid slot, Mali-T880MP4 GPU and a non-removable 4100mAh battery underneath.

On the software side, Xiaomi has provided MIUI 8 running on top of Android Marshmallow out-of-the-box. Additionally, the phone supports Dual-SIM, 4G LTE, VoLTE, Bluetooth v4.2, a fingerprint scanner on the back and an Infrared sensor. The camera arrangement includes a 13MP rear f/2.0 lens with Phase Detection Autofocus, dual-tone LED flash, and a 5MP f/2.0 front-facing 85-degree wide-angle lens. 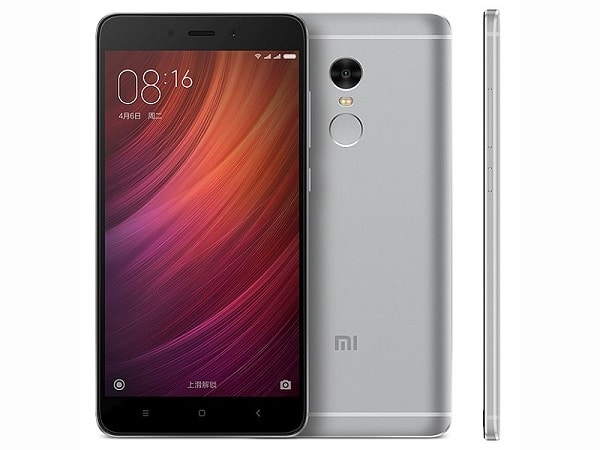 The Xiaomi Redmi Note 4 will be available in Gold, Silver and Gray colors and is priced at 899 Yuan (roughly US$ 135 / Rs. 9,060) for the 2GB/16GB variant and 1,199 yuan (roughly US$ 180 / Rs. 12,080) for the 3GB/64GB variant. The phone will begin sales in China starting from on e-commerce platforms including Mi online store, China Mobile, and online retailers. Given Xiaomi’s recent triumph over the Indian market, we won’t be surprised if the company launches this smartphone in the next couple of months.

Considering the minor changes that have gone into this, and also considering that the Redmi Note 3 was launched just a few months back, we can’t help but wonder if Xiaomi could have simply called this Redmi Note 3S instead of Redmi Note 4!

Top 7 ANC Headphones Below Rs 10,000 (USD 135)
Redmi Note 11T 5G Review: A Redmi Note 11, but not THE Redmi…
Redmi Note 9 Expected to be the First Smartphone with the…
Redmi Note 9 with Helio G85 Launched in India: Price,…
Redmi 10X and Redmi 10X Pro with 5G connectivity announced…
Redmi Note 10 Review: The Most Note-ish Note of the Lot