Lenovo had lined up yet another Yoga device along the Yoga 910 and the Yoga Tab 3, called the Yoga Book the device features a set of impressive features that will help it stand out of the crowd. The talking point has to be the digitizer pad that can be used for multiple functions. 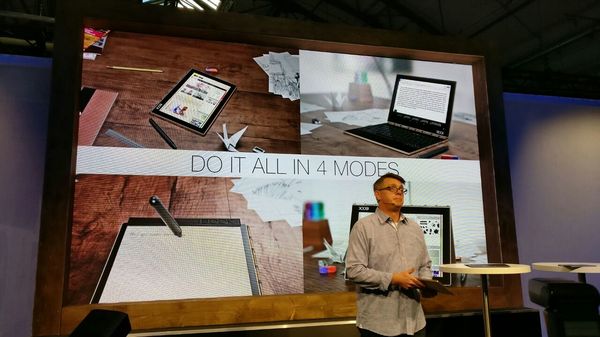 The Digitizer pad can be used for designers to create the graphics and one could also scribble away their notes on it. The best part of the digitizer pad is that it lights up to become a fully lit keyboard (touch) that can be used to a normal keyboard. We wonder how it is to switch from a usual keyboard to the Halo keyboard as key travel has been one of the important aspects of keyboard feedback. 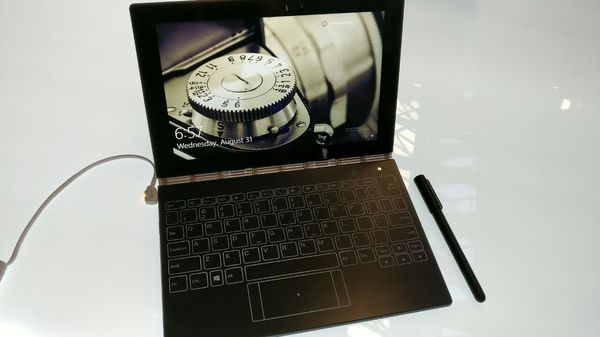 The Halo keyboard buzzes every time one touches a key in order to relay the feedback but all said and done it might take some time for the new owners to get used. The stylus approach that Lenovo has taken is pretty different from the other companies as one can scribble stuff on the digitizer pad instead of the display. 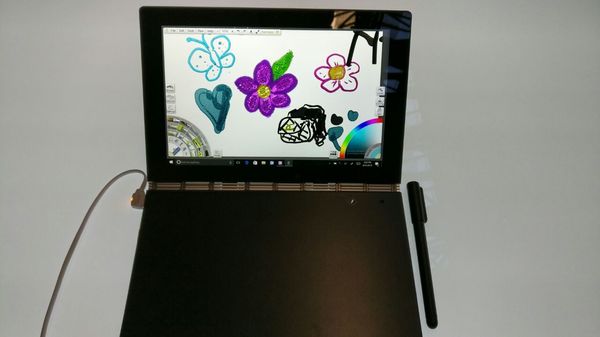 Moving on, the Lenovo Book comes powered by a quad-core Intel Atom x5 processor clocked at 2.4GHz and is paired with a 4GB of RAM. The storage option includes 64GB of internal memory along with a microSD card slot. Yet another interesting feature is the digital note taking that works similar to the Wacom Bamboo. For this, the user needs to opt for an ink-based pen and keep a pad of paper on the digitizer pad. Putting all the moving parts together is the watchband hinge.

The Lenovo Yoga Book will come in both Android and Windows 10 avatar; the Windows 10 version will cost $549 while the Android Marshmallow is priced slightly lower at $499. Lenovo says that the Android version comes with a battery backup of 15 hours while the Windows version lasts for 13 hours. It goes without saying that the Yoga Book is one of the innovative hybrids we have come across in a long time and we hope that it succeeds, unlike the Microsoft Courier concept that never saw the light of the day.

Disclosure: The editor of this blog is in Berlin on the invitation of Lenovo to cover the launch event.