Reliance Jio has been on the brink of commercial launch for a long long time and thanks to the Preview offer, the company has already garnered a few million customers. As we reported earlier, today, on the eve of its AGM, Reliance has opened up Jio for everyone. This also means that anyone can just rush to a Reliance store and buy the Jio SIM card by furnishing the necessary documents. 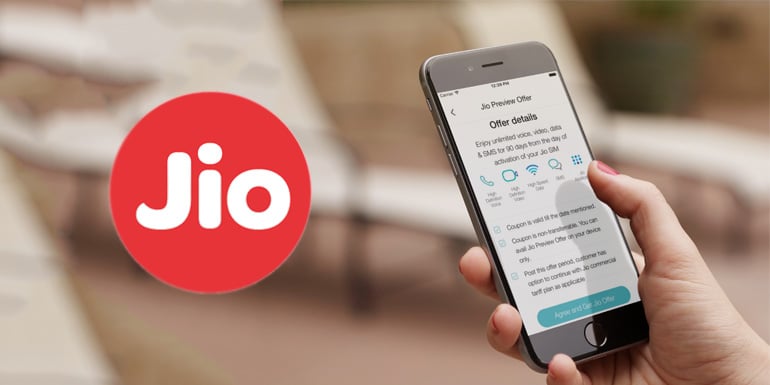 During the course of the meeting, Mukesh Ambani also announced the tariff plans that would be applicable after the preview offer ends. Touted to be the largest 4G network in the World, Jio is expected to torpedo India from the 155 to the top 10 rankings, when it comes to mobile internet speeds.

As part of the announcement, Reliance has launched the 4G JioFi MiFi router starting at Rs 1,999 while the 4G enabled LYF line-up will start from Rs 2,999. Moving on to the most important part the Tariffs, Jio for the first time in the history of Indian telecom industry has announced that voice calls will be free for everyone on the Jio network and one only needs to pay for the data.

It is but evident that Reliance Jio wants to revolutionise the internet in India and a quick look at their plans will reveal how affordable they are. Jio customers need to pay 5p/5MB and Rs 50/GB of data (including the free WiFi hotspot), this might very well be the cheapest internet available. Below is the list of the Jio tariff plans. 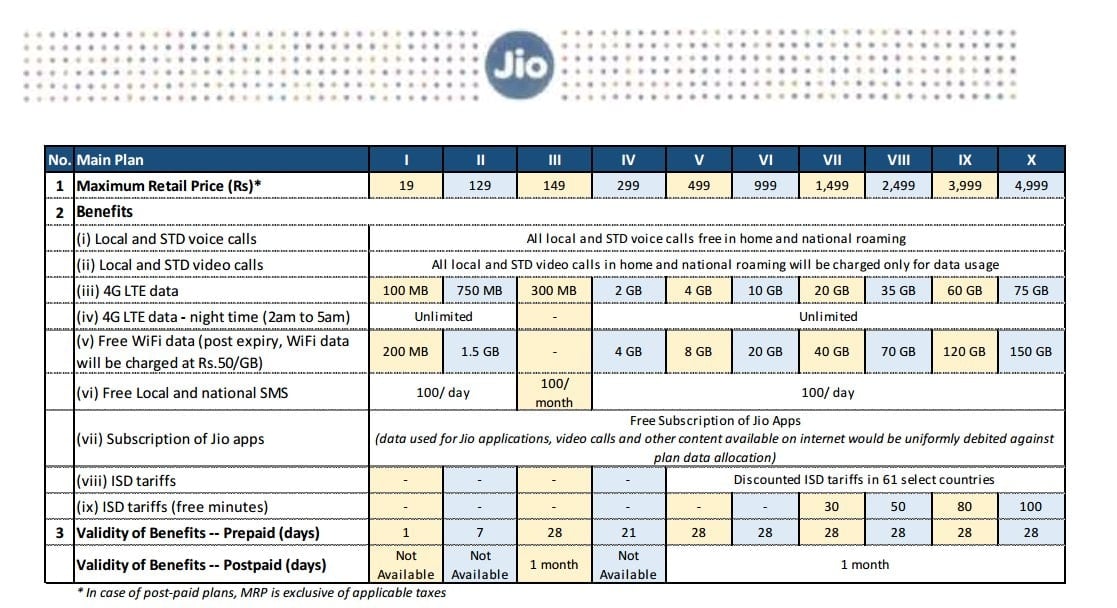 The highlights of the plans include,

Furthermore, Reliance Jio attempts to solve the typical pain points of a regular cellular connection by facilitating faster document submission process, no roaming charges, unlimited 4G at night and free voice calls across the country. However, Reliance is yet to mention the night timings for the unlimited offer. On the contrary, Reliance has made it a point not to confuse users with an overwhelming number of tariff plans and instead has decided to keep the number of tariff plans limited to ten in numbers.

Well, the list of offers doesn’t stop yet as Reliance has also announced Free Welcome Offer, which will allow ANYONE to access free data, voice, video and the array of Jio applications free of cost till 31st of December 2016. The Free Welcome Offer will be made available starting from 5th of September.

Jio is not just restricting itself to the Mobile internet services and will also be rolling out a fibre to home wireline network at select cities with speeds of up to 1GB/s on the tap. Reliance Jio has also requested the telecom operators not to create unnecessary hurdles and let people use MNP services without any kind of restrictions or pressure. The caveat, however, is that Reliance will be offering the MNP only in 2017.

Was this article helpful?
YesNo
TechPP is supported by our audience. We may earn affiliate commissions from buying links on this site.
Read Next
How to Buy JioPhone Next: Complete Guide and FAQ
#Jio Tariff Plans #Reliance Jio #Reliance Jio Tariffs