Did you know that Google offers several fun hidden games that you can play?

Over time, Google has developed many games you can play while using its services, but very few people know about them. Most of these free games by Google are free to play and are hidden in Google Search and other Google services like the Play Store and the Google app. Some of these games require an Internet connection, but you can play most of them without one.

You don’t have to worry about accessibility because you can play this game on any of your devices. Therefore, this article will present in detail ten free games on Google that you can try out if you want to pass the time and have fun on the Internet without having to download anything.

What are the best free games on Google?

As mentioned earlier, these hidden Google games are available on various Google services and can be accessed on your PC and smartphone.

Now, let’s dive into discussing these best free games on Google. We also mention the easy ways to access these fun Google games to play. 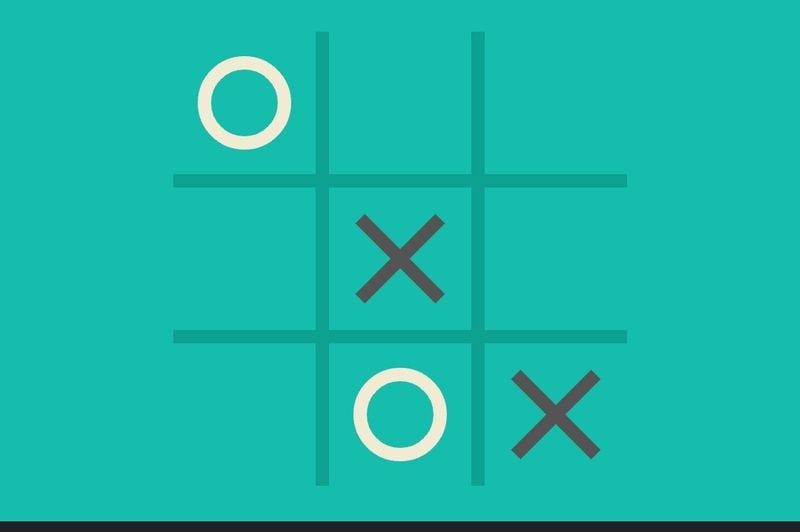 Tic-Tac-Toe, often known as Noughts and Crosses, has been played for a long time. In this two-player game, you compete against AI to arrange Xs and Os on a three-by-three grid. To win, a player must place three of his marks on the horizontal, vertical, and diagonal lines.

Preventing your opponent from forming a line with your markers also requires a very strategic approach. Thanks to Google, pen, and paper are practically no longer necessary to play this game. All you have to do is search for “tic tac toe” in the Google app or Google Chrome and choose the “Play” option. 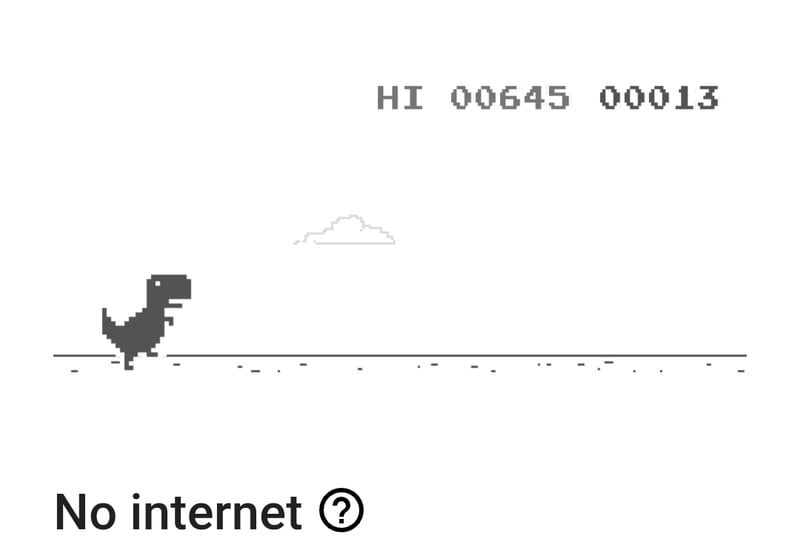 Many of us will have encountered this game on Google Chrome whenever our internet connection is interrupted. T-Rex Dash is the first Google game I know of, and the game has so many thrills because it is quite challenging. You will see this game when there is no internet connection on your phone while using Chrome. A black dinosaur will be displayed right above the text No Internet. To start the game, you’ll need to press the spacebar on your keyboard or click on the dinosaur if you are accessing it from a smartphone.

Once the game starts, the dinosaur will start moving, and you will have to jump over the obstacles on the road by pressing the spacebar on your PC or touching your screen if you are using a smartphone. The more obstacles you overcome, the faster the dinosaur moves, and the difficulty of the game increases. You can also play this game with a working internet connection by visiting this link. 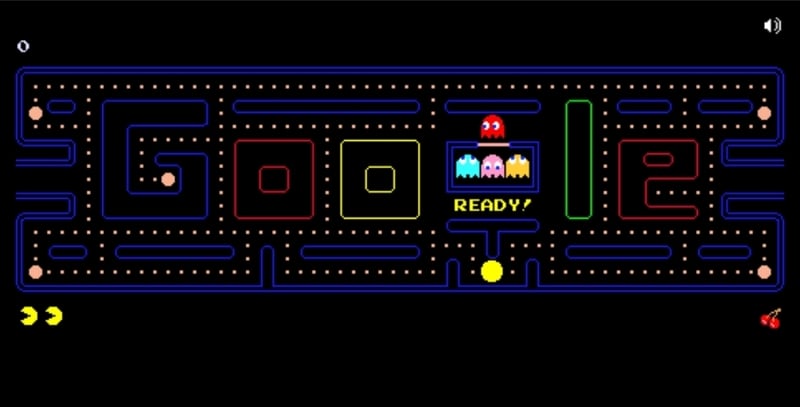 A classic video game called Pac-Man is now one of the amazing Google secret games. The free Google game can be played on both your computer and smartphone. To play Pac-Man on PC, you need to search the keyword “pac man” on Google and click “Play” under the result. You can also play it on smartphones through Google Search and Google Play Games.

As a player, your task is to steer the game character through an enclosed maze, aiming to use up all the points while avoiding contact with the four colored ghosts. You will advance to the next level if you can eat up every dot in the maze without getting hit by ghosts. 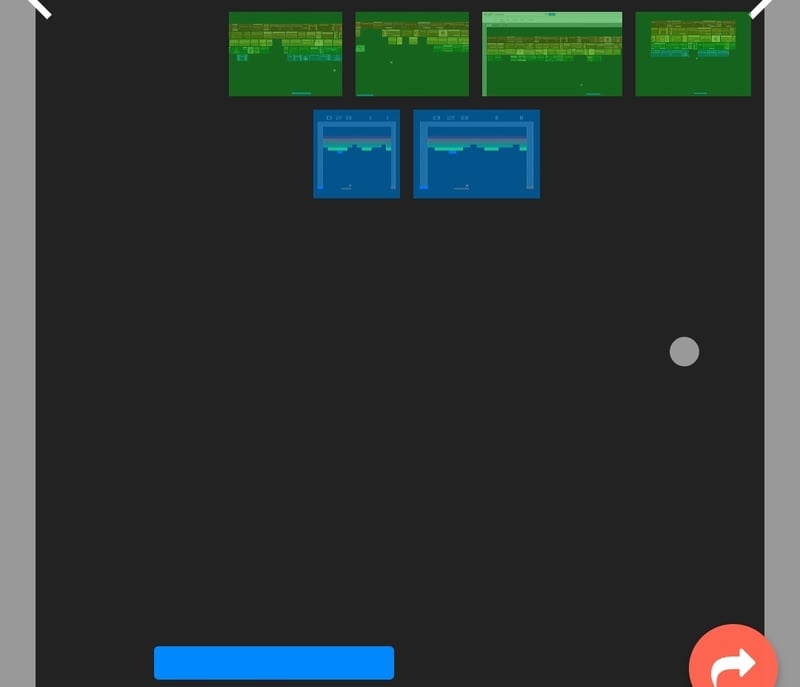 Anyone with an Internet connection can access the block-breaker video game Atari Breakout via Google search. Until all the blocks are broken, you just have to ensure that the block breaker lands on the blue pane beneath the screen. Although the game is not very exciting, you can play it online to pass the time.

To play the game, type Atari Breakout Game into Google and click on the first result on the Google results page. 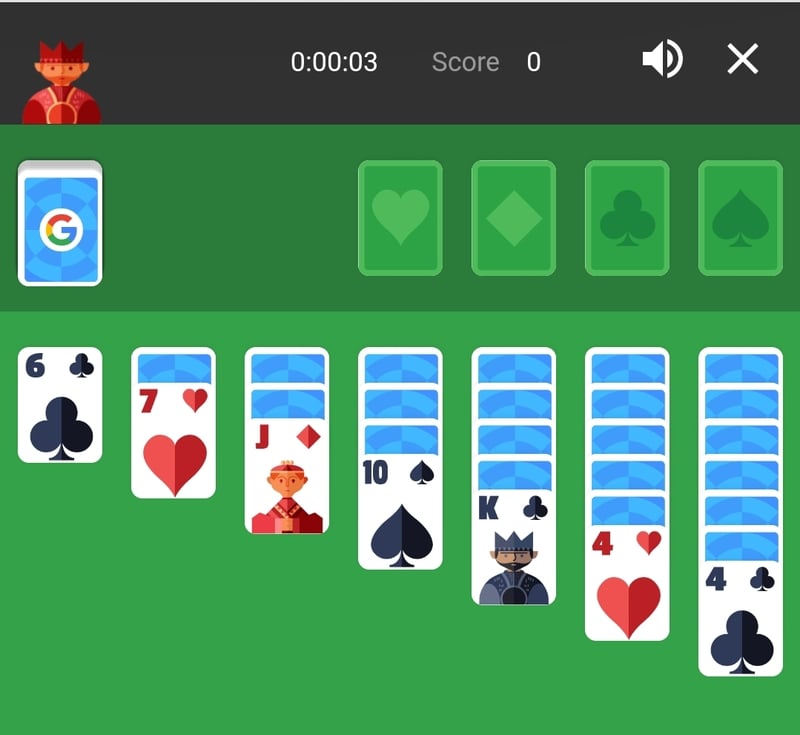 The well-known card game Solitaire has not been overlooked by Google and can be played via Google Search and Google Play Games. So to access the game, if you know how to play it, type “Solitaire” in Google Assistant or Chrome and click on the “Play” menu. With a friendlier interface, it still works the same as before. 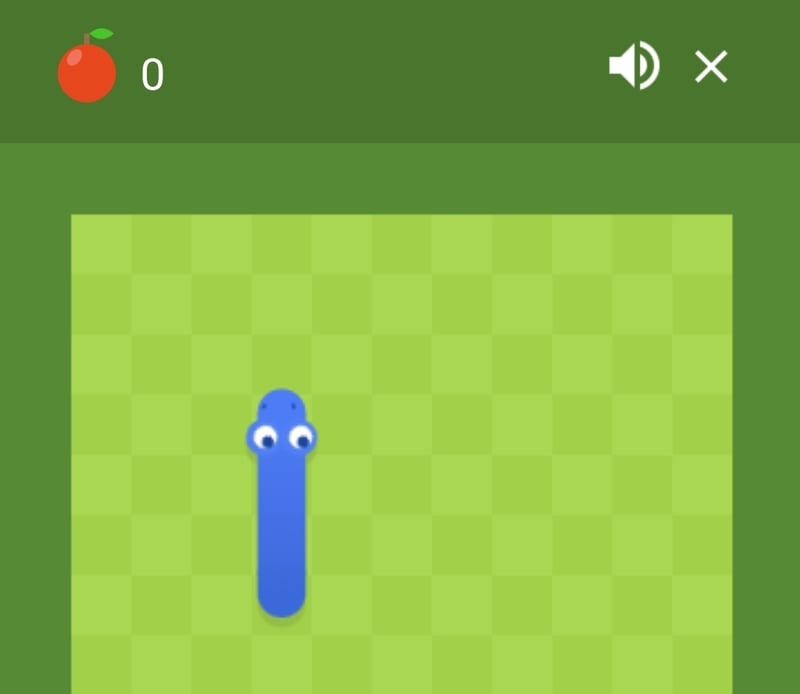 Google has made sure you have snake games in its arsenal if you like them. Google Snake game has an excellent design and is very addictive. It plays like other snake games; your goal is to consume all the dots in the box while not colliding with the wall. Your snake gets longer the more points you consume.

You can move the snake by swiping on the screen in the direction you want. If you type “Google Snake” and select “Play,” you can access the game through Google search. If you are looking for other Google games like Snake, you can check “Pac-Man” we covered earlier in this article. 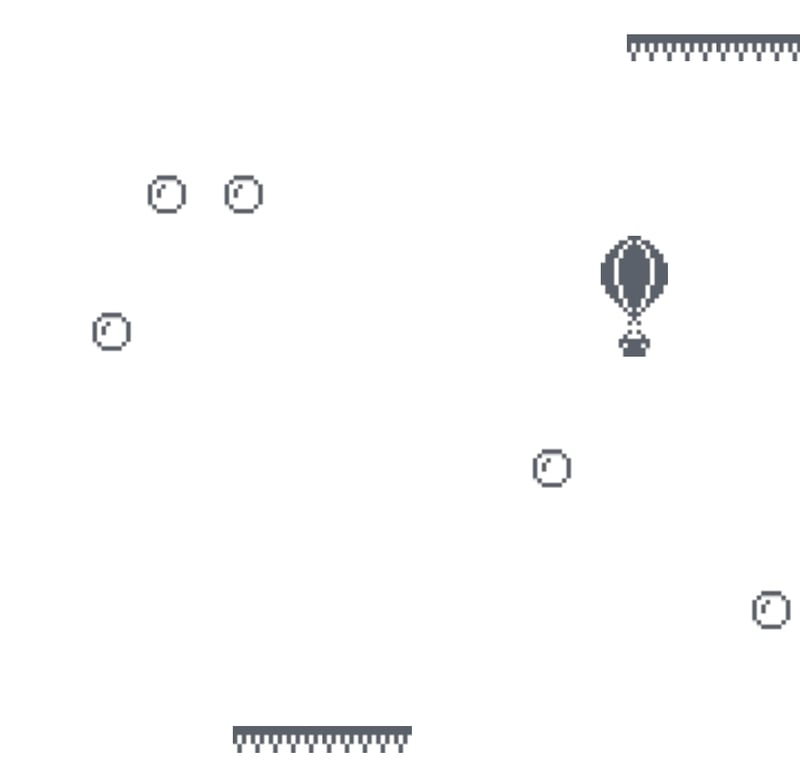 Hot Air Balloon is my favorite free Google game I have played the most. Every time you open the Play Store without an internet connection, the game pops up. You need to touch coins throughout the game to increase your score and avoid hitting obstacles on your way while playing this game. So, to perform the two actions, you need to move around the balloon.

If you hit an obstacle, the game will end, and you’ll have to start it from the beginning if you want to continue playing. The more you try to beat your previous record, the more interesting it gets. To attract coins without moving around them, press the coin magnet. You will find the game easy to play because you concentrate on not getting hit. 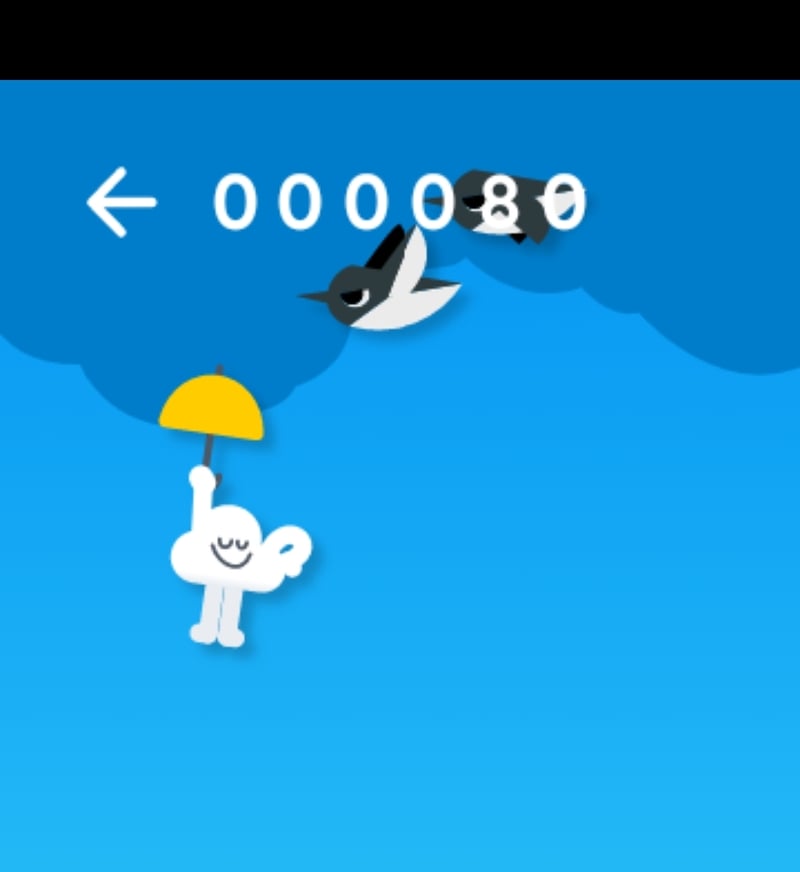 Google Cloud is available when you search in the Google Android app while your phone is in Airplane mode. You will see a notice that your phone is in airplane mode, and next to the notice, you will find the main character of the game. Clicking on this character will take you to the game page.

In this game, you must ensure you do not get hit by the birds in the cloud. You can do this by holding and releasing the screen to move the character up and down. It’s a great game to play in your free time, but you can only play it on your Android phone. You can zoom in and out of anything anywhere in the world as you whiz around the globe in this simulated flight.

You can play Flight Simulator by launching Google Earth Pro and pressing Ctrl + Alt + A to launch the Flight Simulator window. You can even select your aircraft and start location and control the simulator with a joystick if you have one handy. 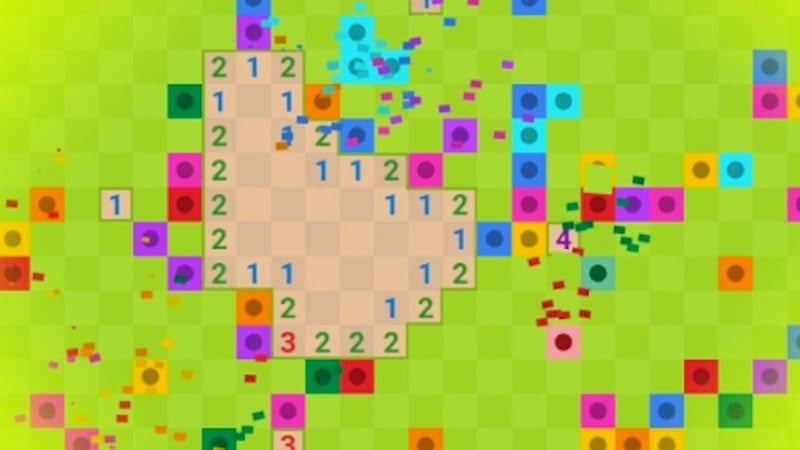 Minesweeper is a classic computer game that was first introduced in the 1960s. The objective of the game is to clear a minefield without detonating any of the hidden mines. The player is given a grid of squares, some of which contain a mine. The player must use logic to deduce which squares are safe to click on and which ones contain a mine.

Minesweeper can be played for free on Google by searching for “play Minesweeper.” The game will appear as a featured result, and you can start playing immediately.

Here are a few more free games made by Google that you can play and have fun with: 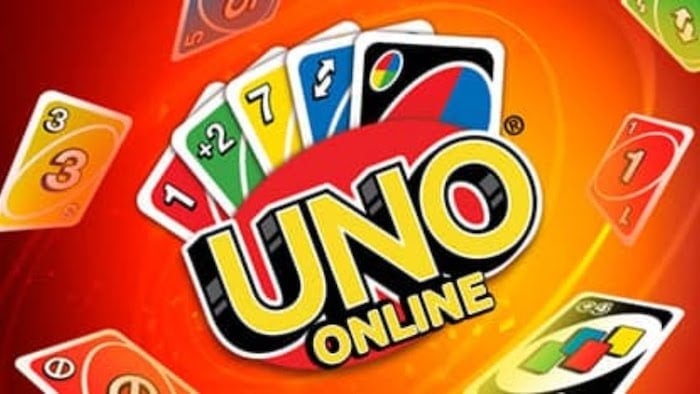 In addition to the games that are available on Google Home, there are also a few hidden games that you can play by using Google Assistant. To access these games, simply say, “Hey Google, let’s play a game.”

Here are a few of the hidden games that you can play on Google Assistant:

You can play various free games on Play Games on your Android phone without having to install anything. This application includes numerous additional games in addition to most of the previously listed secret Google games.

Moreover, these games not only prevent your phone’s storage from being quickly filled with game installations, but they also allow you to choose from a wide variety of games from the software. Chrome-based Google games can also be played directly from the browser on your Android phone.

With the help of its free games, Google has made it easy for you to have fun while using its services. Many of these hidden Google games are available to you, but this article focuses on the eight best ones you can explore at your leisure.

What are hidden Google games?

Google has many hidden games that can be played for free. These games are generally Easter eggs, which are secret items or messages that are found in software or websites. Many of these hidden games can be found simply by a Google search. However, some of them require you to know the exact URL or to perform a specific task to uncover them.

How do I play hidden games by Google?

You can use Google search to find and play hidden games on your computer, tablet, and Android phone. Also, these games can be accessed through Google Play Games anytime you want to play them on your smartphone.

Are the secret Google games free?

All Google hidden games are available for free on all of the platforms mentioned above. In addition, most of these games can be played offline on Google Play Games.

What are the most fun games to play on Google search?

Here are the most fun games you can play on Google search:

Can I play free games by Google on PC?

Not all the free games on Google can be played on PC since you won't have access to using the Google Android app. However, a large number of these games can be played through Google Chrome which is available on any computer.

Do I need to download the free games made by Google?

Google has made all of its secret games available so you can play them without having to install them on your device. You'll need to access the game either through the Google App, Chrome, Play Games, or Earth to play it.

What are some popular free games on Google?

There are a few hidden gems that you can play without spending a dime on Google. Here are nine popular free games on Google for you to play in 2022:

What are some hidden Google games on Google Doodle?

Here are 9 hidden Google games you can play for free:

How do I play secret games on Google Play?

Google has these hidden games (or easter eggs) that you can play for free. These are either on Google Search or Google App or Google Earth or other Google services. Some of the popular ones include:

How do I play Google Play Games on my browser?

You can install and play Google Play Games on your browser.

Google Play Games for PC is still in beta and available in a few countries like Australia, Hong Kong, Korea, Taiwan, and Thailand.

Does Google have a secret game?

Was this article helpful?
YesNo
TechPP is supported by our audience. We may earn affiliate commissions from buying links on this site.
Read Next
12 Best Online Games for PC in 2022 [Free and Paid]
#free games #games #gaming #google #Online Games