USB ports have been around for a while and it is arguably the most accepted type of input for any data types. It is also very common for us to spot a USB port in a laptop, airlines, photo booths, televisions and the list just goes on. The USB ports usually come laced with software protection but when it comes to hardware there is very little of it. 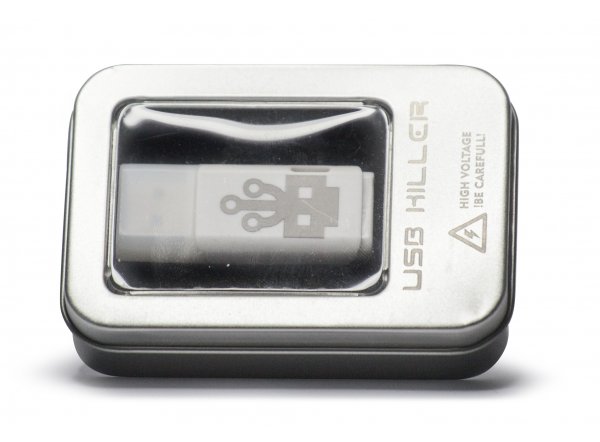 We had seen the proof-of-concept for a USB stick that would kill the port when plugged into any device but now the same has finally materialized and is up on sale. The USBKill stick turbocharges its capacitors from the USB power supply and discharges the same within seconds eventually disabling the hardware. This will not just disable the port but the surge in voltage will damage the entire machine.

The takeaway here is that the exposed USB ports should be protected by a layer of hardware security else the same can be exploited by hackers and others. Worst things, the port can be used as a malicious actor to get access to the system.

The makers of the USB Kill stick say that “Any public facing USB port should be considered an attack vector,” further adding, “In data security, these ports are often locked down to prevent exfiltration of data or infiltration of malware, but are very often unprotected against electrical attack.” That said not every USB port will fall into this category and the company explicitly mentions that Apple has protected its hardware from such attacks. Also, the USBKill will find a permanent place for itself in penetration testers and security auditors toolbox.

USB Kill is currently retailing at €49.95 (apprx. $56) along with a Test Shield that lets users test their hardware without actually blowing it up every time. The video below attempts to showcase the USBKill’s ability,

TechPP is supported by our audience. We may earn affiliate commissions from buying links on this site.
#Security tools #USBKill