Xiaomi’s Mi Band was actually the one that introduced this world to the concept that fitness trackers that aren’t necessarily expensive. Ever since, the Mi Band has been selling strong, but with the Mi Band 2, Xiaomi has taken the competition to an entirely new level. Priced at Rs 1,999, the Mi Band 2 is all set to disrupt the “high-end” Fitness Band market. 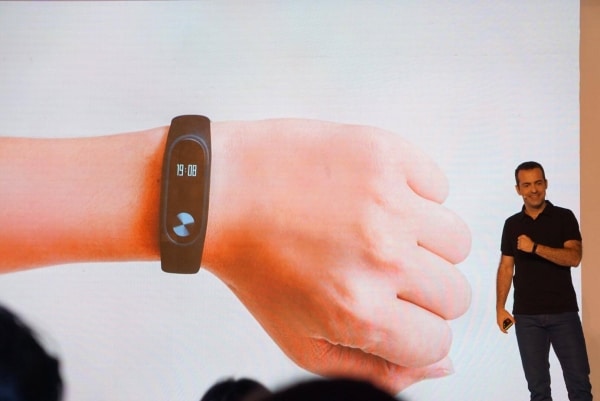 The Mi Band 2 comes with heart rate monitor and an OLED display, two quintessential features that the Mi Band missed out on. The very fact that Mi Band depended completely on the companion app to relay the information was kind of painful. Goqii, for instance, came equipped with an OLED display and was more accurate than the Mi Band.

The Mi Band 2 employs a design philosophy that is similar to the original Mi Band and thankfully the Mi Band 2 also employs a layer of Gorilla Glass just to ensure that the glass is sturdy enough and doesn’t pick up scratches easily. The display shows an array of data including footsteps, distance, calories, and also the heart rate. In order to toggle the data Xiaomi has equipped the Mi Band with a button. Just like the Mi Band the Mi Band 2 is water resistant. The hypo allergic band is expected to solve the problem of minor rashes caused by the Mi Band.

Furthermore, the app notifies the user whenever they get a notification on the phone but that said you will not be able to see any other info about the notification apart from the vibrate alerts. Also, the Mi Band 2 will nudge you to walk or do any activity when it detects nil motion. Another useful feature is that Mi Band automatically detects when you sleep so no more toggling on the sleep feature before sleeping and switching off the same after waking up. Xiaomi Mi Band 2 will be available starting from Sept 27 at the Mi Store

Was this article helpful?
YesNo
TechPP is supported by our audience. We may earn affiliate commissions from buying links on this site.
Read Next
Eight years, Eight times Xiaomi surprised us with the Redmi Note
#xiaomi #Xiaomi Mi Band 2