As expected Google has unveiled a new range of hardware at its event today and needless to say the new Pixel phones are hogging the limelight. Thanks to a bout of leaks and premature listings the specifications and features were revealed earlier. The Pixel and the Pixel XL also means an official end to the Google’s signature Nexus series, one that found its favourite with power users and geeks. Google has undoubtedly inched towards a closely knitted ecosystem with the Pixel branded phones and it would be interesting to see if they can reach a wider audience and climb the sales chart. 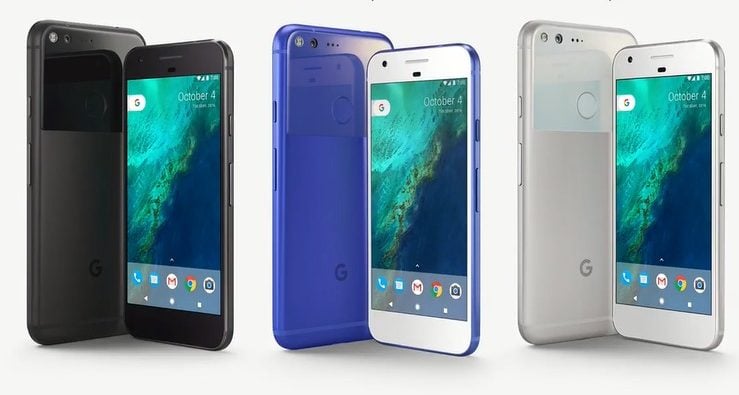 The Pixel sports a 5.0-inch FHD display while the larger Pixel XL opts for the bigger 5.5-inch QHD display. Design wise both are pretty much similar just like the Apple iPhone 7 and the 7s. Both the devices come with Gorilla Glass 4 protection. The Pixel and the Pixel XL will rely on the Snapdragon 821 clocked at 2.15GHz and will come mated with 4GB of RAM as opposed to 2GB RAM in its predecessor.

Google Pixel is also about the Assistant, it is, in fact, the first phone to be powered by full-fledged Assistant. Long tap on any text displayed and Google Assistant will fetch the relevant details regarding the query. The assistant is based on Google’s AI framework which means that it gets better as you work. Yet another feature that earns a mention is the background update, no more staring at the progress bar since the update will take place at the background and will let users make use of the device during the update. The dedicated customer helpline for the Pixel users is a tell tale sign of how Google wants to offer a premium experience for its Pixel customers.

On the imaging front too, both the Pixel and the Pixel XL sport a similar setup i.e, a 12.3-Megapixel with f/2.0, 1.55um, Optical Image stabilization and 4K video recording. The secondary camera shapes up in the form of an 8-Megapixel sensor. Google’s Nexus smartphones were known for its light and swift camera app and the Pixel takes the game to an entirely new level. Google Pixel will support burst photos with Zero-shutter lag and the camera app will capture all the images in HDR+ mode by default.

The storage options include a modest 32GB or 128GB so no 256GB on the offering here. The Google Pixel is backed up by a 2,770 mAh battery pack and supports fast charging while the Pixel XL is backed up by a larger 3,450 mAh battery. The fast charging feature is claimed to offer 7 hours of battery life in just 15 minutes. Needless to say, both the devices will run on the latest Android Nougat 7.1 along with the Pixel launcher replacing the Google Launcher.

Also Read: Google Pixel Phones : Yet Another Shot in the Dark?

Other features include the fingerprint sensor, NFC, USB Type-C and a standard 3.5mm headphone jack (Hurray?) Google has also tossed in a few extras to make sure that the Pixel ends up as a formidable choice. The extras include the unlimited Google Photo storage for photos and videos at the original quality (including the 4K videos!), now this is definitely a cringeworthy deal considering how much you need to shell for extra cloud storage.

The Pixel phones will be available in three color options including Quite Black, Really Blue, and Very Silver. The Pixel is priced at $649 and will be available with Verizon, however, one can also make an outright purchase at the Google Stores and the other retailers including Flipkart, Reliance Digital, Croma, Rogers, and Telstra. The Pixel is already up for preorders starting today in US, UK and Australia. In India, the preorders for the Pixel will start from October 13th.

Was this article helpful?
YesNo
TechPP is supported by our audience. We may earn affiliate commissions from buying links on this site.
Read Next
How to Fix Google Chrome Translate Not Working
#google #Google Daydream #Google Pixel #Google Pixel XL