Google released a keyboard app for iOS a couple of months back. However, for some reason, they didn’t make it available for Android concurrently which obviously, agitated the users. Well, rejoice! as now, with the v6.0 update for Google Keyboard, the company has brought all the features such as built-in search to Android phones and additionally, it has been rebranded to “Gboard” as well. 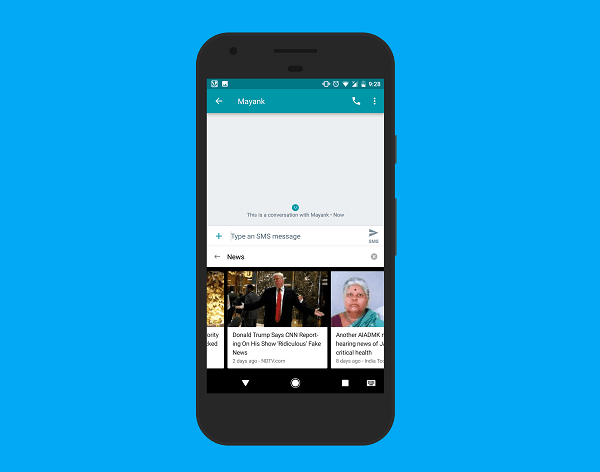 The 6.0 update is being phased out gradually and isn’t limited to just Android 7.0 anymore. Like its iOS counterpart, Gboard on Android also allows performing quick web searches and subsequently, share it with the recipient. Visually, though, the app still retains its looks and you can also get the little ‘G’ logo once enabled in the settings. There’s, moreover, a new arrow icon on the text predictions bar, tapping on which will reveal three quick actions including one-handed mode, themes, and settings. Furthermore, GIF search is now accessible to all the users, not just Android 7.1. However, its functionality is still limited to a bunch of apps like Hangouts and Google Messenger. 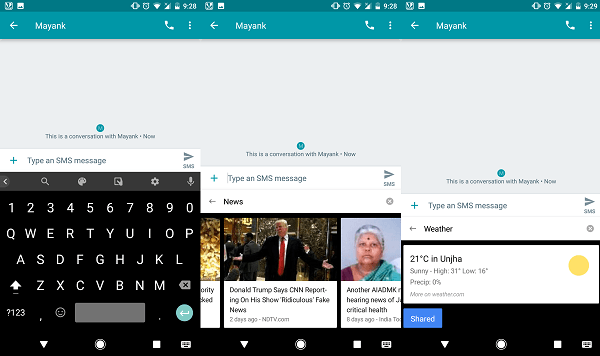 For firing up a search on Gboard, touch the side arrow icon and then, search. Type in the query and the keyboard will bring up some relevant cards. If it’s a link, Gboard will automatically paste in the text field. The rest of the app is, though, quite identical with custom themes, gesture typing, one-handed mode, and a whole lot more.

While you’ll eventually receive the 6.0 update straight from the play store, you can also head over to APK Mirror and download the Gboard APK file for installing at the moment. Don’t worry, it’ll overwrite the existing Google Keyboard app. Gboard is entirely free and is definitely the most sophisticated typing tool available for Android, so go ahead and give it a try if you haven’t yet.

Was this article helpful?
YesNo
TechPP is supported by our audience. We may earn affiliate commissions from buying links on this site.
Read Next
How to Use Android Phone as Webcam for PC
#android #Gboard #Google keyboard #Update