Many of us have been using Reliance Jio for months now and have experienced slow speeds every passing day. While some folks have been lucky to not have their speeds degrade, most had to take a significant hit on their data speeds as the number of users on the network increased. I personally used to get close to 60 Mbps on Jio when it was under beta testing and wasn’t available to the general public. However, as of now, my speeds have gone down to just 2-3 Mbps and I’m sure it’s the same for many of you reading this. 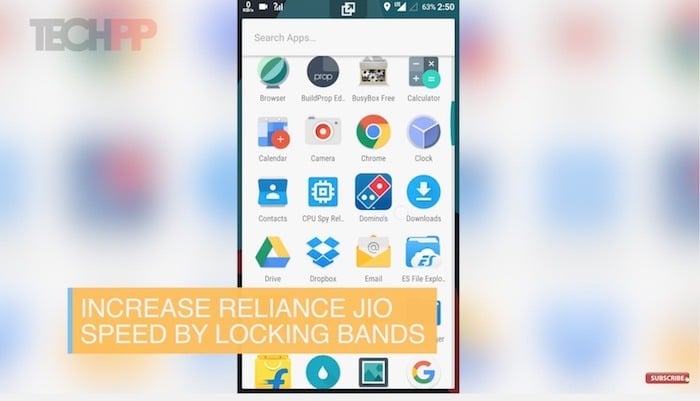 There have been many guides and videos as to how one could increase their speed on Jio, this is one of them as well, but I’m sure this method will be far more effective than anything else that you must have come across on the internet about increasing Jio speeds. First of all, let me start by saying that you should be using an Android smartphone and need to root your phone. If you don’t know what root means or how it’s done, this guide is probably not for you. But if you are an adventurous type, then please Google “Root ‘smartphone model’”. For example, I own a OnePlus 3, so my Google search would be “Root OnePlus 3”.

Rooting is a complex process and your warranty would be void if your root your smartphone. If you have already rooted your smartphone then you can proceed without having to do anything extra.

CAUTION: TECHPP IS NOT RESPONSIBLE FOR ANY DAMAGE THAT MAY HAPPEN TO YOU OR YOUR DEVICE WHILE ROOTING OR FOLLOWING THIS GUIDE.

This guide is going to make some core changes to the radio of your smartphone. There’s a possibility that your phone might lose signal of Jio, brick your device or the phone might even catch fire out of nowhere. In no event, are we responsible for what happens.

With that out of the way, let’s start with the guide. This guide revolves around changing the band to which your smartphone is latched onto. Jio is currently using three types of spectrums in India, namely, the Band 40 (2300 MHz), the Band 3 (1800 MHz) and the Band 5 (850 MHz)

Changing the spectrum/band to which your smartphone is latched onto can affect the speed significantly. Technically speaking, Band 40 (2300 MHz) is supposed to provide the fastest speed, followed by Band 3 (1800 MHz) and Band 5 (850 MHz). However, this is not always the case. In different areas, depending on various factors, one band might provide better speed than the other. One can manually lock their phone to each band to see what kind of speeds and signal strength they are getting. In order to lock your smartphone to a particular band, follow the steps given below.

How to Increase Jio Data Speeds by Locking Bands 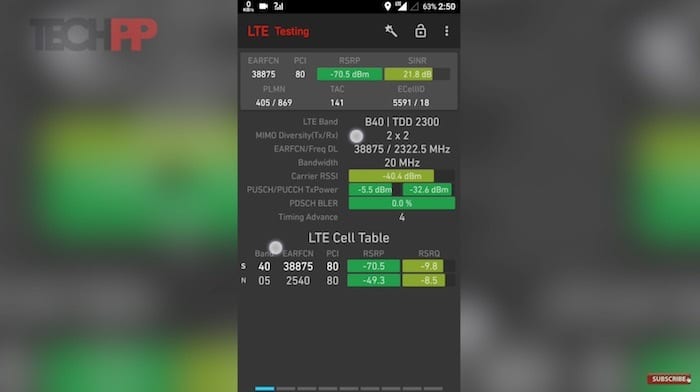 Note: The guide works only on Qualcomm Snapdragon powered smartphones.

As you can see in the video above, I have latched my smartphone to all three bands and conducted speed tests to know which band is giving me the best speed.

You can lock your smartphone to a particular band, but this will lead to huge battery drain. It must be noted that most networks intelligently keep shuffling you between bands, so by restricting yourself to a particular band you might end up missing a band that could provide you better speed. Last but not least, don’t forget to disable band lock while you’re on the move, band lock is recommended only while you’re stationary.

Was this article helpful?
YesNo
TechPP is supported by our audience. We may earn affiliate commissions from buying links on this site.
Read Next
How to Buy JioPhone Next: Complete Guide and FAQ
#Band Locking #Reliance Jio