After establishing itself in the budget laptop segment with the iBall Excelance the company has now announced yet another budget contender in the form of CompBook i360. As one might have already guessed by the name, the laptop comes with a 360-degree rotatable hinge that will allow the users to mount the laptop in various configurations including tent mode, similar to Lenovo’s Yoga Series. 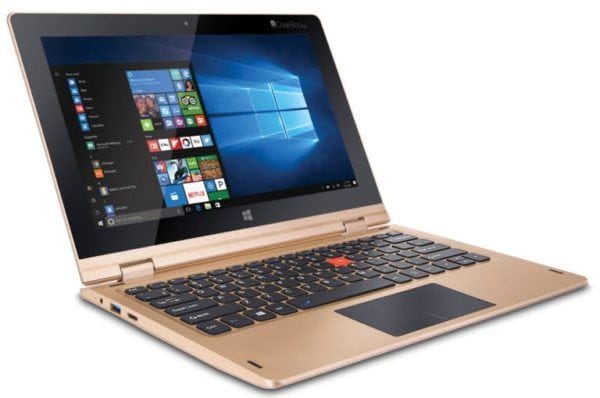 iBall has fitted the CompBook i360 with an 11.6-inch FHD touch screen display and form factor wise is pretty compact at a thickness of 17mm and also doesn’t weigh much at 1.25KG. Under the hood, one can find a quad-core Intel Atom X5-Z8300 processor clocked at 1.44GHz and paired with 2GB RAM along with Intel HD Graphics 5300. On the storage front the machine offers 32GB of internal storage which is further expandable up to 64GB via the microSD card slot, but again if you need more memory you can always rely on an external drive. 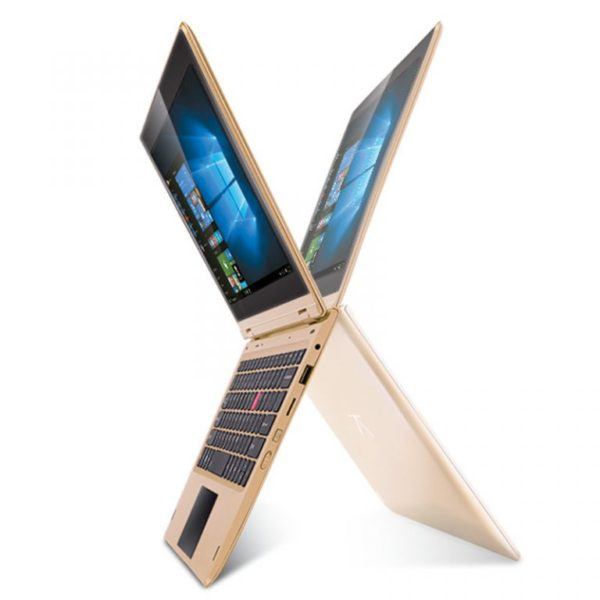 The front facing camera is of VGA resolution and the CompBook i360 comes with 3.5mm jack, dual speakers, and a mic. Connectivity features on the laptop include WiFi 802.11 b/g/n, Bluetooth 4.0, USB 2.0 x1, USB 3.0 along with a mini HDMI Port. Backing up the device is a 10,000mAh battery which is rated to offer 8.5 hours of usage. The iBall CompBook i360 will retail in Golden color and is priced at Rs 12,999. The CompBook i360 looks like a compelling choice for students and other light users but again I personally wish that iBall had doubled up the RAM to 4GB or at least offered a 4GB variant as 2GB tends to make the system sluggish and gives up in some instances.

TechPP is supported by our audience. We may earn affiliate commissions from buying links on this site.
#CompBook i360 #iBall #iBall CompBook