Lenovo doesn’t have that one powerful flagship that each company brags about, but the company is getting very good at something else – catering to the masses and being versatile at that. The brand has an array of affordable phones that each stand out for a specific feature, be it battery or multimedia or camera and it gets very hard to beat them at their price tags. At times, the whole package does well even when it comes in a smaller size – the Lenovo K6 Power which we rated as one of the best phones in its segment is a prime example. And Lenovo is showing no signs of taking a breather in a market where it is rocking the charts consistently – India. 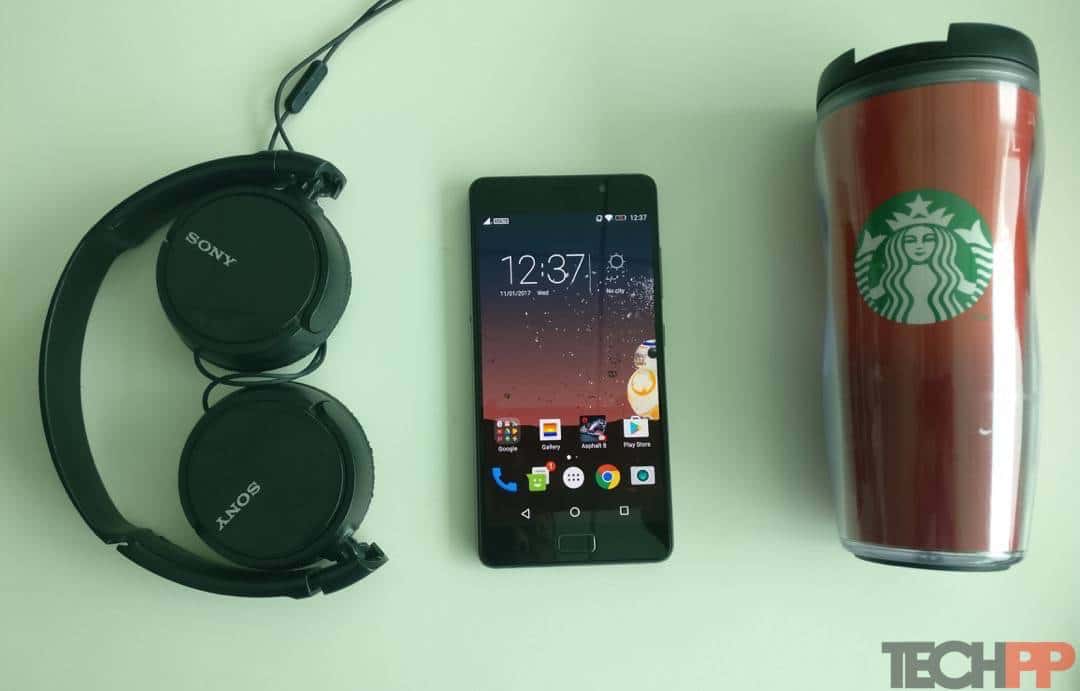 “Power Hungry” aptly describes a large number of users these days with increased usage of Internet and gaming. But then a big bag of juice for a phone would also mean yielding to gravity in all its weight. Lenovo has an answer – the P2. The successor to 2015’s P1 and P1 Turbo, that was launched in IFA 2016, has now launched in India. We had a chance to use the phone for more than a week, and boy are we excited to tell you what it is all about? Power up fellas!

Pick up the phone from the box and you are presented with a very common design of a 5.5-inch screen implementation. The phone feels sturdy and makes its way easily into your palm thanks to its curved edges on the back but it easily slips off hands too, not just because it is slightly slippery but because it also weighs 177 grams, which is a tad heavy for a 5.5-inch phone. But we are not complaining. Why, you ask? Well, because Lenovo has crammed in a HUGE 5100 mAh battery into this phone, and still managed to keep the weight to just about 10 gms more than the Moto Z Play (which comes with a smaller battery) and 8.3mm in thickness. 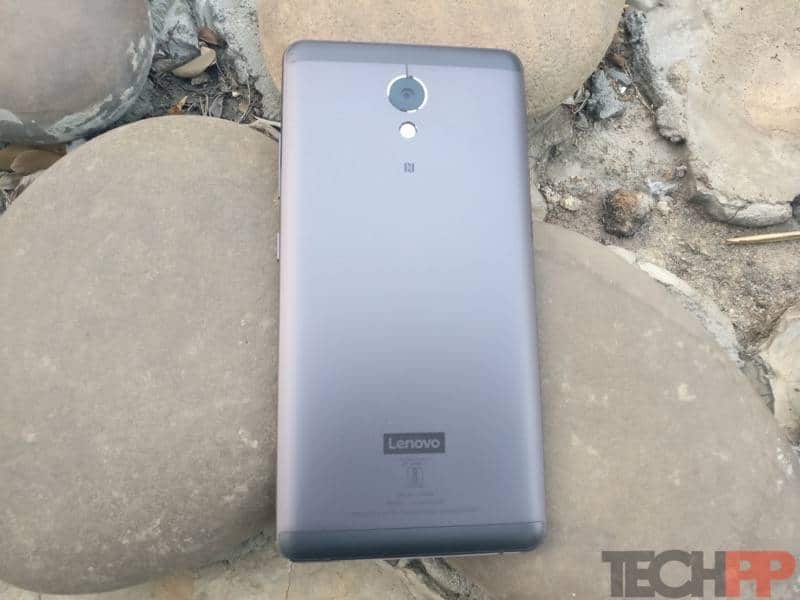 The phone is well-built with power and volume rockers on the right and a dual hybrid sim tray on the other side along with a power saver toggle key. A mono speaker and mic at the base lie on either side of a micro-USB port and a 3.5mm jack at the top. On the rear is a primary camera with dual tone LED flash while the front has the secondary camera with a fingerprint scanner at the base. A very well built phone which is not flashy but gives the feeling of a solid tanker!

…but not tanking on specs or UI!

That solid tanker holds a gorgeous 5.5-inch Full HD AMOLED display packing as much as 401 pixels per inch. Although the display is 2.5D in nature with some lamination coating on it, sadly there is no mention of any Gorilla Glass protection or such. We compared this with the Moto Z Play’s screen and we are happy to report the experience is very similar – which is GOOD overall! Viewing angles are great but that typical issue of not being brightest even at its maximum levels persists. Looks like Lenovo wants to make this a standard on their device. The display settings do allow you to change it to Vibrant but that still does not help much. The touch sensitivity is sublime and the screen does well in not being greedy on fingerprints and smudges. What keeps picking them is the fingerprint scanner – more on its performance later on. 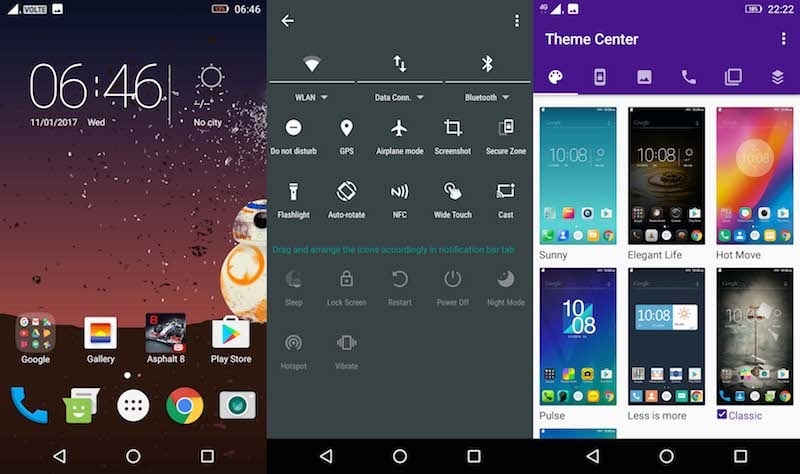 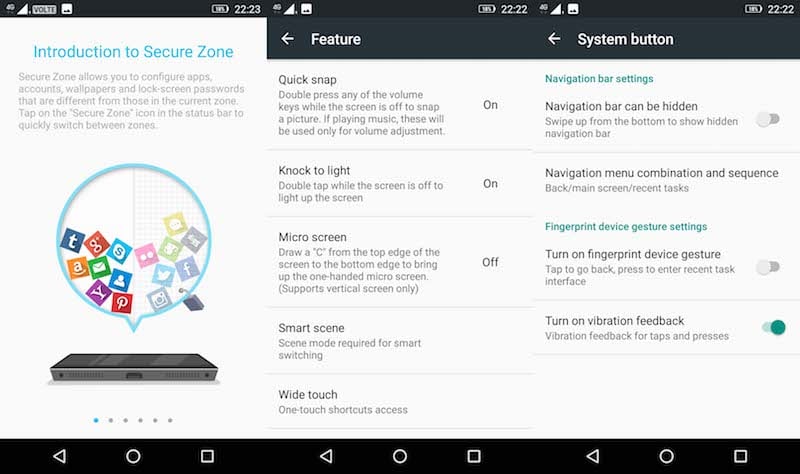 Popping content off that gorgeous screen is Lenovo’s near stock Android version of Marshmallow, with a Nougat upgrade in the works. Though it is near stock Android, it has lots of tricks up its sleeve! Remember that U-Touch made famous on the Z2 Plus? It makes its way here. For the uninitiated, this option in the settings lets you program the fingerprint scanner to do many things such as – tap to go back, hold to bring up background apps, press and hold to do Google Now and so on. The theme store has limited options but has a good range of icons and wallpapers. And if you are a fan of maintaining two profiles with separate social media accounts, the Secure Zone lets you do that without mixing things across the worlds. All of these work without hassle, with no hiccups. In fact, this is one of the best versions of Lenovo’s UI we have seen in the recent past. This is made possible by what lies under the hood – the highly reliable, formidable, power efficient Qualcomm Snapdragon 625 octa-core processor clocked at 2 GHz with Adreno 506 GPU and 4 GB of RAM (another version with 3 GB RAM available as well), 32 GB of internal memory (with 24GB available to the user) can be bumped up to 128 GB via the hybrid slot.

We have the power!

All that is fine, but how is the gaming you may ask? “No major issues” is what we would say. One cannot expect a mind-blowing experience with that configuration but most of the flaws such as frame drops and minor jerks go unnoticed as they occur twice or thrice when gaming for 2-3 hours. The loudspeaker gets very loud but the positioning is bad and gets covered many times. No, there are no overheating issues but the phone does get warm on elongated playtime. 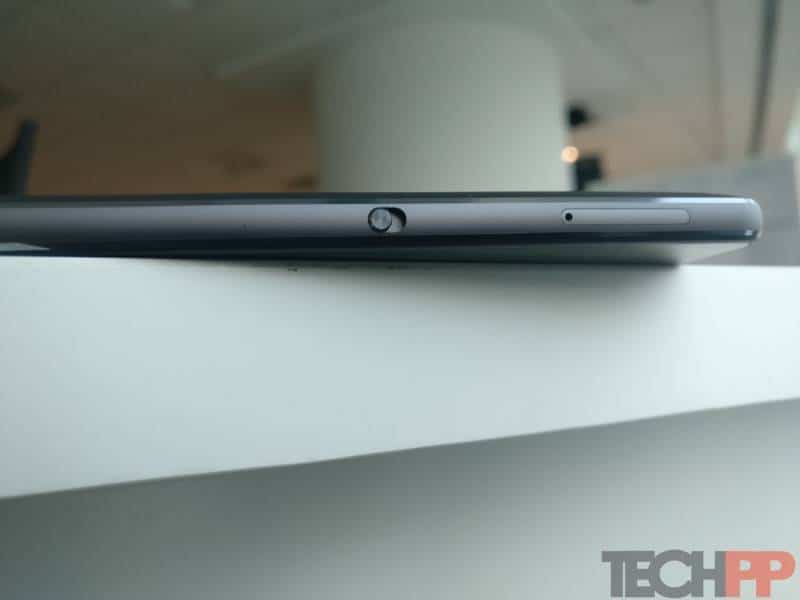 Do whatever you can in your might but you will not be able to bring it down – that best describes battery! The 5100 mAh, Snapdragon 625 combination raises expectations and the P2 delivers on them. We observed insane battery life of 10-12 hours even on the heaviest of usages. Put the phone through any kind of usage – 4G all day, a mix of Wi-Fi, gaming for hours, play music at its loudest but you would only find yourself struggling to drain the battery! These kind of numbers are good to take you through two days easily, no matter what. With normal usage involving calls, social media and web browsing, it can even get you through to three days. Though there is a dedicated power saving switch, you may never have to use it and we so wish that Lenovo allowed one to program this to do more. The Powerful Sweetness continues with the 24W rapid charging that takes the phone from 0-100 in just two hours! Lenovo’s marketing claims turned out true here – how often do we see that happening? 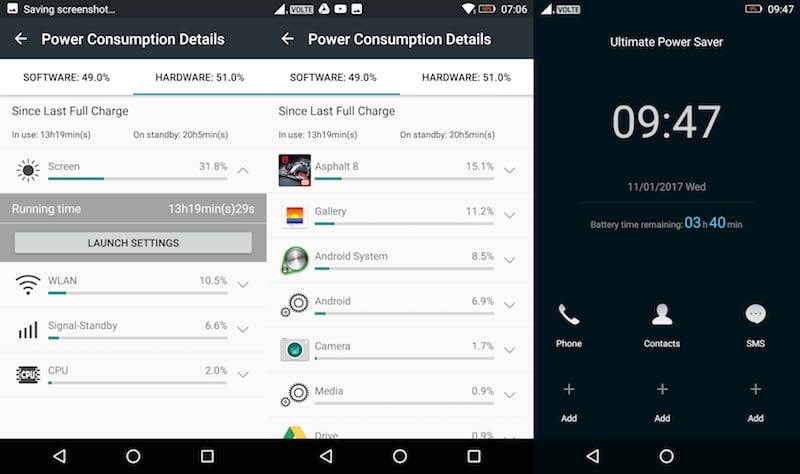 Off focus on the camera

Sweetness takes a slide downwards when it comes to the camera. A 13.0-megapixel Sony IMX258 rear camera with a dual tone LED flash comes with PDAF but struggles to lock the focus on the subject in both stills and videos. Daylight pictures are quite good and when it comes to indoors, noise creeps in and in low light more noise creeps in. One has to have a very steady pair of hands or else the pictures come out shaky. The Smart mode does help in improving things especially improving the dynamic range and exposure but you still have to make the camera “work for you.” The panorama process is slightly jerky and the output is not among the best as stitching needs improvement. There are Pro mode, Slow Motion and Time-Lapse modes which work just fine. The front facing 5.0-megapixel camera is underwhelming to keep it short. Overall the camera output is “usable” in most cases. If we were to put in a single line – do not expect it to knock it out of the park in terms of camera performance. 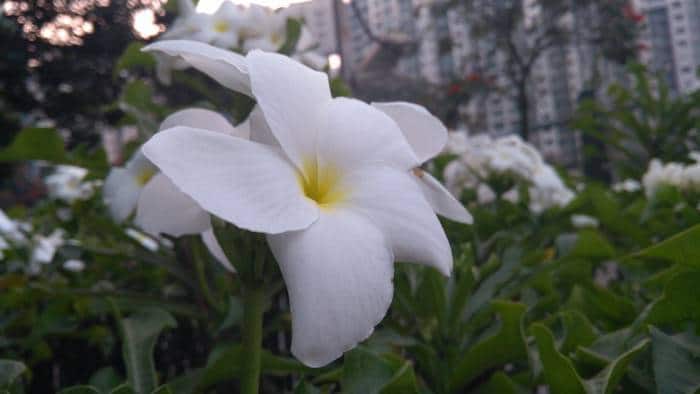 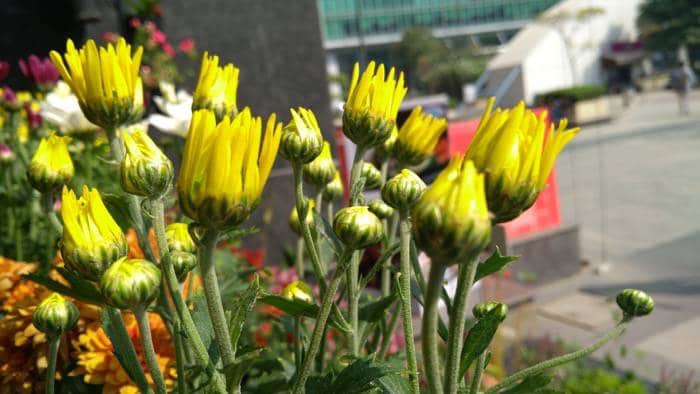 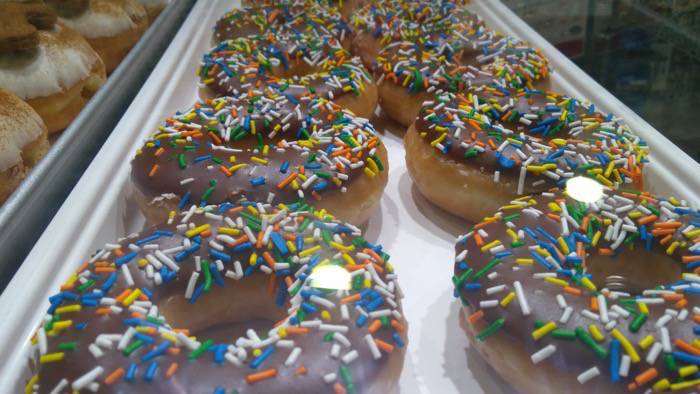 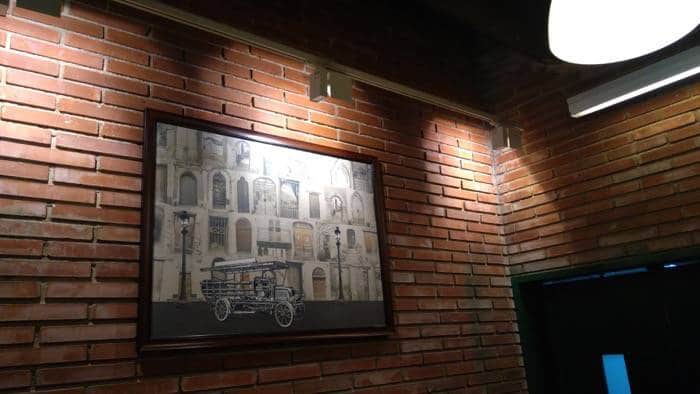 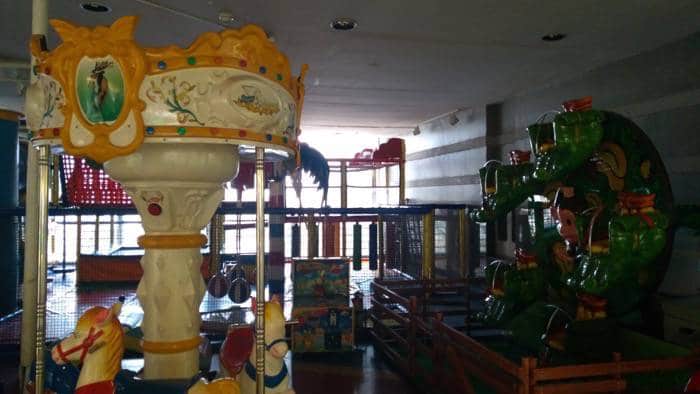 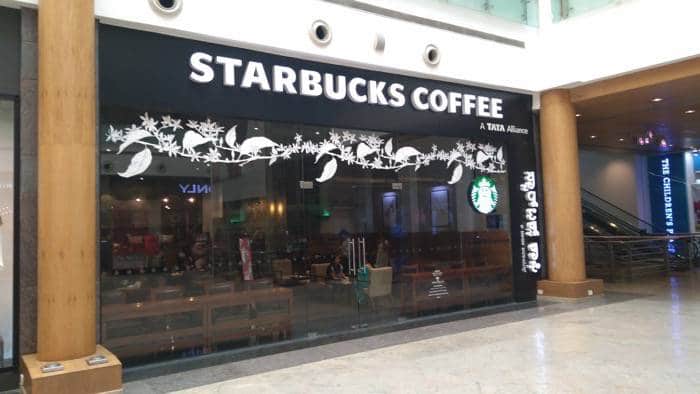 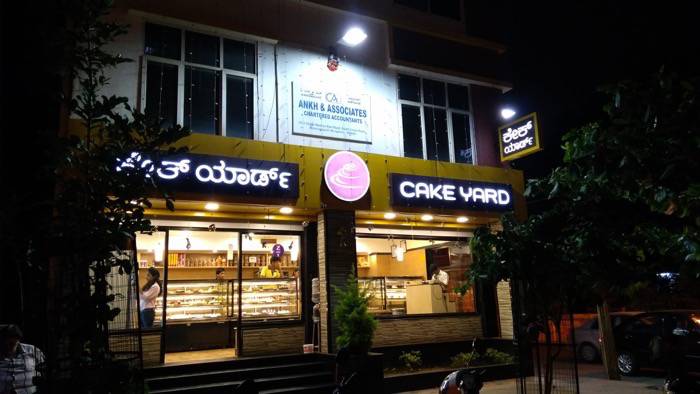 While the signal reception is very good on both the sims that support VOLTE, the volume via the earpiece is a tad low and on many occasions, we had to press the phone against our ears to be able to hear the voice on the other side. Plugging in the earphones helps as there are no issues on the calling front but music and media are rather flat. We miss the iconic audio enhancing features that Lenovo provided in K5 Note and Vibe X3. Goodness returns with the fingerprint scanner which is so quick and accurate and reliable! Ten fingerprints can be used in here and can also lock individual apps. The NFC feature is a nice icing on the cake though you may not use it much in countries such as India apart from pairing it with other phones. 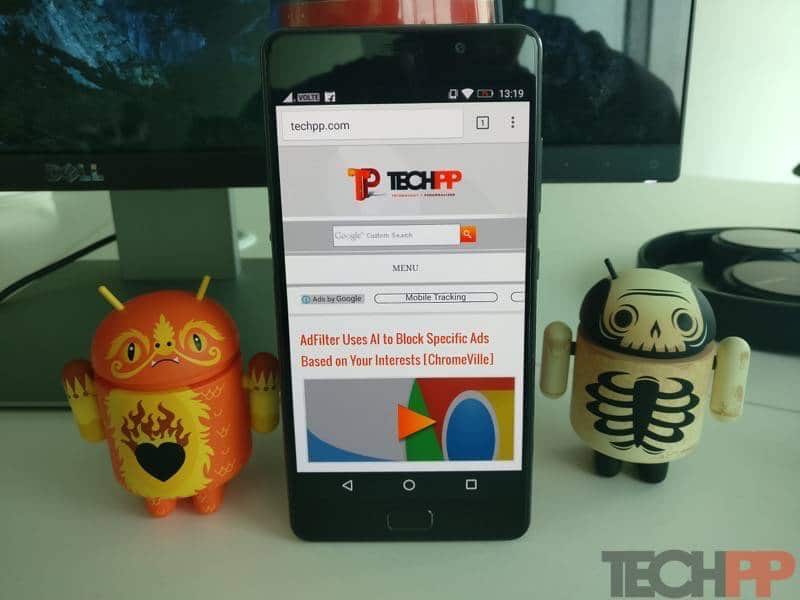 Successors EARN their right to be called so when they bring in considerable improvements to justify their existence. That is what the P2 is. Lenovo has got most of the important choices right here – the Snapdragon 625 processor, good RAM management, decent amount of UI customizations, AMOLED display, NFC, Notification LED, an awesome fingerprint scanner, reverse charging the battery, design and build quality, slim profile for such a huge battery, optimized software, TheaterMax support and good quality loudspeaker. Of course, there is no Gorilla Glass Protection, and the camera is average at best but that is not what the P2 is about. But do these functions become deal breakers in one’s day-to-day usage? Mid-rangers aren’t known to be “wow-ing” you on the camera front anyway – we saw that in the Moto Z Play as well. For what it’s worth, for what it’s pitching itself for (fulfilling marketing promises), the P2 does complete justice to its marketing promise and throws in some additional delights as well. That to us is “RELIABILITY,” where the pros outweigh the cons by a good margin. Yes, there are alternatives – there is the upcoming Redmi Note 4, the existing Zenfone 3 Max and their own Moto Z Play if you want to consider options. But we can tell you that the P2 will certainly grab your attention. And is well worth your confidence if it is decent performance blended with stunning battery life that you seek. As we said at the very beginning: