[Tech Detox] What the Hell is… ISO!

In the last Tech Detox article, we talked about how the optical element stacked on the back and the front of your smartphone (the camera) is becoming a subject of major importance to people. Photography is no longer limited to those with a DSLR and professional cameras. Phone photography is now emerging as a new trend which appreciates the art in a less complicated manner. Although it is majorly about touch to focus and instant picture clicking kind of settings, there is nothing which stops the new age phone photographers from trying different settings and enhancing the quality of the pictures they take.

And one of the settings that can make a major difference to their photography is ISO.

ISO: one of the Big Three Settings in Photography 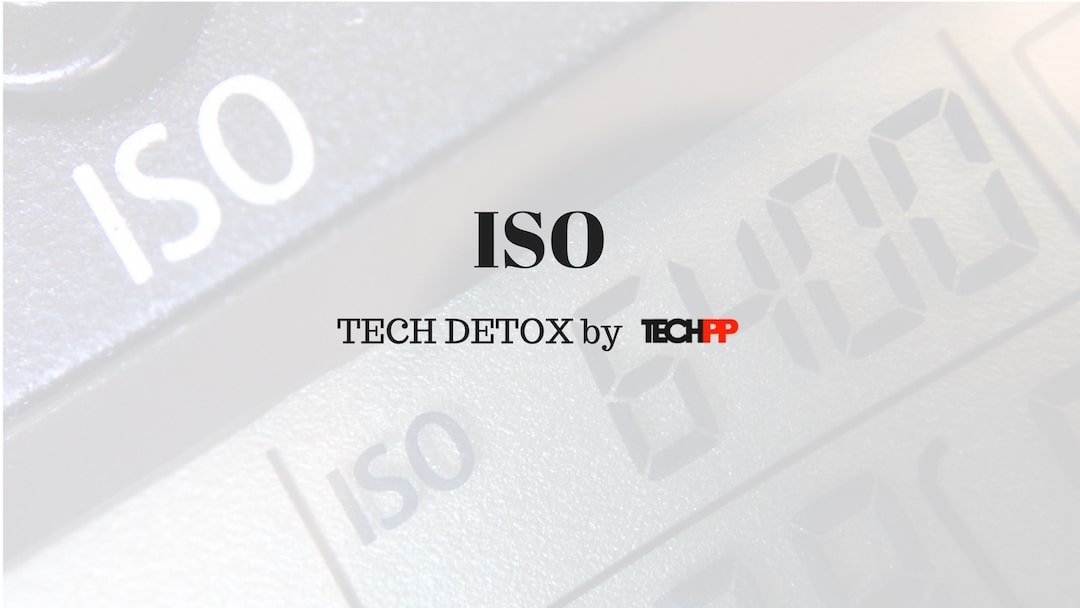 In our previous Tech Detox article, we had explained what aperture in a camera is and how it creates an impact on your photograph. We also mentioned that aperture, ISO and shutter speed are the three major factors which decided how the pictures you take are going to turn out. Now that we are done with the first one out of the three, let’s get onto the second one, which is the ISO.

Unlike the aperture, which is fixed in most phone cameras, the ISO can be altered. Many brands have started providing users with the liberty to change camera settings. Initially seen only in high-end phones, this option is becoming increasingly available in affordable devices too. We recently reviewed the Nubia N1, which had a dedicated ‘Pro’ mode in the camera interface which allows the users to change the settings. And one of these is ISO.

ISO, as many of brainiacs out there would have guessed already, is an abbreviation. The term ISO stands for – International Standards Organisation. No, don’t get too worried about that. We just wanted to complex things up a little before wearing the cape to save the day (evil smiles).

When it comes to photography, ISO in simple terms measures how sensitive your image sensor or sensor (which is the most expensive part of a camera) is to light. It all boils down to basic image formation:

The sensor is the place where the images are formed. How sensitive your sensor is towards light rays becomes very important. (For the record, we will explain sensor in detail in one of our forthcoming Tech Detox columns).

What do those ISO numbers mean? 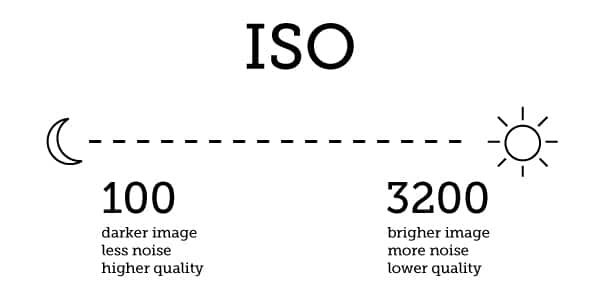 The sensitivity of the sensor is generally measured in numbers such as 100, 200, 400, 800, 1600, and so on. The numerical values have a direct relationship with the degree of sensitivity. In simple terms:

So how does sensitivity affect your photography?

Simple. If your image sensor is highly sensitive towards light, it will try to capture as much light as possible, and you will be able to capture images in low light without the use of flash. But the high sensitivity of the sensor also brings in a lot of grains (which photographers refer to as “noise”) in the picture, which can make the image look bad. On the other hand, if your image sensor is not so sensitive towards the light, it will give you sharper colors and high-quality images in a well-lit environment but can produce relatively dark images in low light conditions. 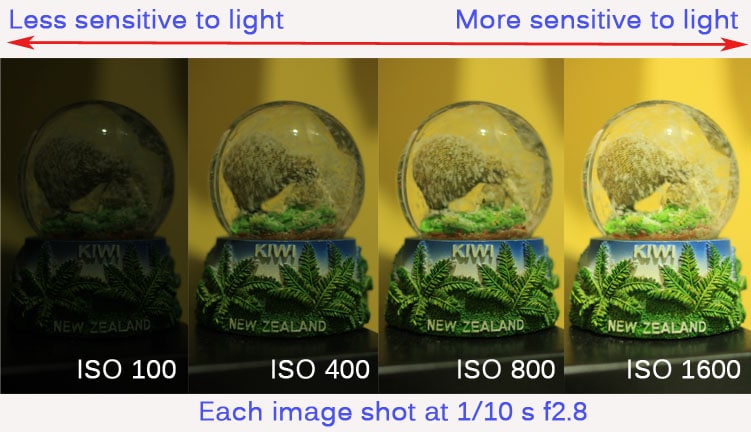 Every camera comes with something called ‘Base ISO’. Base ISO is the lowest value of ISO which can capture the best quality image through that camera by avoiding noise or grains in an image – it is different for different cameras (depending on the sensors). Thus to produce the highest quality image, one should stick to base ISO whenever possible. Most cameras also have an auto ISO setting which sort of automatically tweaks the ISO for the light conditions, without your having to do so.

But if one should stick to base ISO whenever possible to get the highest quality images and one also has the auto option, and everyone always wants the best quality images (we assume!), then why should one change ISO at all (increase it as it were – the base value is the lowest value, remember)?

Well, simply because there are specific conditions when a Base ISO value is simply not good enough to capture the subject. In particular, if you are in one of the following situations, go right ahead and switch to a higher ISO value:

Is it dark? Well, we think you should consider popping up the ISO value on your camera. As ISO is basically the measure of how sensitive your camera is towards light. Increasing ISO in low light conditions will increase the sensitivity of the sensor to the light available. Hence, you will be able to capture the subject without actually having to use flash or any external light source. Why not use a flash? Well, simply because a flash (unless it is a Xenon one) only lights up a part of a picture, giving it an artificial, often blue-tinged look. Yes, increasing the ISO will increase the graininess of the image too, but in most cases, the results will be better than one taken with a flash.

When you are clicking a subject which is not stable or is constantly moving, you can move up the ISO value to avoid the blur in the picture. This is because when you use a higher value of ISO while clicking a picture, the image sensor becomes more sensitive towards light and takes less time to produce a picture. For instance, if it takes 1 second to click a picture at 100 ISO value, it will take half a second for the image sensor to produce an image at 200 ISO value because the ISO value doubles up from 100 to 200 and increases the sensitivity. Similarly, in this hypothetical case, if the value of ISO is increased to 800, the camera will be able to capture the image in an eighth of a second which can be very useful when you are clicking a fast moving subject like animals or kids.

Most phone cameras, point and shooters and DSLRs come with an auto ISO mode. And believe us, in most cases, it works just fine. But if you have doubts about the light or movement, head to the settings and play around with those three magic letters – ISO.

And create your own masterpiece.