It is the time to be colored – and very brightly too – in some parts of north India as the country celebrates the festival of Holi. The festival involves smearing or chucking colors in dry and fluid form at each other, and is a riot of color.

Well, pretty much as our phones used to be about a decade or so ago. A far cry from the holy black, gold, gray and white quartet that we are so often subjected to these days. Yes, we know that some will pipe up and point out that Samsung, Huawei and HTC have come out with a few different shades in recent times, but the fact remains that by and large smartphones of late have started falling into one of the aforementioned four color categories – with the odd touch of rose gold thrown in for variety.

Which in my opinion is a colossal pity, because about a decade ago, you pretty much had a wide color spectrum to choose from if you wanted a phone. Samsung’s Corby range was famous for its funky bright colors; Sony used to deal with some very classy oranges (hey, the Walkman color), greens and purples; Motorola had many shades of its iconic RAZR (including one in bright pink); and do not even get us started on how amazing the aptly named LG Chocolate looked. Heavens, even BlackBerry brought out some red and pink phones, although the boss of them all, Nokia, was best identified with grays and blacks! Whatever phones lacked in those days (and the smartbottoms will say “OSes”, “multi-core processors,” “apps” and whatnot), it certainly was not a funky colored appearance.

And then things changed. Why, the Lord of Tech alone knows (some experts say it is due to the popularity of metal and glass, which are unsuited for bright colors; others say that having multiple colors is simply a logistical headache and still others claim that manufacturers figure that cases will be slapped on to phones anyway), but the fact is that in the smartphone era, as displays got larger and more colorful, the phones themselves started getting a trifle drab in terms of color. Bright colors were generally avoided and gray and black and darker shades rapidly started becoming the rule of the day (Apple took some time to come out with even a white iPhone, for Gawd’s sake). In perhaps the supremest bit of design irony, the brand that was initially identified with grey and black, Nokia, suddenly became the bastion of color with its effervescent Lumia and Asha series, daring to go with bright shades of orange, red, green and blue, even as most other players doggedly stuck to shades of grey, black, white and gold. There were occasional efforts to get bright colors back into the limelight – witness Apple’s attempt with the iPhone 5c – but by and large, color has been conspicuous by its lack of variety in the smartphone era. 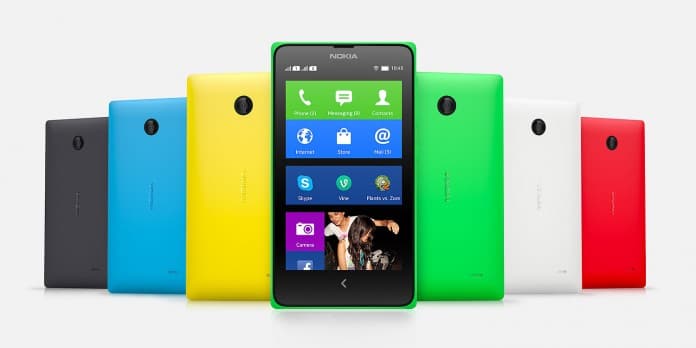 Some might wonder why I am so going on about color. Well, it is because it just gives the consumer more options to choose from (and to “better express themselves,” as the fashionistas would say) and also makes products more distinct. And that is particularly important at a time when both phone design and specifications are getting increasingly stereotyped and predictable. There is hope, though, that things might change – look at the attention paid to the brightly colored Nokia 3310 at MWC barely a few weeks ago.

So, as some parts of one of the world’s largest smartphone markets celebrates the Festival of Color, would it be too much to request some more color on the phone front? We are kind of getting bored of the “You can have any color as long as it is a shade of Black, Grey, White or Gold” routine!

[interaction id=”58c6209e3d7ca9a841f37b02″]
Was this article helpful?
YesNo
TechPP is supported by our audience. We may earn affiliate commissions from buying links on this site.
Read Next
With Football Manager 2023 Touch, Apple Arcade finally has its “killer ...
#Holi #Opinion #smartphones