Samsung Pay Launched in India with UPI and Paytm Integration

Samsung had begun accepting registrations for Samsung Pay a few weeks back and has now announced the same on PAN India basis. Samsung has officiated the Samsung Pay in India and has partnered with Visa, Mastercard, and American Express. The Pay will support Axis Bank, HDFC Bank, ICICI Bank, SBI Cards and is soon going to add support for Citibank as well. 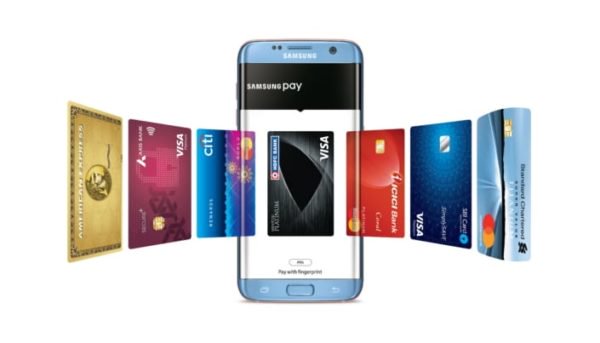 How to use Samsung Pay?

First things first, ensure that your device is supported by Samsung. Once done authenticate using a fingerprint or PIN, select the card and bring the phone near to the Point of Sale terminal. The Samsung Pay uses Magnetic Secure Transmission technology in tandem with Near Field Communication (NFC). The MST technology simulates a card swipe from the Samsung Device to the standard card reader and what this means is that Samsung Pay should work seamlessly with the existing Point of Sales (PoS)

Samsung Pay is an example of how we continue to push the boundaries of innovations to make life simpler and better for consumers. I am confident Samsung Pay will redefine digital payments and contribute to Digital India—HC Hing, President, CEO Samsung Southwest Asia

Samsung also touts the Pay as a Make in India initiative and further claims that it has been fine tuned to suit the Indian consumers. The Samsung Pay offers a mobile payment option that has been built natively on the Unified Payment Interface (UPI) and will also facilitate P2P transfer of funds between bank accounts. The best part is that the Samsung Pay will allow the consumers to link their Paytm accounts and thus let them pay by scanning the QR codes securely or by using OTP. Apart from the aforementioned devices in the future, Samsung Pay will also be available on Samsung Gear S3 Smartwatch.