The super affordable segment of the Indian smartphone market is becoming competitive with each passing day but has not seen a “killer device” for a while. Smartphone manufacturers introduce budget phones but they generally cut corners, heavily, more often than not affecting performance. Xiaomi’s latest smartphone in the Indian market, the Redmi 4A, lands in the ultra-budget segment. Priced at Rs. 5,999, the phone has already sold a quarter of a million units on Amazon on the first day of its sale within minutes. But has Xiaomi also cut corners to an extent or does it have another budget bracket winner in its hands, like its own Redmi 1S of 2014?

Made of plastic, still looks fantastic

We were talking about cutting corners and one place where the company seems to have done so is in the design department. We have generally seen Xiaomi phones with a metal unibody design but the Redmi 4A comes with a polycarbonate plastic body. That said, it looks high quality and does not look cheap. We actually found ourselves in a debate for a brief moment where we could not decide what the phone was made of because of its metal-like appearance. It has a 5.0-inch HD display which makes the device compact and easy to use. [pullquote] Despite being an ultra-budget smartphone, Redmi 4A has an InfraRed port[/pullquote]

The display on the Redmi 4A is HD display with a resolution of 720 x 1280 pixels and covers most of the front side of the phone. The display is not the brightest we have seen but is pretty good considering the price point (that is a rationale that will appear again). There are the proximity sensor, the earpiece and the primary camera above the display, and there are three capacitive buttons below it, which are not backlit, which can be problematic initially before you get the hang of their location. 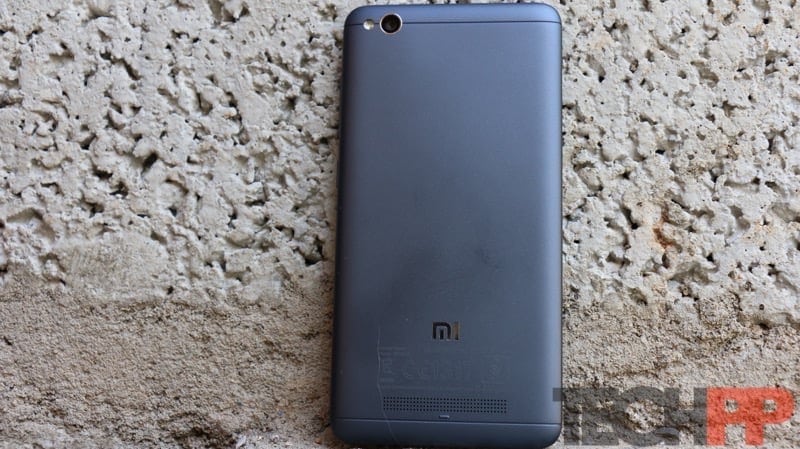 The back of the Redmi 4A curves on the edges and as the phone is very compact, this adds to the great hand-feel factor of the phone. Two plain antenna bands, one on the top end and the other on the lower end split the back into three segments. The primary camera is placed on the antenna band on first antenna band along with the LED flash. The company has added a touch of bling on the phone on the back but placing the Mi logo in the silver metallic reflective material which definitely jumps out. There is also a speaker grille on the back just above the second antenna band. Xiaomi has placed the USB port and the mic on the base of the smartphone while there is the good old 3.5 mm jack and the infrared port on the top. The right side of the phone sports the volume rocker and the power button whereas the SIM card slot pops out from the left.

It measures 139.5 x 70.4 x 8.5 mm and weighs 131.50 grams which makes it the lightest Redmi phone ever, as stressed at the launch of the phone. Another thing to note that Xiaomi has left the fingerprint scanner out in the Redmi 4A a case which might strike some people as a miss but overall we think the smartphone passes with flying colors in terms of looks.

While many smartphone manufacturers cut costs when it comes to the processor of the smartphone, Xiaomi has decided to stick with Qualcomm even for its ultra budget range phone. The Redmi 4A comes with a 1.4 GHz quad-core Snapdragon 425 chipset coupled with Adreno 308. The phone also comes with 2 GB RAM and 16 GB internal storage which is expandable up to 128 GB via MicroSD card. 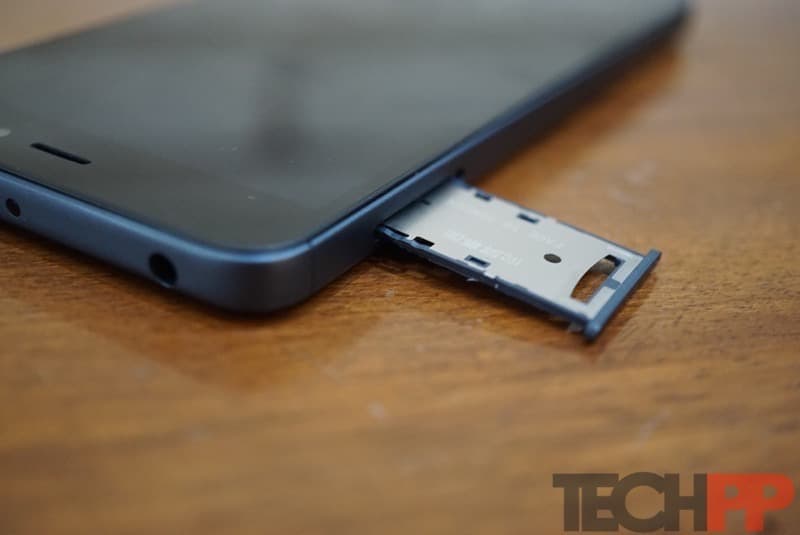 The phone handles most of the daily multitasking tasks easily. It scored 35803 on the AnTuTu benchmark test and switching from one app to another never seemed to be a problem. A hint of sluggishness crept in when we opened too many apps in the background at the same time but nothing hit us like a wrecking ball per se. The phone ran smoothly through casual games like Dr. Driving, Candy Crush and Subway Surfer but lagged in the heavy gaming zone- this is not tailor-made for the Asphalt series, even though it can handle the game with a few lags and pauses. Interestingly, the phone did not heat up when we put it through the heavy gaming territory. We also felt that the Redmi 4A took a little more time to launch apps than it should but the phone gets major thumbs up in most of the areas of performance at this price point.

A camera that exceeds expectations

Cameras have, of late, been a tricky territory for Xiaomi and we did not actually expect too much from the shooter on the Redmi 4A, given its price point. But Xiaomi has exceeded our expectations with Redmi 4A, which comes with a 13-megapixel primary camera with single LED flash and a 5-megapixel front shooter. And it is not just about numbers – the camera actually performs well. 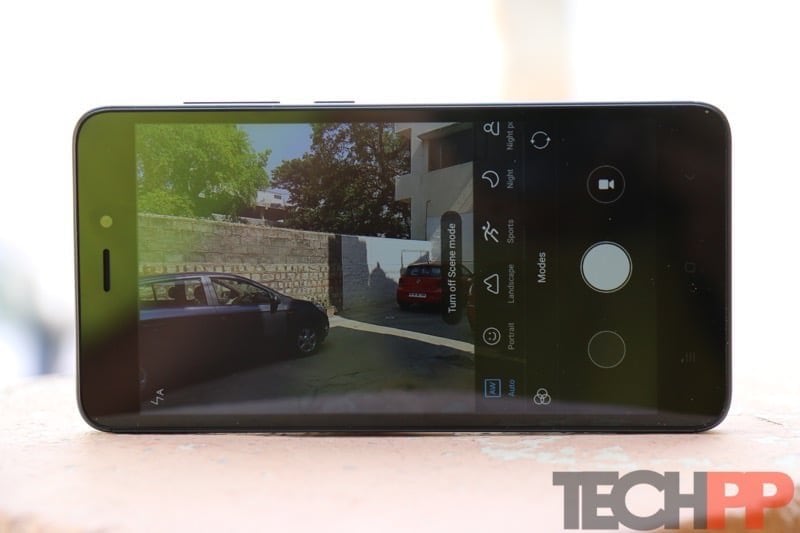 The primary camera performed very well in broad daylight and we managed to click some pictures with great detail and color and it even threw a bit of bokeh in some of our close up shots. It produced great contrast which we thought was leaning towards being a bit saturated in sufficient light but came across as a decent camera.[pullquote]It is not just about numbers – the camera actually performs well. [/pullquote] That said, the camera did not perform that well in less than bright daylight or in general room conditions. The colors seem faded in some cases while the pictures turned out to be a bit grainy in certain low light conditions. The selfie camera suffered from the same problems and did pretty well in sufficient light but got grainy in low light. The camera also came across as a little inconsistent but produced nice shots most of the times. There is a variety of shooting modes in the camera app, in best Xiaomi tradition, and most of them work very well indeed. No, it is not the most consistent camera we have seen, but it punches well above its price! 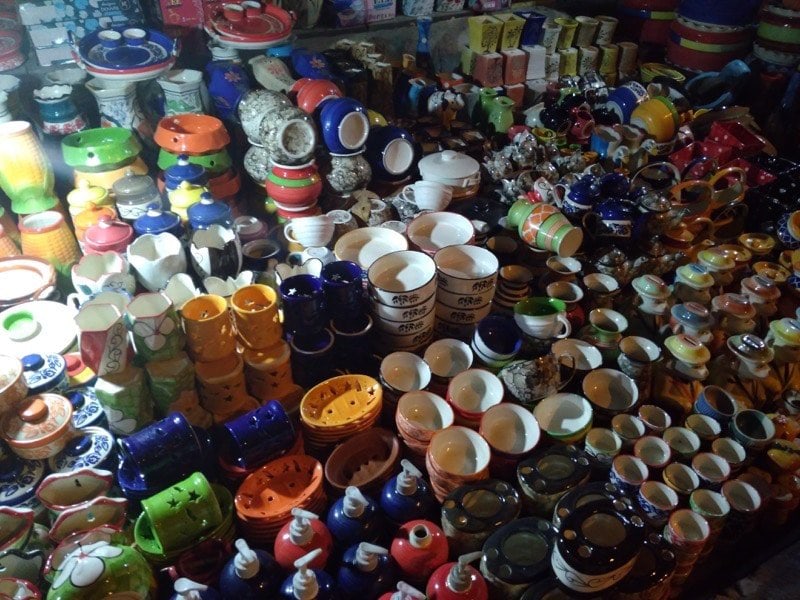 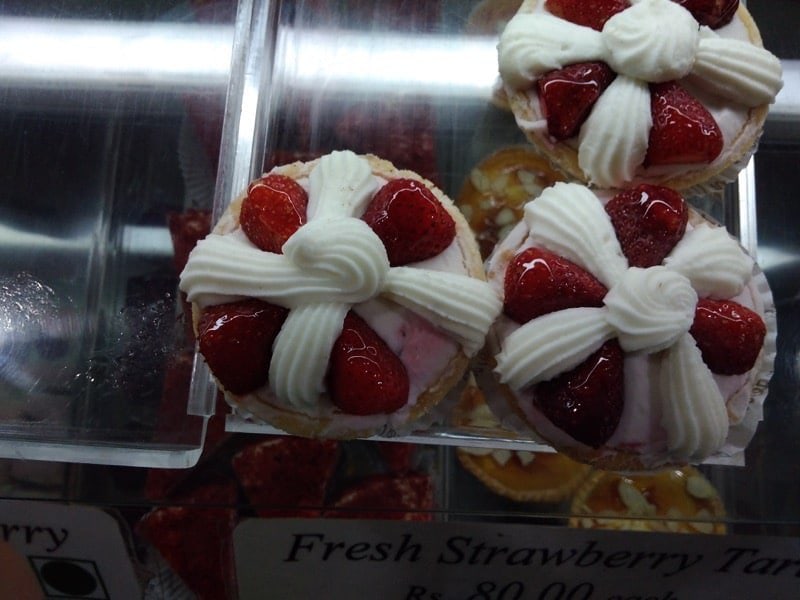 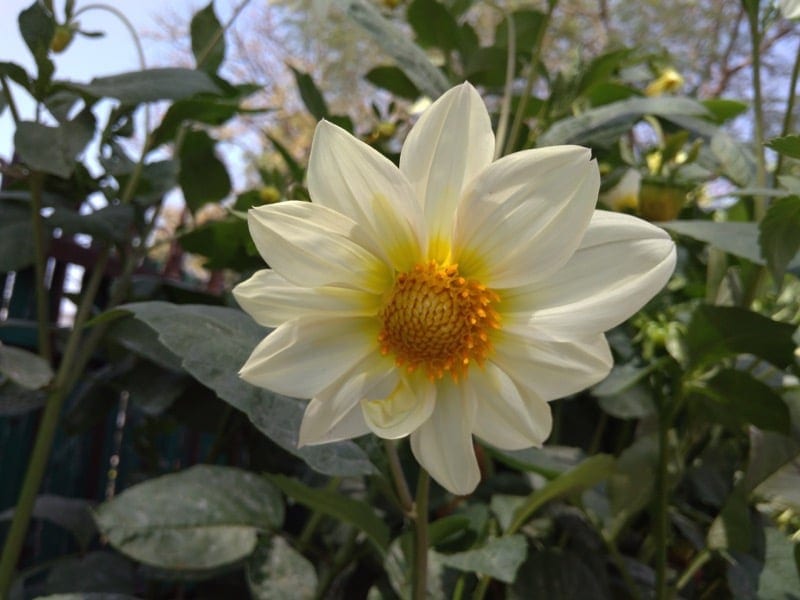 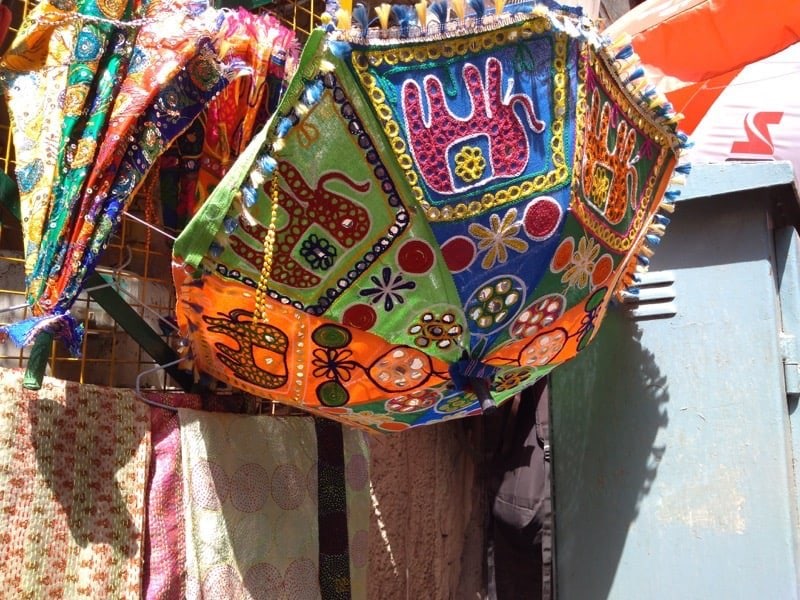 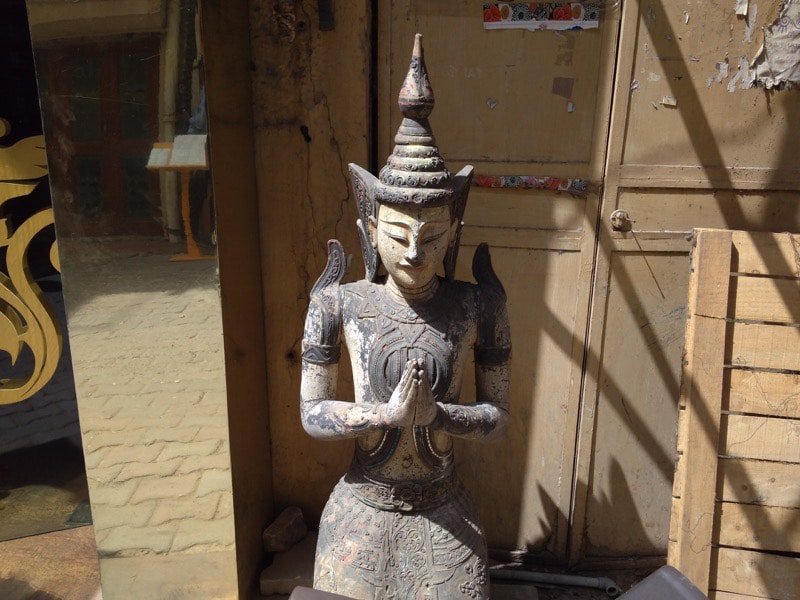 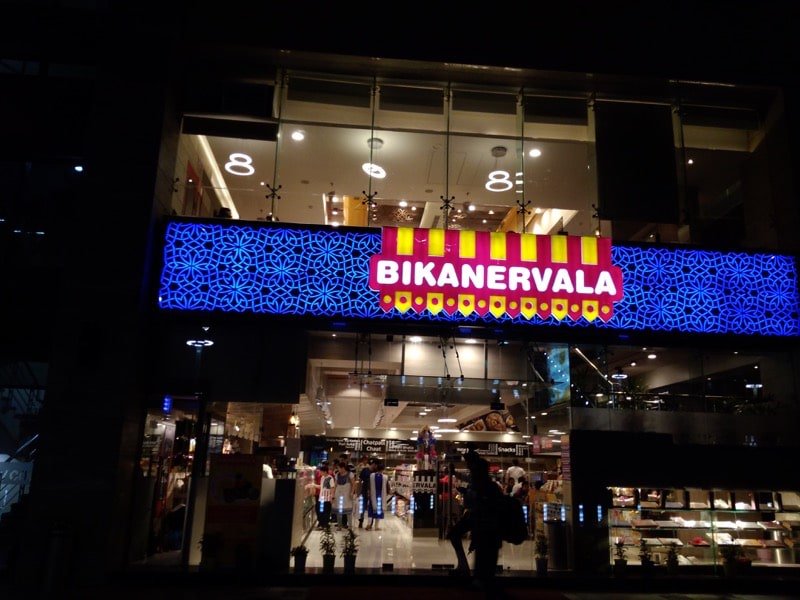 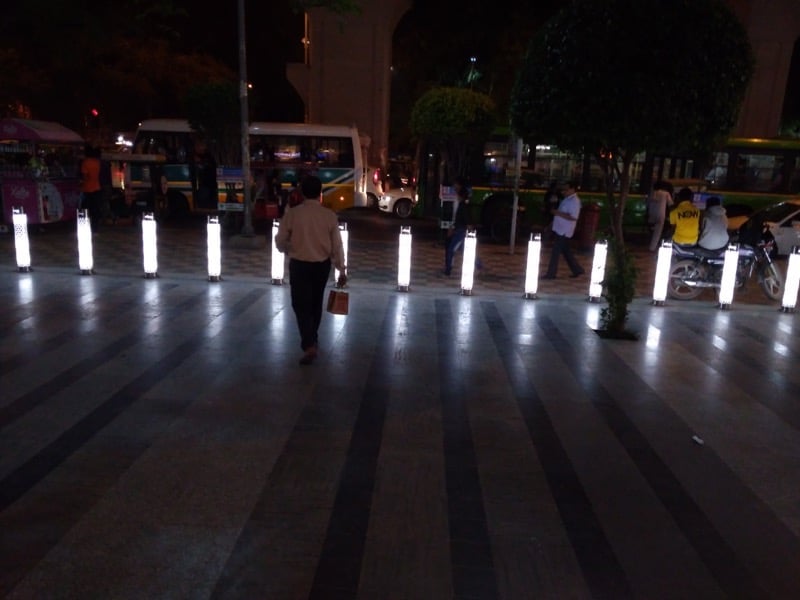 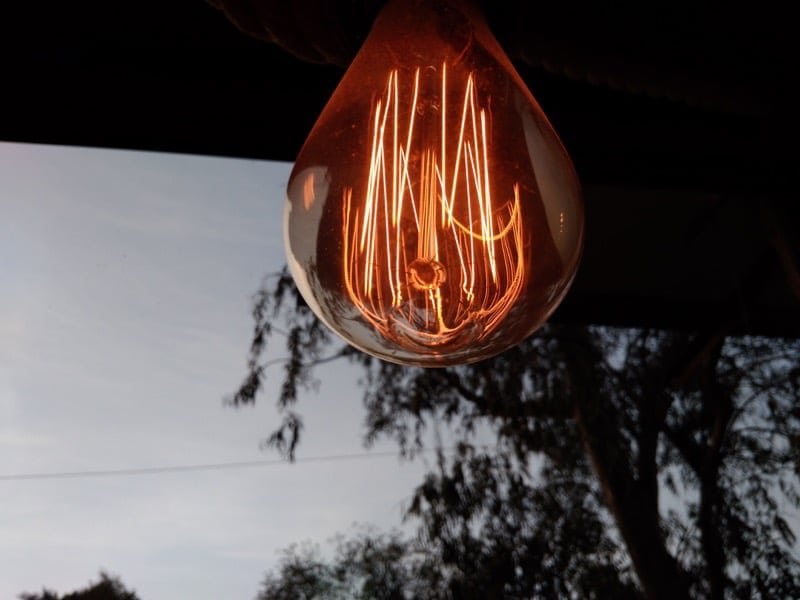 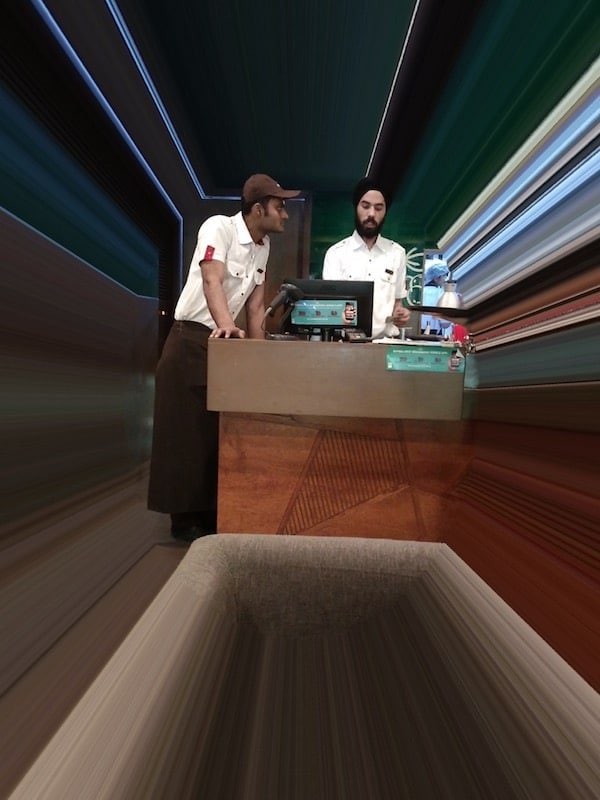 The Redmi 4A comes with a 3,120 mAh battery. No, it does not match up to the bigger numbers present in some of the phones but is definitely decent enough for a phone priced at Rs. 5,999, and can easily see a day with normal usage and a bit of heavy usage. The phone comes with a hybrid SIM slot which can support two SIM (Micro and nano) or one SIM and SD card. The sound on the phone is not going to match up to the standards of an audiophile but it definitely is good enough for an average user. The phone supports 3G and 4G connectivity with VoLTE support at this price point and we faced no connectivity or call drop issues. 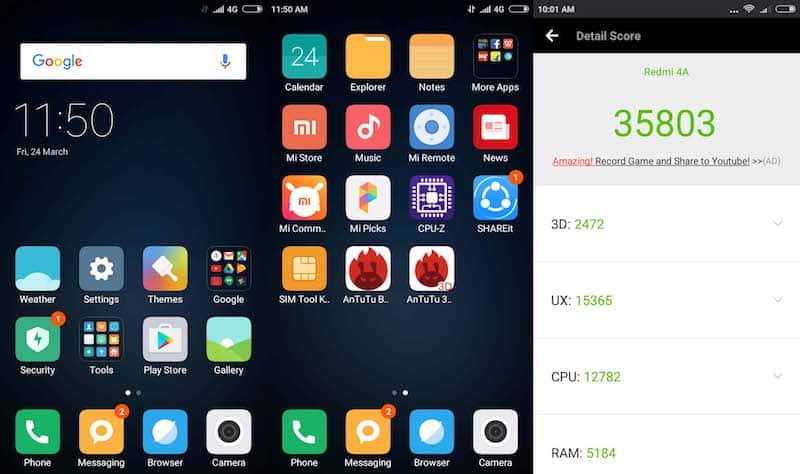 One of our favorite parts of a Xiaomi device has been the user interface of the device. The Redmi 4A runs on Android Marshmallow 6.0 with MIUI 8 topping. We have always appreciated how Xiaomi’s user interface allows you to do more with the phone without being too complicated. MIUI 8 now also offers features like dual app support which means one can run two accounts on the same device for apps like WhatsApp and Facebook along with others, separating your personal data from professional ones. While launching the Redmi 4A, Xiaomi also gave a preview of the features coming up on MIUI 8, one of which is to make railway ticket alert messages (which are widely used in India) look like actual rail tickets. That said, we think the company could have given us the latest Android version, Android Nougat. But this is just us nitpicking stuff. At that price…

Cutting corners? Yes, but on price, not quality 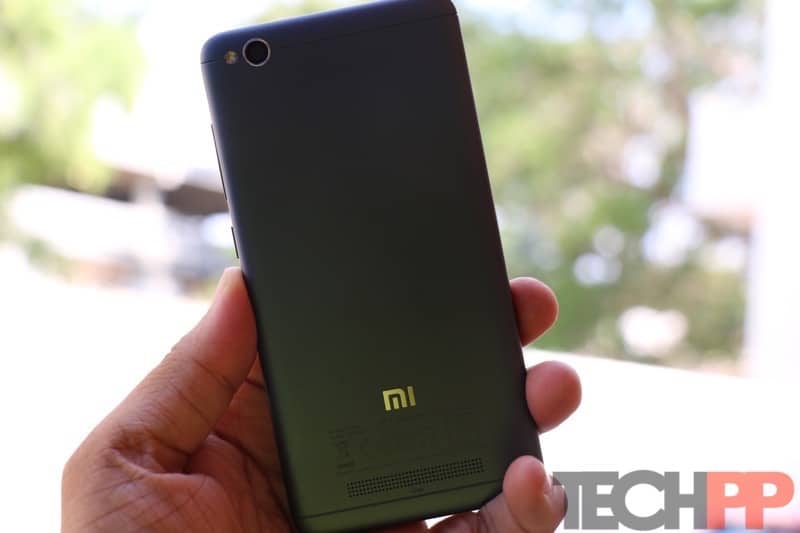 The Redmi 4A has the potential to stir up (in fact, going by the first sales figures, it has already stirred up) what we call the “ultra-budget” segment in the smartphone market. In fact, we think it can even give tough competition to even devices that come with higher price tags. No, there is nothing that really jumps out of the device, as exceptional but then there are no deal breakers either, and at this price that makes the Redmi 4A a very sweet deal. The perfect solution for those wanting a good smartphone but facing budget blues.

Xiaomi Redmi 8A Review: Continuing that Redmi A series…
Redmi Note 11T 5G Review: A Redmi Note 11, but not THE Redmi…
OnePlus Nord vs Xiaomi Redmi K20 Pro: Another OnePlus and…
With the Redmi 9 Power, Xiaomi gets up to the nines with…
Xiaomi Mi 10 Review: The Premium Segment Gets its Redmi Note
Redmi Note 11 Review: A REAL Note from Xiaomi, but not a…