After a long hiatus, Sharp has launched a new high-end premium smartphone in the Aquos lineup. The Aquos R is the latest flagship that is powered by the combo of Snapdragon 835 and 4GB RAM. 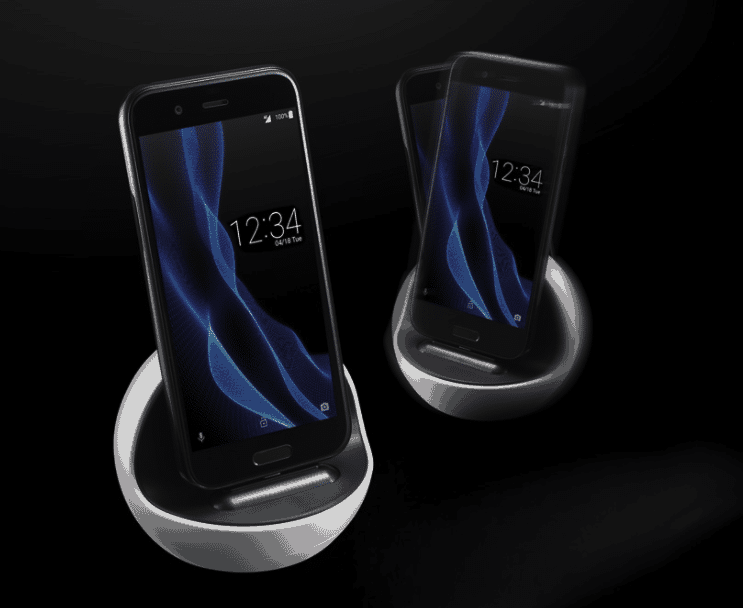 The Sharp Aquos comes equipped with a 5.3-inch QHD display bundled with HDR 10 capability. Sharp also demos how the IGZO display uses higher refresh rates resulting in a better touch sensitivity. Storage options on the Aquos R include a 64GB internal memory. On the imaging front, the Aquos R offers a 22.6-Megapixel primary sensor with 90-degree, wide angle lens, f/1.9 aperture OIS along with a 16-Megapixel secondary camera sensor. The device will sport Android 7.1 Nougat and features a metal body. The home key along with the fingerprint sensor is placed on the front.

Backing the device is a 3,160 mAh battery that supports Quick Charging via a compatible Quick Charge 3.0 adapter via the USB-C port. Sharp has also incorporated something that it calls EMOP, an AI based feature that was announced along with the Aquos R. Also, the Japanese users will be able to buy special charging dock called “Robokoku.” That said Sharp is yet to share the pricing details and the availability of the Aquos R, considering the fact that it’s referred to as high-end compact hints at a relatively higher price tag. Also, it’s most likely that the Sharp Aquos R will not step out of Japan and leave the International Sharp loyalists in a lurch.

Sharp is one of the popular smartphone makers in Japan and apart from smartphone and displays, they are also into domestic robot segment (Check out RoboHon). Last year Foxconn, one of the largest contract manufacturer had taken over Sharp and is expecting to leverage it for the upcoming Toshiba chip bidding.