Low Price iPhones: Is the Godphone Losing its Sheen in India?

When revenues and brand equity collide

A close friend tells me that there used to be a five-star hotel near his college. Of course, it was morbidly expensive. But most of the students used to plan to go there for a cup of tea (forget meals – they were way too expensive) and actually used to save money for it. “It was a big deal,” he said. “It was, after all, a five-star hotel. Being seen there. Talking about being there. Meant a lot to us.”

The hotel started observing that a number of the college students would drop in for a cup of tea or the odd snack. Sensing an opportunity, it introduced a special lunch on some days which would be offered at a much lower price. The lunch was clearly targeted at the college students, with the hope and expectation that as they got “used” to the hotel, they would become customers for their regular (and “more expensive”) menu as well.

“What actually happened was: we went there for the special lunch and stopped going there for anything else. There was no point in saving money for a cup of coffee or a pastry – we were going there anyway for something that cost much lesser. And we also figured out that the hotel was vastly overcharging for its other products. The whole ‘aspiration’ factor got killed,” my friend remembers. “Had they stuck to their original menu, we would have still been saving and going there. The total revenue to the hotel would have been lesser in the short run, but it would have always been something special for us. The moment they slashed those prices, they lost a bit of their sheen…”

Some might consider it to be a bit of a wild and unfair extrapolation but I could not but help get a similar feeling when I saw the prices of some Apple devices in a recent sale at an e-commerce portal. iPhones that were barely a year or so old were being sold at close to half their price, and even the current lot of phones were available at significantly lower prices. Of course, a point that needs to be made here is that these were not the “official” prices of the devices, which remain relatively high, but on the flip side, did the consumer actually care about the official price when he or she was getting a highly aspirational product at a much lower price with proper documentation? 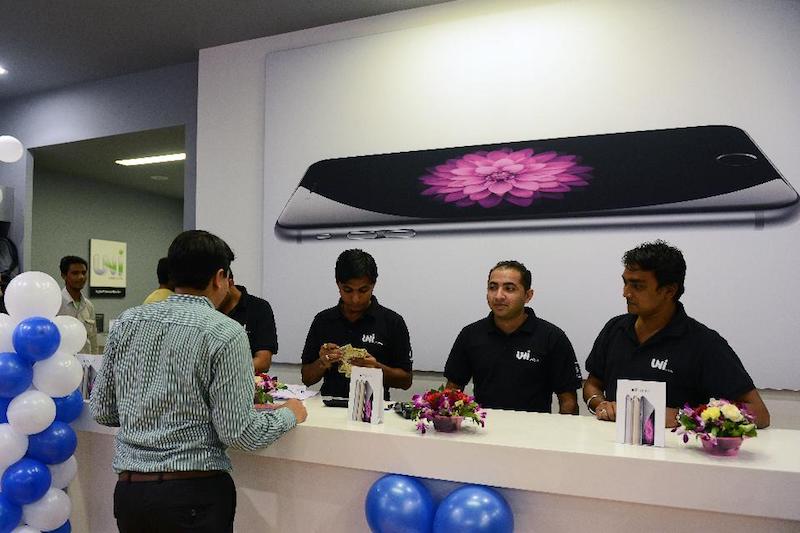 The key word here is “aspirational.” An iPhone was never just another mobile phone, no matter how much its competitors railed against it. It was never totally about the specs or even the much vaunted and advertised design or iOS or apps – that was the geek squad’s preserve. For the mainstream user, it was the Godphone, for God’s sake. It was supposed to be special. Which is part of the reason why the device was able to command the sort of premium it did in the Indian market. People used to save up to buy an iPhone and for all the grumbling about its price, at the end of the day, ended up preening about their purchase.

Because, hey, they felt they had got something special. “An iPhone is an iPhone,” to use Cupertino’s own marketing spiel. It was not your run of the mill Android.

Which makes me wonder if the availability of iPhones at surprisingly low prices might not deprive the brand of some of its sheen in India. No, it is not as if we have not had low-priced iPhones before (I remember that the 3GS sold for as little as Rs 9,999 once) but these were generally much older devices coming to the end of their software update tether (like perhaps the 5s today). We certainly did not have devices that were barely a year old being sold on reputable sites at discounts of thirty to forty percent. 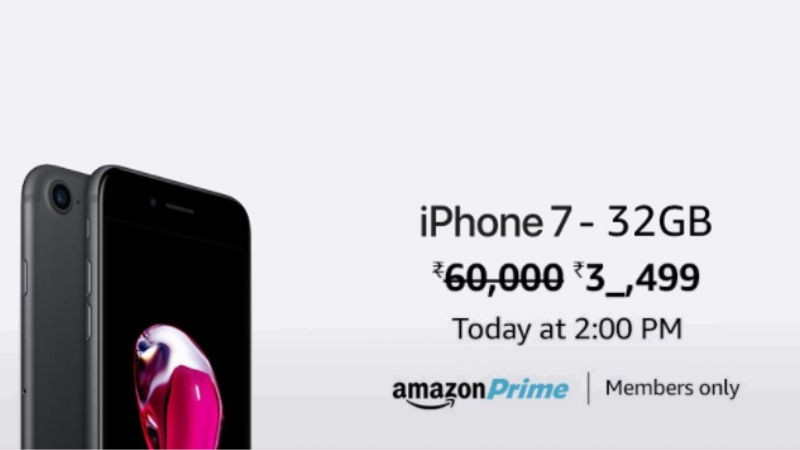 Of course, there is the flip side of the argument. A more affordable iPhone would translate into greater sales numbers and a bigger market share for the Cupertino company in one of the world’s largest smartphone markets. True enough. There is no doubt that the number of iPhones one sees these days is much higher than before.

However, this increase in sales could prove to be a bit of a poisoned chalice if it comes at the cost of a dimming of the brand’s aura. Will people continue to save for an iPhone or even line up for its purchase on its launch date as enthusiastically as they do now if they know that prices will dip in a short while? One of the plus points of the iPhone used to be the fact that you never faced an “early purchaser’s regret” while buying because its price used to remain more or less stable to close to a year. That factor also gave the phone a very high resale value (again something that defines an aspirational product – people will shell out more for a second hand Rolls Royce than for a first hand Maruti, such is human nature). The more people use it, the more popular it becomes, the less aspirational it is likely to be. Ironic? Indeed, but true nevertheless.

Of course, it is way too early to draw conclusions, but with prices dipping dramatically at much shorter intervals, Apple might just have to work that much harder to convince people that the iPhone is worth the premium it charges. The Godphone at lower prices is good news for consumers.

But it also makes the phone just a trifle less God-ly. Less special.

No, this is not an appeal to Apple to keep its prices high (we would be the happiest if it came out with a USD 100 iPhone) – pricing is totally the company’s call. But just like that hotel my friend used to visit, I wonder if the Cupertino giant realizes that one of its most popular products might be just getting a trifle less aspirational.

With greater volumes at lower prices comes mortality. And that is something the Godphone might have to deal with in India very soon indeed.

Apple iPhone Long Term Review: The game changing godphone
Google Pixel 4a Review: The Godphone for Google Fans
Sony offering its top ANC Headphones at a fantastic price in…
Huawei FreeBuds 4i Review: A Well-Rounded ANC Performer for…
Huawei sells its Honor smartphone brand in a bid to ensure…
Lenovo IdeaPad Slim 5i Review: Slim in its Name, Strong at…