Apple has been investing its efforts in the health space for quite some time. The Health Kit has been one of the initiatives when it comes to Apple Watches. Since recently the rumor mills have been predicting a bloodless glucose monitoring device which is designed to address Type-2 diabetes. Type-2 Diabetes has been slowly spreading its tentacles, and as opposed to the Type-1 Diabetes that is not curable, the Type-2 can be controlled with some optimizations in the lifestyle. The instances of Type-2 diabetes has quadrupled since 1980 to a staggering 422 million. 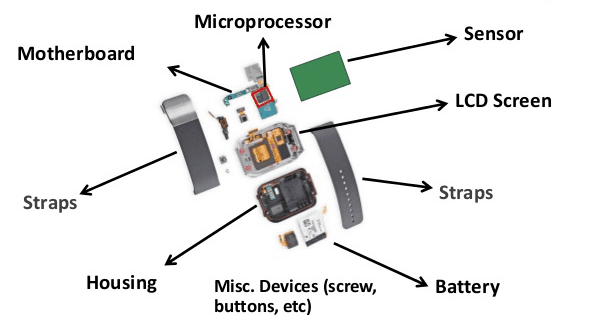 Well, we can draw some similarities between the Glucose Monitor and the Fitness Trackers, both the devices continuously monitor your body’s health parameters. Needless to say, once the glucose monitor materializes as a lifestyle device it will start serving the diabetes patients with all the vital information. The data can then be filtered in order to derive deeper insights. The current crop of blood sugar monitors is in a way helping the subject realize the anomalies in blood sugar levels but is still invasive in nature.

Recently, CNBC speculated that a “supersecret” team of biomedical engineers are working together for Apple. Apparently, it was Steve Jobs vision to develop sensors that can non-invasively and continuously monitor blood sugar levels in order to help treat diabetes better. That being said this is not the first time that mankind has attempted to measure blood glucose level by using non-invasive methods, it has been tried before by many scientists and they have failed to come up with such a device.

In fact, Tim Cook admitted to the fact that he was wearing a glucose monitoring device and said, “I’ve been wearing a continuous glucose monitor for a few weeks,” he said. “I just took it off before coming on this trip.” However, this was just one of the few instances wherein Tim Cook talked about Glucose monitor. In yet another case he said that Apple is not keen on baking in the glucose monitor within a watch as it would be then subjected to the FDA process and regulations.

Connecting the dots this is what we can predict, Apple is serious about its glucose monitor, it will most likely be a separate accessory which will work in conjunction with the watch and most importantly it would be non-invasive in nature. It’s also worth noting that a simple Google search for Bloodless glucose monitors will end up showing off a handful of such non-invasive devices but most of them are still in the study stage and none are publicly available.

TechPP is supported by our audience. We may earn affiliate commissions from buying links on this site.
Read Next
Enabling, Empowering, Easing everyday life: What makes The Greatest another g...
#apple #Biomedicine #Glucose monitors #healthcare