Those who think that there is no room for sentiment in the cold, practical, byte-filled world of technology got their comeuppance at MWC this year when a feature phone upstaged some of the most powerful smartphones in the world and hogged the spotlight. A new edition of the Nokia 3310 grabbed as much (if not more) attention as the likes of the LG G6 and Samsung’s tablet range. It was a bit like a Tuk Tuk stealing the show from the latest Harley Davidson.

But if revealing a new version of the 3310 was a marketing masterstroke in terms of grabbing attention, it remains to be seen whether it will prove to be commercially successful as well. After all, not everyone is going to be swayed purely by sentiment in a world that is seemingly obsessed with spec sheets. And there are those who even feel that the new 3310 is actually nothing like the original it was named after (our own features writer rather bluntly stated that it did not make her feel sentimental in the least). Yes, the Nokia 3310 has a lot to do if it wishes to step into the rather ample shoes of its original namesake in terms of sales as well. 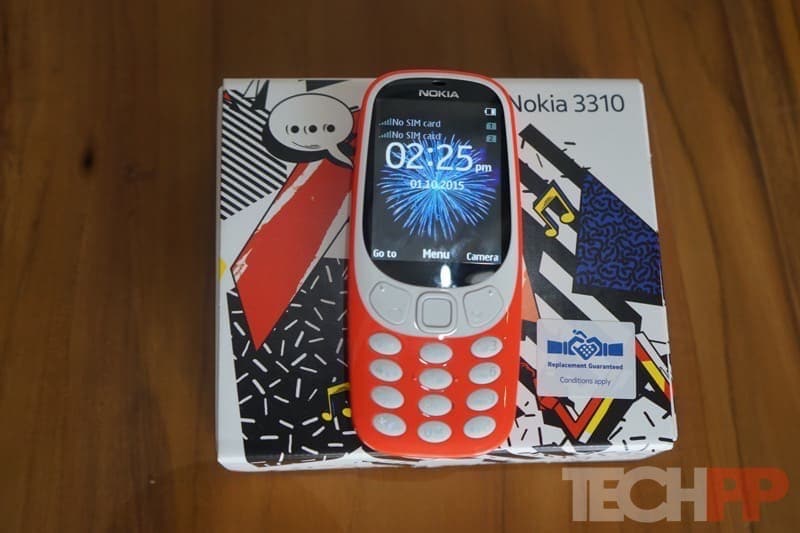 Right, let’s get that exclamation (and its variants) out of the way. Those indeed are the words that are likely to greet the appearance of the 2017 avatar of the 3310. The phone is amazingly small in a phablet world – it is a mere 115.6 mm long (to get a better idea, the super compact iPhone SE is 123.8 mm long!) and is 51 mm wide (the iPhone SE is 58.6 mm). Yes, at 12.8 mm, it is pretty thick, but let’s get one thing straight – this is a phone that has been made for single-hand use. It is a featherweight 79.6 grams in weight and in best Nokia tradition, delightfully solid.

But that said, those looking for a 3310 clone need to rein in their expectations. For, the new 3310 is a very contrary beast from its namesake. It is less block-like and thanks to the glossy finish and curves, a whole lot more compact and easy on the eye – it almost looks like a toy phone. It also has a larger display, 2.4 inches as compared to the “5 line” display and this time it is a color display, not a greyscale one, although both screens come within a curved oval space. The UI is also spruced up – yes, there is Snake, but even it has been reformatted for more colorful and modern times.

The alphanumeric keyboard with a D-Pad and call receive and reject keys (which also double up as contextual buttons when not in call mode) placed below the display, however, scream “feature phone.” There are no volume or power buttons on the sides (the call reject button backs up as a power button too – just long press to turn off the phone). We can see a lot of people sighing with nostalgic delight at that keyboard, as all the old T9 typing commands come flooding back to mind. And oh yes, there will be more memories of old times past when you realize the back cover comes off to reveal dual SIM slots and a memory card slot, which lie just below the removable (yes!) battery. The phone sports Bluetooth and 2G connectivity (no Wi-Fi) and also has a 2.0-megapixel camera and a flash at the back, as well as a speaker. Also onboard is an FM Radio and support for playing MP3s. Rounding off the feature set is a 3.5 mm audio jack at the base and a micro USB port at the top. 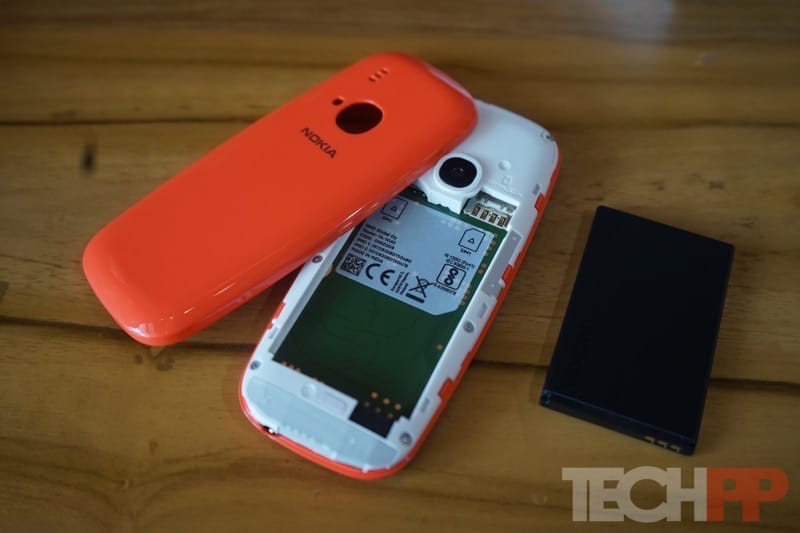 No, there’s no way you would mistake it for the original 3310. And honestly, we do not think that dropping it on a floor will smash the floor, but that said, the new 3310 shares one of the most outstanding virtues of the original – HMD Global is talking about 22.1 hours talk time.

Dumb blonde in a smart world?

The big question, of course, is whether that makes a difference in the smartphone era. We have heard of a lot of people saying that its battery life and simplicity makes the 3310 the ultimate backup phone. And the “I am getting this phone for my mum” line has been doing the rounds too. The stark fact, however, is that the absence of 3G (forget 4G) and Wi-Fi connectivity and the almost total absence of “smart” features (there is an Opera Mini browser, but that’s about it in online terms) is going to make the 3310 appear as not the greatest proposition in those eyes that are not misted over by sentimentality. 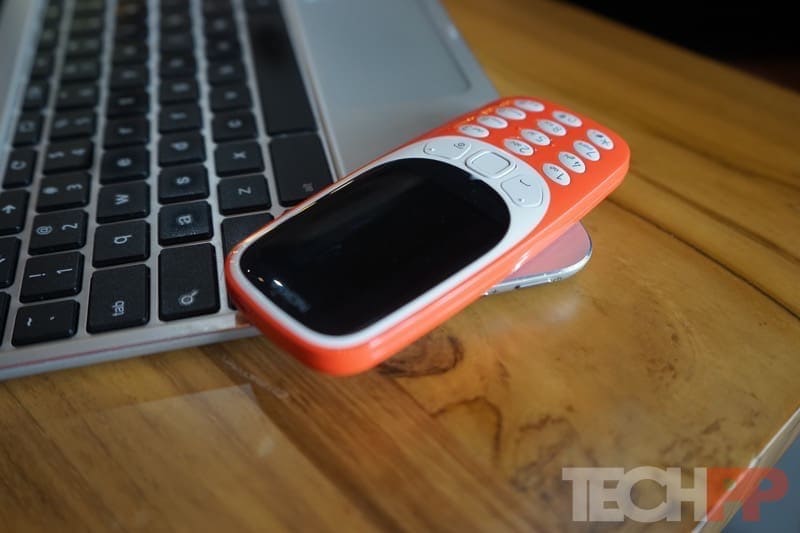 At Rs 3310, it also faces some very stiff competition from lower-end smartphones that might cost a little more but offer more in terms of larger displays and online connectivity (the Micromax Vdeo is retailing for about Rs 4500). At a time when everyone is screaming 4G, a 2G phone might strike some as odd. Yes, it might appeal to those who mainly text and call and yes, there are more feature phones than smartphones in the Indian market, but at the end of the day, the share of the former is shrinking. The fate of the new 3310 might really depend on how well its distribution is managed in areas that still prefer feature phones – the hinterland, so to speak.

It has struck the right chord in sentimental terms and has the “awwww, how cute” factor going for it. The new 3310 now needs to strike the right one in commercial terms too. And that could be one heck of a challenge in a nation galloping towards 4G and smartphone adoption.

“It is a dumb blonde in a smart world,” one of its critics had remarked rather cruelly, but then, gentlemen have been known to prefer blondes.

Stay tuned for our review.

Was this article helpful?
YesNo
TechPP is supported by our audience. We may earn affiliate commissions from buying links on this site.
Read Next
Poco F3 GT: Made of Mad-deningly Good Design
#First Cut #First Impressions #Nokia 3310