Short, sharp and no words required

Anyone who knows anything about smartphones knows that this world is basically divided into two parts: the ardent Android lovers and the iHeartiPhone people.There have been various debates on many levels to prove which of them is better than the other, on different parameters ranging from specs to price to security. Now, we do not want to go down that dirty lane and get into which one is better, but the debate exists. And it is a bitter one, with not only consumers and fanboys taking potshots at each other but also companies. One of the most popular media for taking a jibe at the opposition has been advertising. Time and again we have seen companies poking fun at each other – sometimes subtly and sometimes not so. Apple has never been shy of such moves. The company has pushed out various ads which have tried show its competition in less than the brightest light. And it has taken that road once again with the “Why Switch” campaign. Is it going to hit the bull’s eye once again or has Apple taken the road much traveled just once too often?

The Campaign: A Tale of Two Windows

The latest ad campaign by Apple for the iPhone is called “Why Switch”. So far there are eight small ads in the campaign that try to tell the users why they should switch from their phones to an iPhone. All the eight ads show different reasons for switching to an iPhone, highlighting eight different features, such as security, smoothness of operation, contacts, music, photos, speed, and privacy. 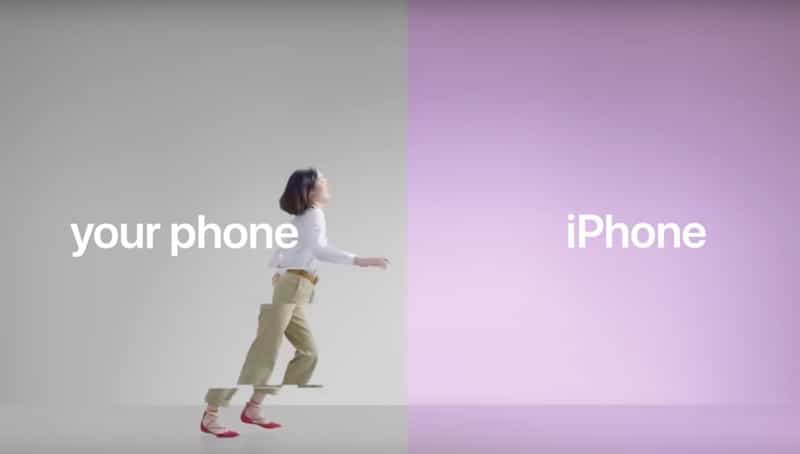 So in the ad where the company talks about smoothness, a girl walking on the non-iPhone side of the window moves slowly with lags and literally in bits and pieces like a picture that is broken up, but the lags disappear the moment she moves on to the iPhone side. Similarly, anyone can peek into a user’s phone on one side, but the moment he moves to the iPhone side, goodbye, eavesdroppers! In another case, a person is running in slow motion on the “normal” phone side but just zips through the iPhone one, so fast that his shoe slips off.

The situation is pretty much the same in the rest of the ads as well, all of which show how the experience on the iPhone is better than on a regular phone. All the ads have similar music that binds them all together – the music is slow in the beginning and gets fast towards the end. 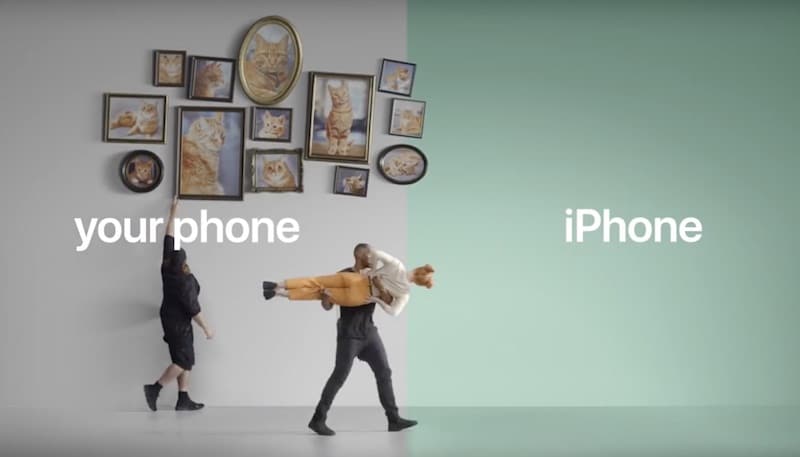 Remember those Mac Vs. PC ads? The ones featuring Justin Long as the Mac and John Hodgman as the PC? We could not help but notice similarities between those ads and the Why Switch campaign. Sure, there are no people arguing about who is better, but the core idea seems pretty much the same – funny, witty and smart.

And just like that campaign, we think this one is totally bang on the money. There is hardly any copy in these ads; there are no dialogues just a bunch of people and their experience in those two different windows. Apple has also used a very faded gray colour in each ad for one side of the screen which represents the ordinary phone while it has used peppy colors on the other side of the screen which represents the iPhone which we think obviously means how fresh, new and vibrant the iPhone is as compared to the dull, same old usual phone.

It is a no-brainer that because it is Apple, the attention to detail is absolutely on point. All the ads obviously have the same split window and the similar tone of music and are exactly 16 seconds long. The beautiful short ads although have no dialogues or any voice over, very smoothly (just like the ad says) puts the message across. In all the ads a line of copy appears which supports the visual but nothing too heavy which we absolutely love. And in best Apple ad series tradition, each ad works standalone as well as a part of a series.

The three S’s that we often talk about while talking about an ad; simple, straightforward and short are basically the key ingredients of this campaign’s recipe. 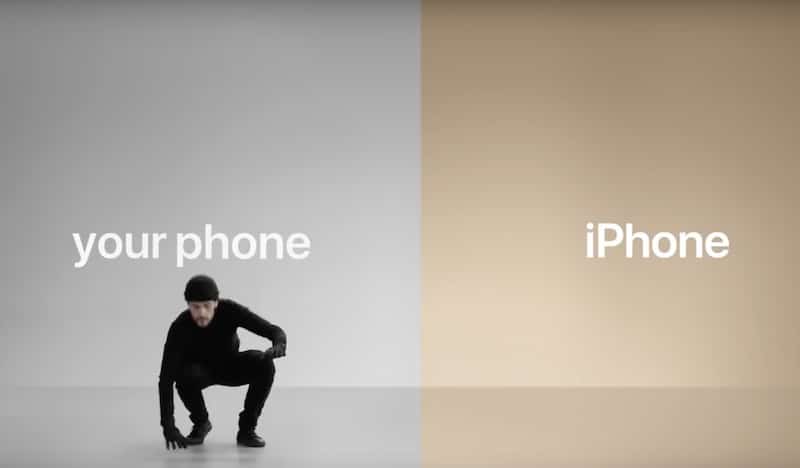 Apple has done it yet again. We think the campaign is an excellent example of how ads do not really have to bomb the viewers with information in order to get their message across. An easy, minimalistic and short ad can do the trick as well, or if we put it, in other words, less can actually be more. “Why Switch” is sharp, witty and definitely pokes fun at the competition, and it does so without literally, saying a word.

Will this campaign make people move from their “ordinary” phones to an iPhone? We do not know. And as we said in the beginning, we do not want to get into the “which phone is better” debate but what we definitely know is that the competition can take few tips from Apple on how to create impactful ads, if not devices.