Apple has finally come up with a Google Home and Amazon Echo killer. In accordance with previous rumors, the Tim Cook led firm indeed unveiled its debut Home speaker at the WWDC 2017. Meet the Apple HomePod. 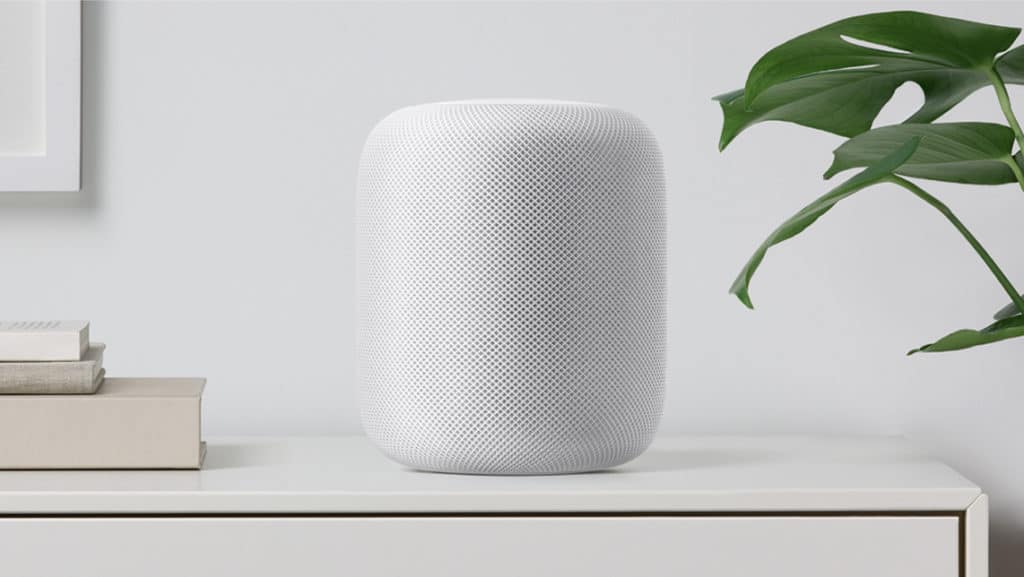 Apple believes that its latest entrant into the smart speaker space has the potential to shake up the market in just the way the company had done with its iPods back in the 2000s. The HomePod is a compact smart speaker that’s capable of doing everything you would possibly expect from a product of its class. Needless to say, it comes with support for Apple’s own virtual assistant Siri.

HomePod comes in a puny cylindrical form factor that’s reminiscent of the Mac Pro. Externally, the Siri-enabled smart speakers would be best described as a Mac Pro with a mesh. It less than 7-inch tall and comes in white and black hues. Internally, the Apple HomePod boasts of a seven-speaker array of tweeters located to the bottom of its cylindrical enclosure. What even more exciting is the fact, that each of the seven speakers has its own driver and uses a beamforming system. Alongside the seven speaker array, the Apple HomePod boasts of a 4 inch upward facing woofer. This woofer features automatic bass equalization and real-time acoustic modeling.

Apple A8 chip lies at the heart of the latest smart home speaker. It is, in fact, the same chip found inside the company’s yester-year iPhones. The A8 chip on the inside gives brains to the HomePod. The speaker can automatically tune the audio depending on the space you are in. In fact, it can automatically detect the dimensions of the room it is placed in and can adjust the sound output accordingly. The HomePod, however, isn’t portable like its counterparts. Instead, it needs to be plugged into a power socket.

To help in voice commands, Apple has incorporated a total of six noise canceling microphone array onto the HomePod. Siri on HomePod is triggered by simply saying “Hey Siri”, which in turn lights up the top LED display of the speaker with a Siri-esque waveform pattern. Just like you would expect from a smart speaker, the Siri-enabled Apple HomePod can perform a large number of tracks. This includes playing tracks from Spotify, Apple Music, asking a question regarding the lyrics or artist behind a particular song and so on.

Besides, the virtual assistant can be used for stuff other than music. It can tender news; read messages; set reminders, alarms, and timers; update information related to weather, traffic nearby and even translate one language to another. Further, the HomePod can control your HomeKit devices.

Apple HomePod comes at $349 (Rs 22,440 approx.) and will start shipping in the US, UK and Australia starting December this year. Although it seems like a nice starting price for a new product line, we must understand that it requires an Apple Music subscription costing at least $120 per year.

Was this article helpful?
YesNo
TechPP is supported by our audience. We may earn affiliate commissions from buying links on this site.
Read Next
Apple Close to Something Greater than the Mac, iPod or iPhone
#apple #HomePod #Siri Speakers #WWDC 2017