Google has us all blown away with the diversified range of products they announced. We need to realise that all of the hardware has been created to do one thing, bring the Google ecosystem closer and Google’s increased involvement in the hardware business. Of course, the Google Assistant is the cornerstone of the Pixel and Google Home devices but the other features like Daydream and Wi-Fi just add to the choices. We are here to talk about the Google Home, priced at $129 the Google home comes with free YouTube Red subscription for 6-months as opposed to the Amazon Echo that retails at a much higher $180. 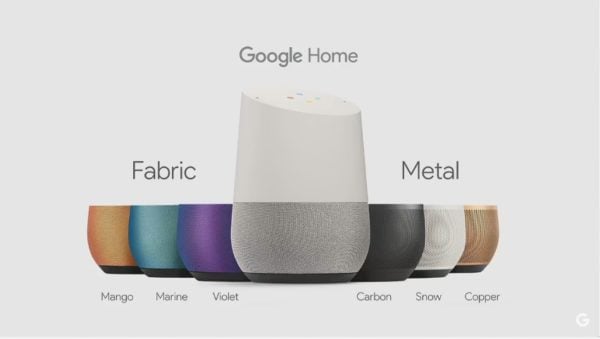 The Google Home was announced earlier this year at Google I/O but the company decided to remain mum on the pricing. Without a shadow of doubt the Google Home will take on the Amazon Echo by the loggerheads and consider that Google has a wider range of devices in its ecosystem might just give it the much-needed edge. Also, the fact that Amazon Echo was literally left unrivalled for this long may have worked in its favour. Coming back, the Google Home will let you enjoy music, get answers from Google, manage everyday tasks and also control the smart devices at home.

Google Home looks like a candle or a piece of artefact that will most probably blend with the other stuff at your home. Also, Google offers a swappable lower bottom so you can choose the one that suits your home décor. The device also doubles up as a full-fledged wireless speaker and lets the users access music from various services including YouTube Music, Spotify, Pandora, Google Play Music, Tunein and iHeartRADIO. Though Google Assistant has been amusing so far, the contextual approach and the way it links up with the Google Knowledge graph are laudable. As one could witness in the demo, by querying “OK Google, Play that Shakira song from Zootopia” the device figured out the title of the song all by itself and played it. So this means that a single unknown in the equation is not a problem for Google Home. 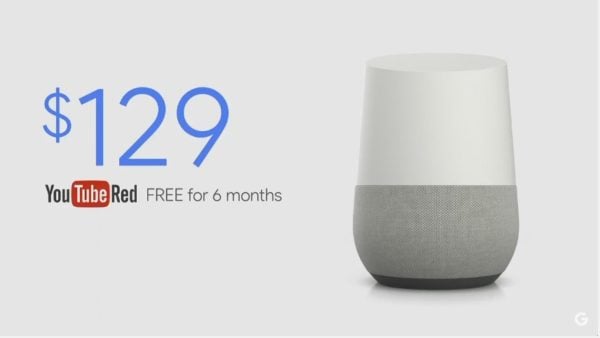 Google Home will also double up as Chromecast Audio speaker and will support nest, Samsung Smarthings, Philips and IFFTT. Another useful feature is that the device hearing you best will respond when you say “Ok Google” so that it won’t result in sheer chaos. Unlike SIRI Google Assistant is heavily contextual and it communicates with the app on your behalf instead of just leading you to the app. Google Home is already up for preorders and will be shipped starting from 4th of November.