If They Say “We Will”: Analysing an Airtel-Tata Tele Merger

If the rumours are true… 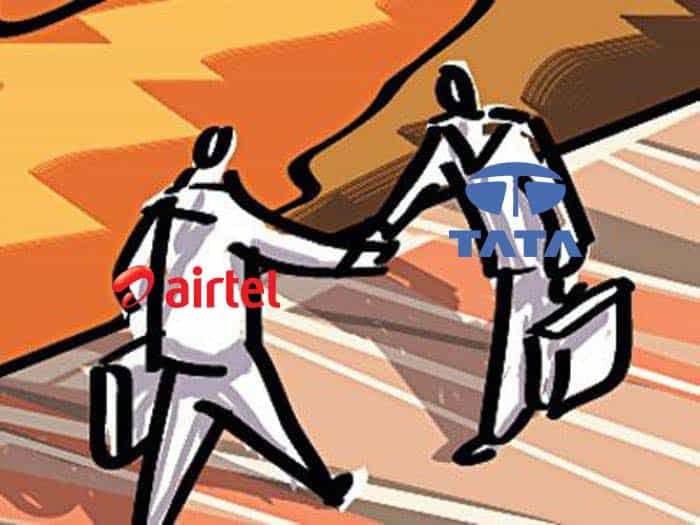 Tata Tele had tried to exit the telecom market earlier as well, and Tata Sons is known to have held talks with Vodafone, but an agreement did not materialize for various reasons. Now the news in the market is that Tata Sons is once again trying to get rid of Tata Tele by merging it with Airtel. Yes, all of this is still rumor and speculation at this point with neither company saying anything meaningful, but I do believe that the move is worth a closer look.

Tata Tele, as a standalone telecom operator, has been pretty weak financially. It has been losing subscribers for quite a few quarters and has been losing money all along. The company’s revenue for the year ended March 2017 was Rs 9,666 crores, a sharp decline from the Rs 10,708 crores it recorded a year ago. Losses have increased from Rs 2,406 crores in the year ended March 2016 to Rs 4,589 crores in the year ended March 2017. Apart from falling revenue and increasing losses, Tata Tele has a net debt of around Rs 28,000 crores, which makes its overall value negative.
It is safe to say that Tata Tele as a standalone entity is not exactly an enticing purchase and the only real value Airtel can gain from acquiring Tata Tele would be its spectrum. It is therefore hardly surprising that the Tata Sons is throwing Tata Sky and Tata Communications in the mix as well. Unlike Tata Tele, Tata Sky and Tata Communications are perceived as much better companies. Tata Communications serves various enterprises in India, and Tata Communications also owns various submarine cables that carry data all across the globe. Tata Sky is a DTH operator that is reputed to be among the leading players in the DTH segment. 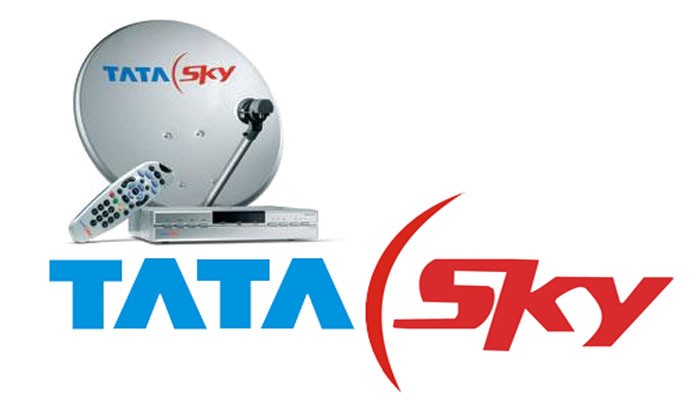 Let us first start with Tata Sky. The company is not publicly listed but according to this post on Television Post, turned in a profit in 2016. But it is not just the profit that matters here. Tata Sky is known to have one of the best subscriber bases in the country owing to its focus on urban areas. Tata Sky also has the highest number of HD and SD channels in the country, thanks in part to a dispute with ISRO which has meant that Tata Sky now has access to 828 MHz of satellite spectrum, while Dish TV (the second largest) hovers at around 648 MHz. Tata Sky is in a far better position than Airtel Digital TV. It has more subscribers, a better quality subscriber and also more spectrum. Being able to acquire Tata Sky would, therefore, be a real plus for Airtel. It would allow Airtel to become the undisputed leader in the DTH segment now that Videocon and Dish are also merging.

A Matter of Spectrum

Parag Kar of Qualcomm has an excellent article detailing the spectrum holdings of Bharti Airtel and Tata Tele, which I recommend reading. 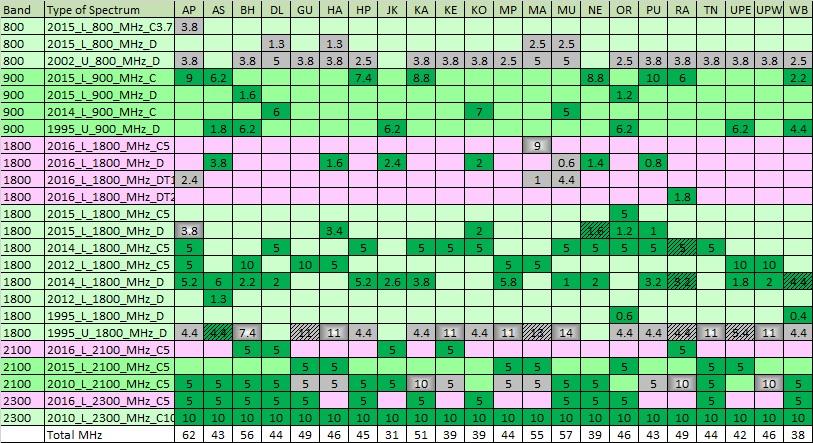 Almost all of Tata’s spectrum is un-liberalised which means Airtel cannot use it to deploy LTE unless and until it agrees to pay the Government a fee and liberalize it. But once liberalized, Tata’s spectrum can be of great use to Airtel for the next five years or so.

Firstly, the 800 MHz band would provide Airtel a great avenue for deploying LTE. In order to prevent paying spectrum usage charges (SUC), Tata had surrendered spectrum exceeding 3.75 MHz in the 800 MHz band, so Airtel can only deploy narrow band LTE if it were to liberalize Tata’s 800 MHz spectrum and deploy it for LTE. But this narrow band LTE as well would have great reach and would play a vital role in helping Airtel deploy VoLTE which requires good coverage and is known to work best on the low spectrum bands.

The 1800 MHz band if liberalized could act as a good bolster for Airtel’s LTE network and the 2100 MHz band could be used to augment the company’s 3G network. All of this depends on whether Airtel decides to liberalize Tata’s spectrum holdings or not and if so, then by how much.

Not confirmed, but watch this space

Nothing is definitive yet. We are still in the rumor stages, and the Tata-Airtel deal could fall apart anytime or go through in a reduced manner. But if the deal does go through, then we could be in for interesting times in Indian telecom.

Has Xiaomi cracked the premium puzzle in India?
Read Next