You have to hand it to Xiaomi, dearies. The company has been told that it teepoes (Indian word for “copy” or as the others say “inspire”) Apple, and whether the products are there or not, the invitations are one hundred percent Apple. I mean, this is so amazing – you send an invite and then leave it to people to figure it out for what they have been invited. Not like Sammy and ElGee, who will try to be mysterious but will let you know what is being launched in the invite itself – I mean if you put a stylus, it has to be Note, no? That way! 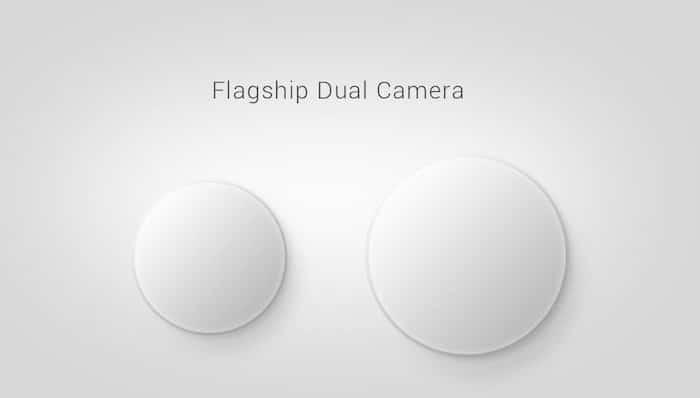 But these Xiaomi fellows? No way. They won’t make it easy. So today we get a Save The Date (my date needs no saving, incidentally, I am trying to get rid of the leech! I rejected him the moment I went on a blind date and found out that the hound could see) with what looks like two plates on it. And I go “aha! Xiaomi is getting into crockery!” (they make cookers, I hear, so dishes on which to serve would be dishy, no?). But then the geeks check in and it seems things are more complex.

One bunch says that the launch will be Android One, as Xiaomi has been rumored to be working on a device. I said “Nonsense, Android One is too old. Google just announced Android 8” but they shushed me. Evidently, the hashtag with the tweet from Xiaomi Vice President Donovan Sung (have you seen him DANCE!?) was #XiaomiGlobalLaunch, which meant that whatever would be announced would be a first in the world types. Now, Android One has not been officially mentioned by Xiaomi so this could be it – after all, India is one of the target markets for Android One. But some people say that Xiaomi will not be launching a dual camera phone for Android One – makes sense, why have two cameras in a phone that has One in its name!

But then, there is another group (these techies have more groups than unemployed rock singers) that are saying that this is actually going to be the launch of the Mi 5X. You know, the phone with a name like the Mi 5, a design and specs like the Mi Max 2 and cameras like the Mi 6. Majorly conflicted, that one. But then it would come in the price range that Xiaomi is most comfortable with – around Rs 15,000. But then, I said, has not that phone been shown off to people already? How is this then a global launch, if the phone is already known? How, how, how!

Which brings me to the third group. This one says that Xiaomi will actually show that phone which has no sides on the side…what do you call it, sounds like Diesel – bezels! So this group is saying that Xiaomi will launch the Mi Mix 2, the phone with no bezels because the first Mix was not launched in India. When I asked if they would launch the bezels later, they just laughed. Such cruelty!

Oh, and there is a fourth group, which says that the company will actually pull a rabbit out of its hat. No, we are not talking of Mi Bunnies. What this bunch of heroes is saying is that the company will launch a totally new device – you know like the Mi 4i was launched a few years ago. So it could be a dual camera Mi 6i, or Mi 6c or Mi 6X.

So much confusion. Why cannot Xiaomi simply tell people what they are launching? I mean this thing has two cameras, clearly. And it is a global launch, but beyond that, your guess is as good as mine.

Miaow then, dearies. I have a mouse to chase. And it is not on a desk!

Disclaimer: Tech Auntyji is totally fictional and her claims are based on hearsay. No offence is intended to any institution or individual.

Was this article helpful?
YesNo
TechPP is supported by our audience. We may earn affiliate commissions from buying links on this site.
Read Next
With Redmi A1, is Xiaomi Resurrecting the Android One Dream, but Without Google?
#rumors #Tech Auntyji #xiaomi