Apple had a dazzling lineup at the launch event that took place in the Steve Jobs Theatre. The company announced Series 3 Watch with cellular, Apple TV 4K, iPhone 8 and iPhone 8s, and the much awaited iPhone X. This year’s launch has been quirky between new features and hardware. Apple has finally caught up with the industry on several fronts, the 4K on the Apple TV 4K, edge-to-edge display on the iPhone X and the last one is the wireless charging mat called the AirPower. 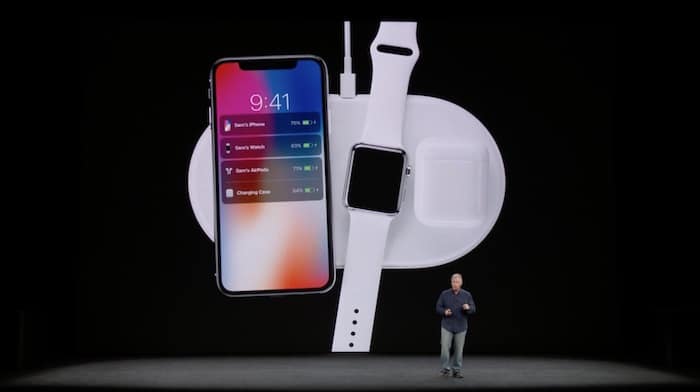 The new AirPower mat can be used to charge the iPhone 8, iPhone 8s, Watch Series 3 and the iPhone X. It supports Qi wireless charging which is the same protocol that Samsung has been using for its devices. That being said the AirPower mat is not yet available and Apple is still working on the same. The best part, however, is that the mat offers fast charging and can charge all the three devices simultaneously. However, the AirPower charger will only be available starting next year and is expected to become a travelers delight as they no more have to carry multiple chargers for the Apple devices.

That apart, you can still use the wireless charging feature on the iPhone with all the Qi-certified products which include those from Belkin and Mophie. Additional information is available on the Qi website and this also includes the Qi compliant devices. Qi (pronounced as chi) in Chinese means natural energy and is an interface standard that was developed by the Power Consortium for inductive charging. In all likelihood, the AirPower mat will retail at a price that is much higher than the other Qi-based wireless chargers that are currently available.

Was this article helpful?
YesNo
TechPP is supported by our audience. We may earn affiliate commissions from buying links on this site.
Read Next
All the Ways to Convert Images on iPhone and iPad
#apple #Apple AirPower