Apple’s bezel-less device had been doing rounds since last year or so. Apple has finally put an end to the rumor mills and has announced the iPhone X (pronounced iPhone 10, not Ex!) The iPhone X comes with a sharp change in the design philosophy and looks like no other iPhones in the past. The bezel-less display along with the surgical grade stainless along the periphery add a sleek look to the iPhone X and also reinforces the water resistance. And before we move on, yes, the iPhone X is in line with the leaks that surfaced earlier. 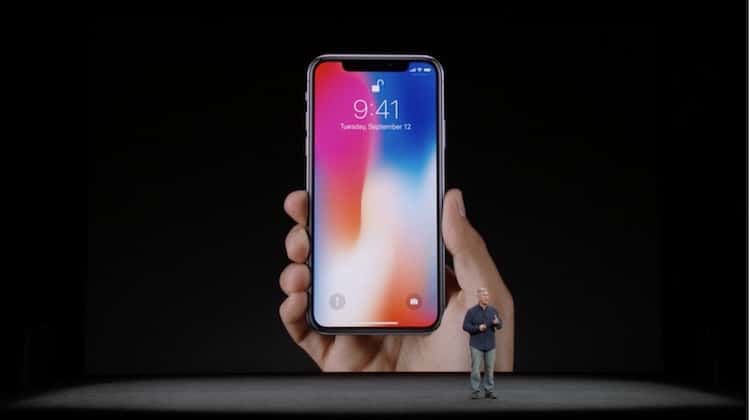 The edge to edge display comes with an island at the top to accommodate the front-facing camera unit and the proximity sensors. Both the sides of the iPhone X come wrapped in surgical grade stainless and apparently it has the highest pixel-density that was ever offered by an iPhone. Apple iPhone X is fitted with a 5.8-inch OLED display set at a resolution of 2436 x 1125. The display supports HDR 10 and Dolby Vision along with 3D Touch. Under the hood, the device is powered by the six cores (two performance+four high efficiency) Apple A11 Bionic chip with neural engine support. 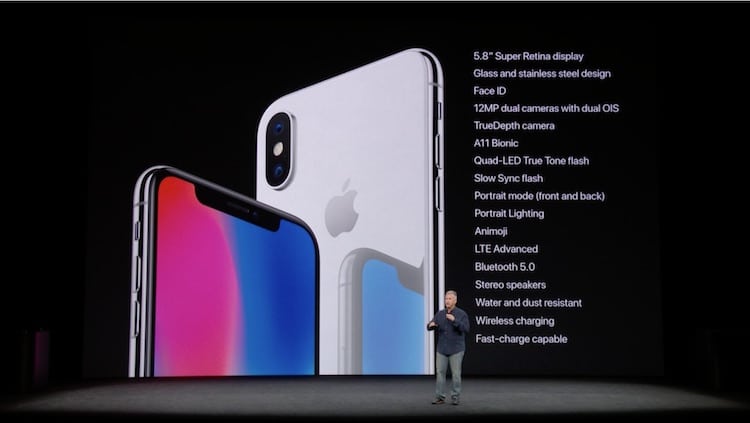 The most important design aspect apart from the edge-to-edge display is the absence of home button. Apple has ditched the home button and has allowed the users just to tap and wake the phone. The home screen can be accessed by swiping up from the bottom, and the iPhone X also supports other gestures for multitasking. In the meanwhile, the Control Centre can be fetched by pulling swiping down the screen from the top.

The camera on the iPhone X is a 12-Megapixel Dual camera setup (identical to the one on iPhone 8s) along with dual OIS. The primary camera is accompanied with a Quad-LED TrueTone flash. This time around it seems like Apple has finally caved into the selfie craze and thus has included a portrait mode and portrait lighting for the front camera. 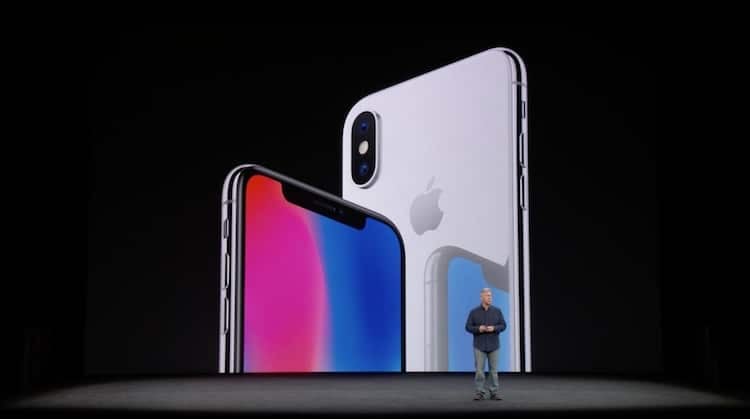 In order to make up for the absence of the home button and the TouchID, Apple has introduced facial recognition. Called the FaceID the facial recognition will let users unlock the phone with a simple glance. The truedepth camera on the front help the iPhone X offer a great accuracy when it comes to FaceID. The iPhone X is powered by the new A11 Bionic neural engine which comes with a set of machine learning algorithms.

FaceID deserves a special mention since it is for the first time that Apple is relying completely on facial recognition to unlock the iPhone. The island of sensors on the top of the screen in the iPhone X includes an exhaustive list of hardware like IR camera, flood illuminator, proximity sensor, ambient light sensor, speaker, mic, front camera and a dot projector.

Apple has also increased the battery life, and the new iPhone X is rated to last for 2 hours more than the iPhone 7. Like the other two iPhones launched today, the iPhone X also supports the Qi Charging and along with this Apple has announced a new charging bed called the AirPower(supports iPhone, Series 3 Watch and AirPods.) The iPhone X will retail in 64GB and 256GB storage variants with prices starting from $999. Pre-orders start October 27 and will go on sale starting November 3, 2017.

Was this article helpful?
YesNo
TechPP is supported by our audience. We may earn affiliate commissions from buying links on this site.
Read Next
Alert! You’re Hiding Sensitive Information From Your Images on iPhone W...
#apple #Apple iPhone X #iPhone X