Augmented Reality is now at the front and center of Apple’s mobile software efforts. With iOS 11, the company added a dedicated API called ARKit, allowing developers to build AR-enabled applications as well as games effortlessly. While the selection of such titles is still relatively limited on the App Store, there are still a bunch of competent titles worth your time. Hence, here we discuss the best of them. 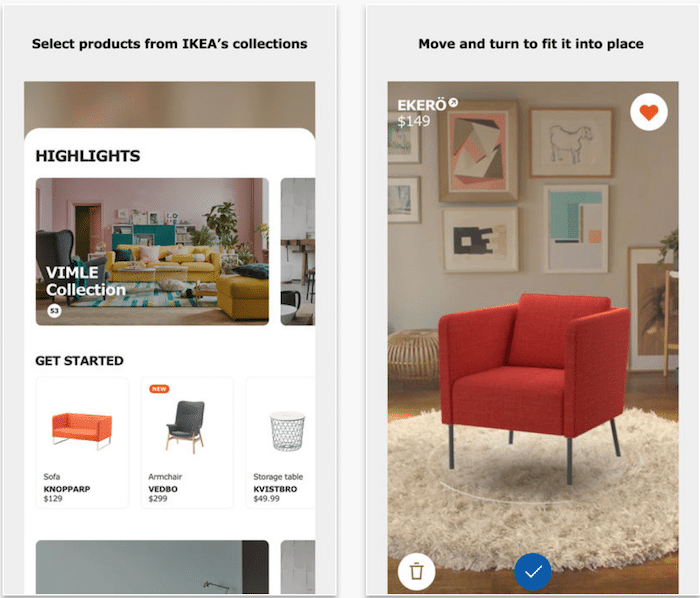 IKEA’s new app — IKEA Place, lets you superimpose furniture in your home before actually purchasing the item. The ARKit-powered app, additionally, scans the floor to precisely evaluate which products will fit. It’s free, and you can download it from the link below. One of the best implementations of AR from a tier-1 company. 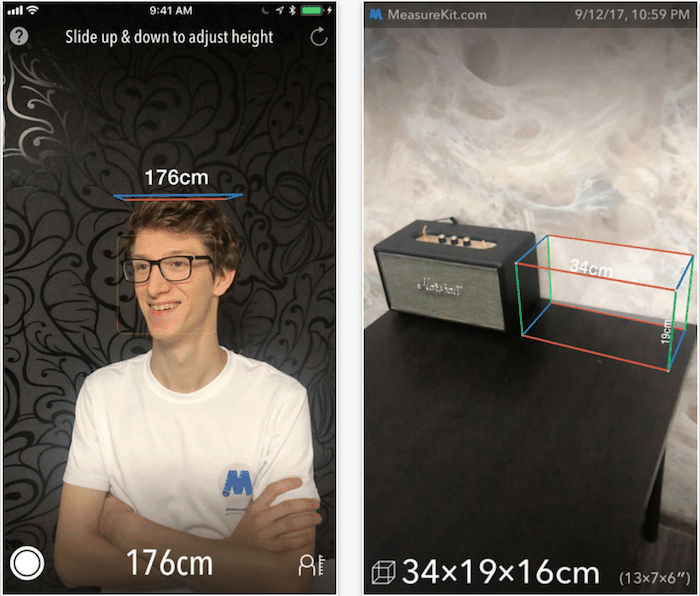 Next up, AR MeasureKit, a free iOS app that will curtail the need for physical tools like rulers from your life. As you’d guess from the title, the free app allows you to measure distances by employing your iPhone’s or iPad’s camera. In addition to fundamental features like a ruler, the app is also capable of evaluating corners, distance from your device, height, cubes and more. 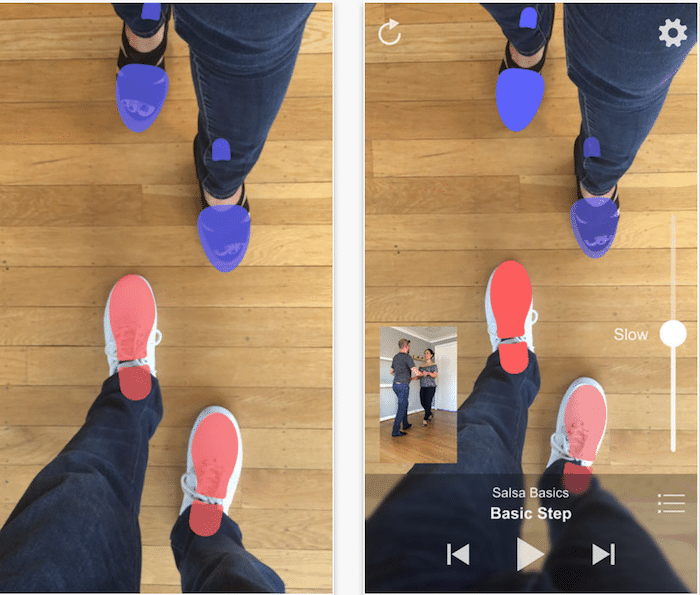 Dance Reality is a nifty little app that lets you practice common dance patterns by placing digital footprints onto the floor in front of you. Of course, it cannot a replace a professional instructor but can certainly help you “practice steps and rhythm anywhere, anytime.” 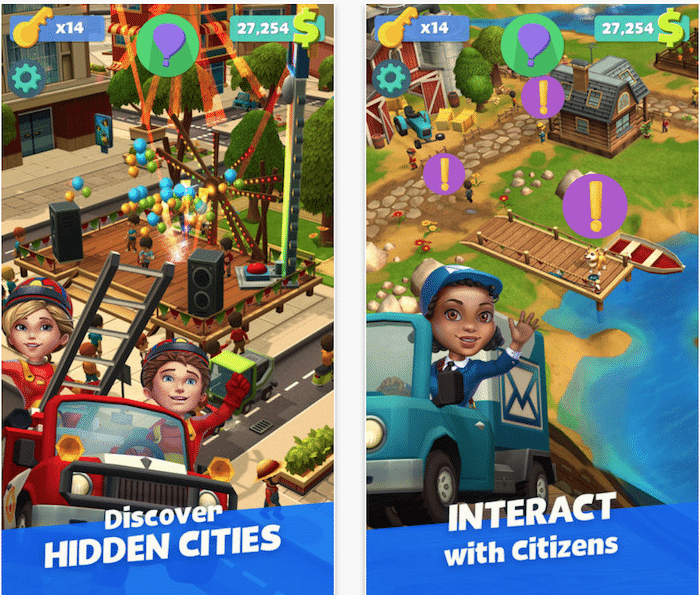 My Country is a city builder game that employs Augmented Reality for dynamically updating the location based on where you are at the moment. It comes with the usual features you expect from such platform including interacting with other citizens, develop buildings, throw a party and more. 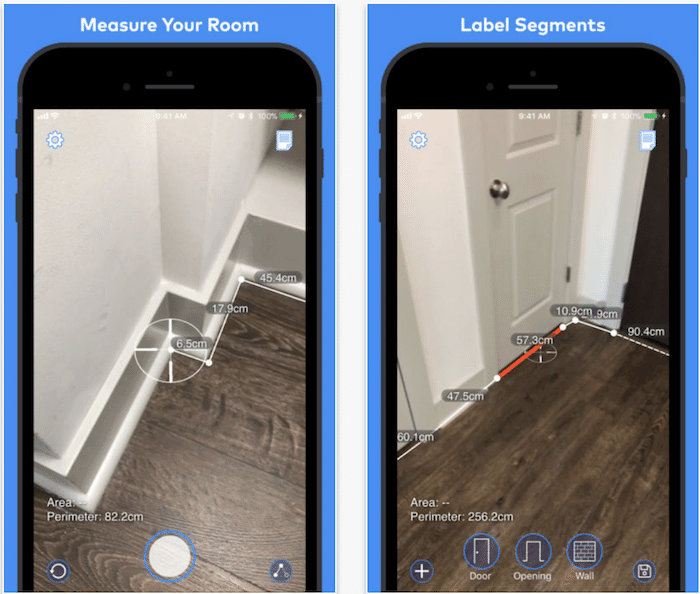 Planar makes use of AR to fabricate floor plans for a particular space by capturing its various dimensions. In addition to that, you can merge multiple rooms for producing your entire’s home blueprint. It’s free and can be downloaded from the link below. 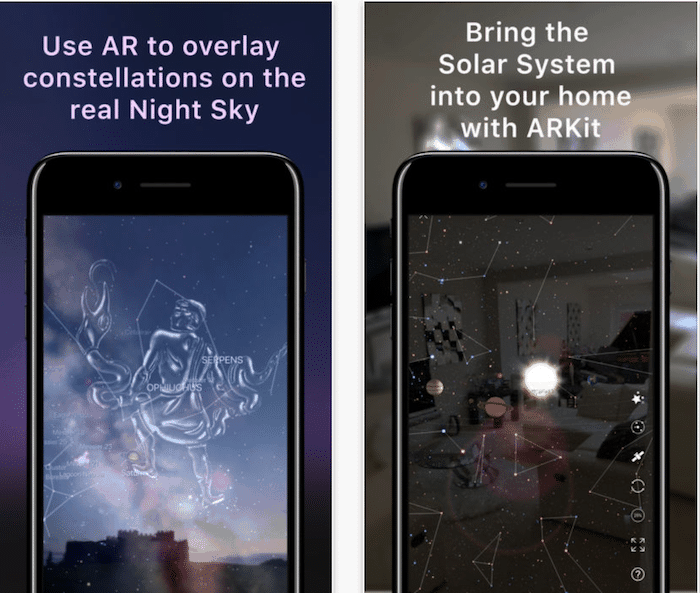 Popular Astronomy app Night Sky added support for ARKit as well for visualizing stars, planets, constellations, and satellites in the real world. It packs an exhaustive catalog of items such as the ongoing space missions in our Solar System. 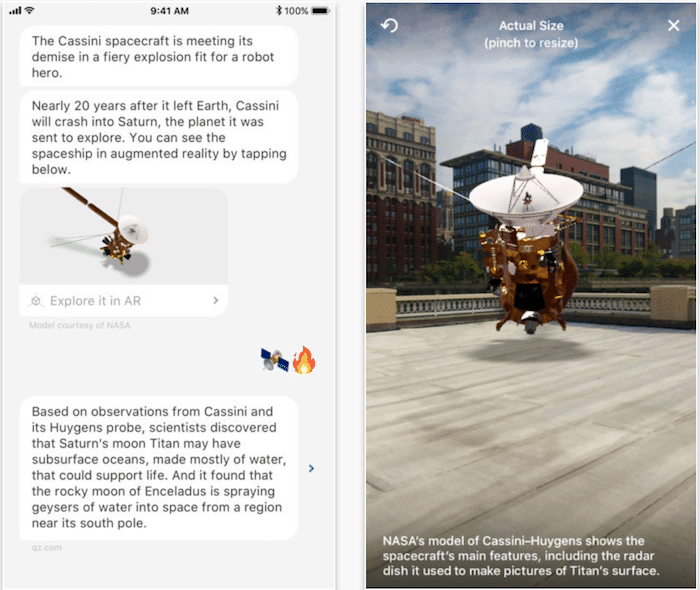 The news outlet, Quartz, updated its iOS application to bring new ARKit features recently. The app can now project objects mentioned in articles like a satellite in the world around you and lets you explore them by tapping its different sections. 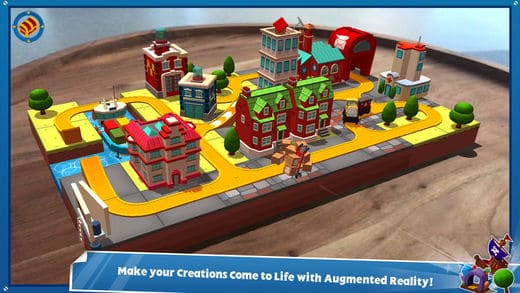 Your toddler is going to love this. With iOS 11, you can superimpose a train set from the cartoon — Thomas and Friends — on a coffee table. Moreover, you can modify the components and create your custom layout. It’s free as well and available from the link down below. 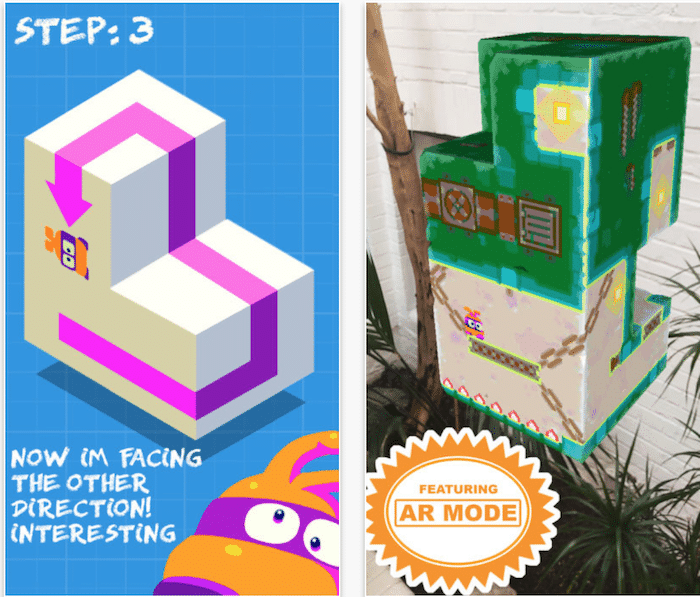 Flat Pack is 3D puzzle game which, thanks to ARKit, now allows you maneuver around levels in a real-world environment. 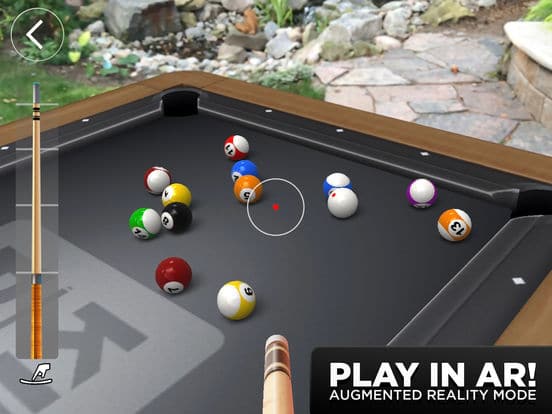 Don’t have time for playing Pool in an arcade? No problem, ARKit support on the “Kings of Pool” iOS game now enables you to project a Pool table in your living room. 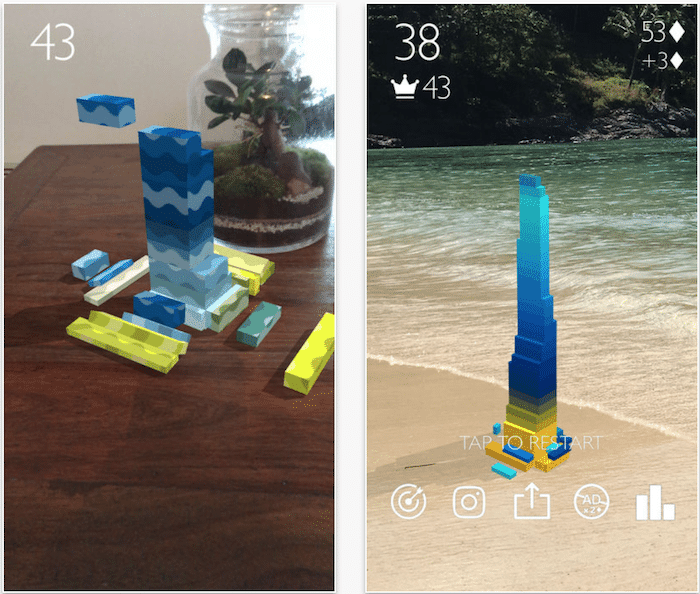 As the name suggests, this ARKit game lets you stack up blocks as high as possible on a physical surface. You can also switch to the digital version whenever you want if your phone is struggling with battery life.

This game probably doesn’t need any introduction. “Egg, Inc.” is a comprehensive farm simulator, and the developers have added an AR mode that essentially brings the simulation to real life. 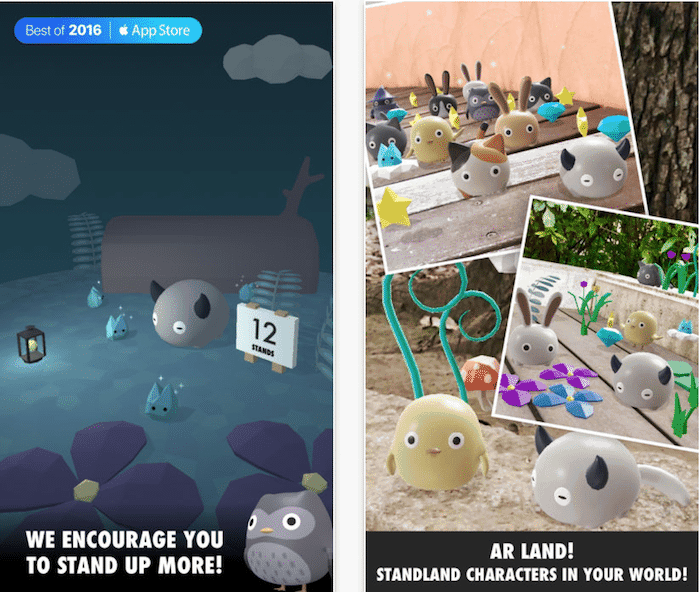 Standland is both an activity tracker and a pet collecting game. As a player, you basically have to pet adorable creatures whose characteristics will depend on how active. With ARKit, you can also interact with these characters in the real world. 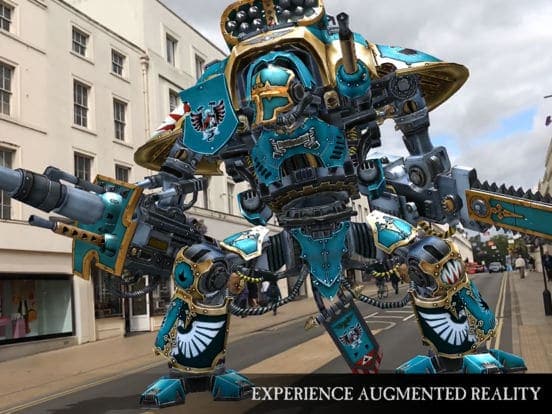 Next up, an action game called “Warhammer 40,000: Freeblade” that will truly make you a fan of ARKit. The premise of the app involves you battling hefty war machines. The new AR mode, however, takes this a step further by letting you do all that stuff on a coffee table. Compared to others, however, this will dramatically affect your phone’s battery. It’s free, and you can download it from the link below. 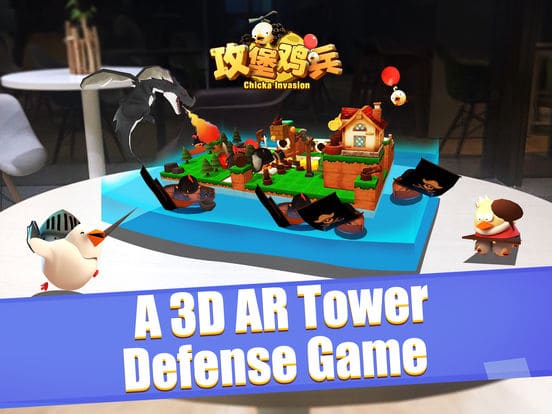 This is a tower defense game that you can play in real life with the use of ARKit. The app also lets you build your own scene which you need to protect from the invasion of enemies (evil chickens). 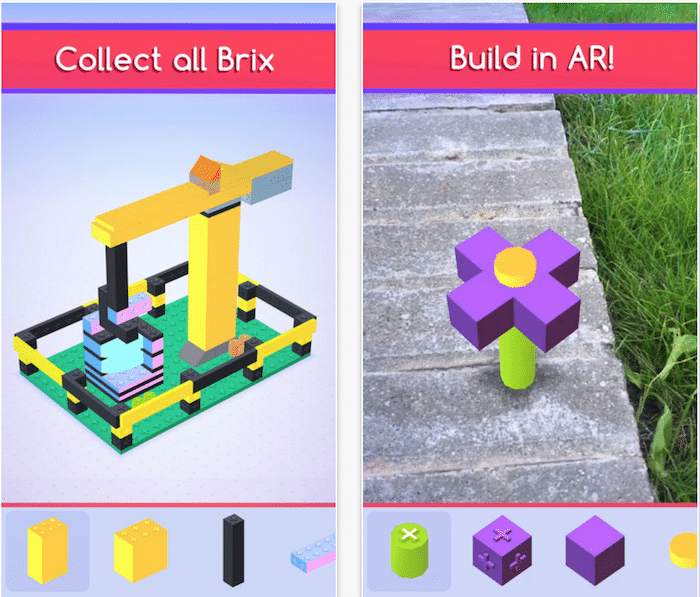 BrixAR is designed for children who can’t live without lego blocks. The app allows you to assemble bricks in the real world and even these creations across all your iOS devices. 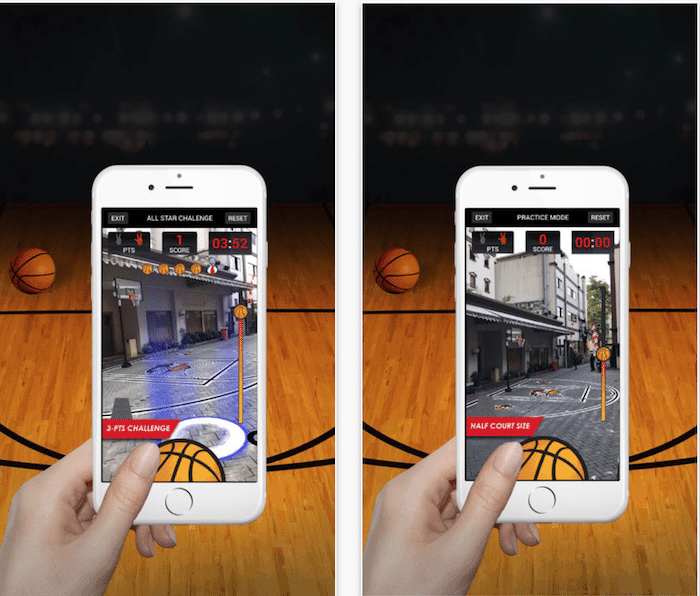 BigBallAR is yet another ARKit-based game which lets you shoot virtual hoops in the space around you. The app also comes with a ton of challenges you can enroll in. Unfortunately, there’s no multiplayer mode as of now. 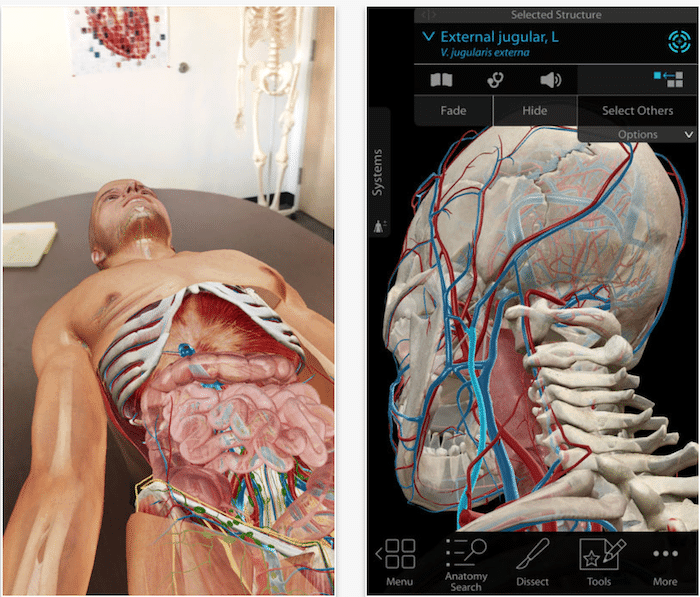 As the name suggests, this ARKit app offers the ability to explore the human body. The app features a detailed set of information including data about each and every muscle, nerve, and body part. It, however, costs $0.99 which I think is not a lot considering you’re a medical student or teacher. 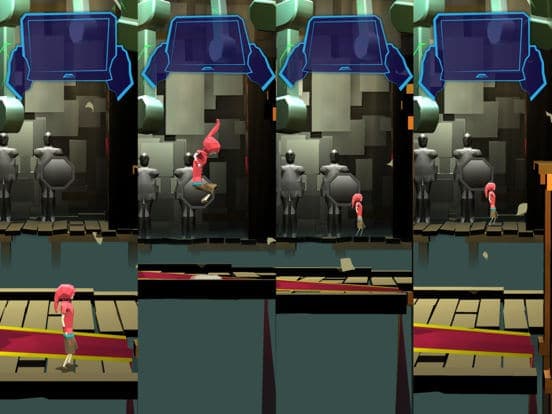 “Kidu: A Relentless Quest” is an adventure game that lets you explore 4 different worlds and 14 levels through Augmented Reality. In addition to that, it utilizes the accelerometer so that you can jump, move and roll with just gestures eliminating the need for touching the screen. The app costs $1.99 and is available from the link down below. 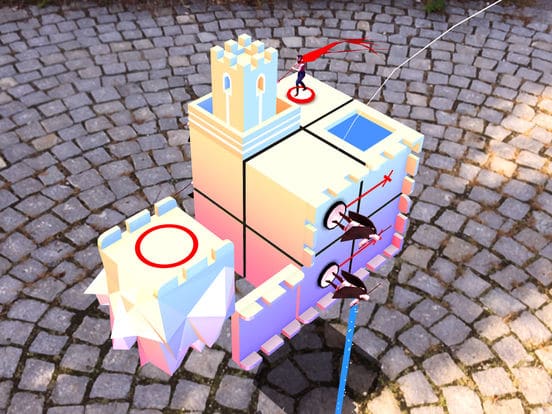 Euclidean Lands is another paid puzzle game “that blends isometric architecture and turn-based movement into an exciting medieval game world.” With the new AR mode, you can superimpose the levels in a physical space and look around for a better perspective.