It might have been preceded by the iPhone 8 and 8 Plus, but the iPhone X has been the most discussed iPhone of them all this year. And in best iPhone tradition, it has attracted controversy, praise, and criticism in equal measure. What cannot, however, be denied is that this is the most radical Apple has got with the Godphone. These are our first impressions of the device. 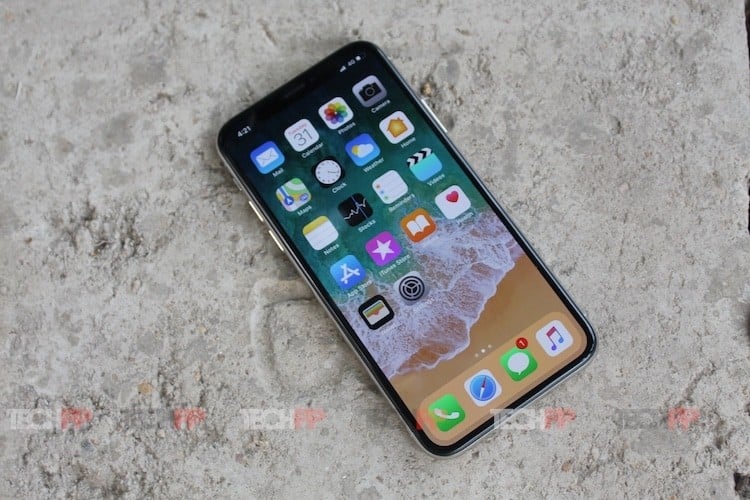 The first thing that is going to hit you about the iPhone X is just how compact it is. It sports the largest display we have seen on an iPhone at 5.8 inches, but is much – MUCH – smaller than the 5.5-inch display toting iPhone 8 Plus. It is 143.6 mm long as compared to the rather large 158.4 mm of the 8 Plus and its 70.9 mm width is again much lesser than the 78.1 mm of the iPhone 8 Plus. Yes, it is slightly thicker than the 8 Plus – but 7.7 mm against 7.5 mm is barely noticeable. But then the 8 Plus is hardly a role model for compactness. A more worthy comparison is with the other high profile 5.8-inch display toting device out there – the Samsung Galaxy S8. That worthy is much longer than the X at 148.9 mm, but is less wide at 68.1 mm, although it is slightly thicker at 8 mm. The thing about the X as compared to the S8, however, is that it seems better proportioned – the S8 seemed tall, the X does not seem to be overburdened in any proportion. No, it is not as compact as the iPhone 8, which remains the champ in that department (having a much smaller display helps), but it certainly is very compact.

Heck, it feels and looks premium 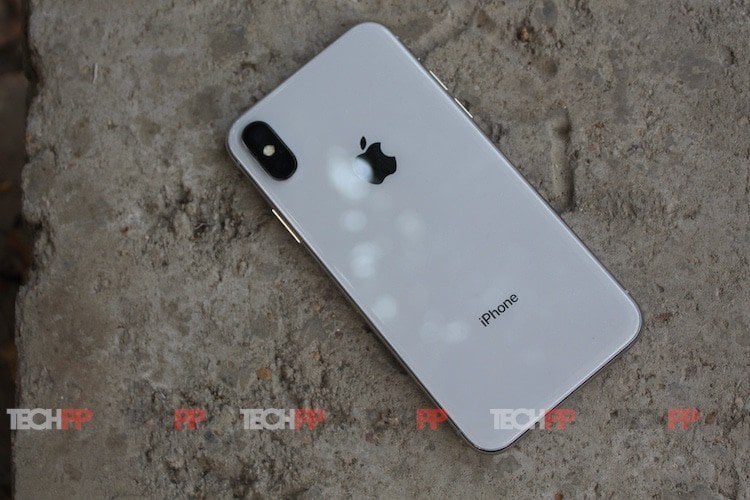 It has got glass in front and back, a special stainless steel alloy all along the sides, shiny metallic buttons and a dual camera unit that juts out slightly from that glassy rear. Yes, the back will pick up smudges, we suspect, but the iPhone X is very classy to look at with its curved edges and slightly convex curved sides. We could repeat the official spiel about the quality of materials but suffice to say that this is one of the rare occasions when the hype actually seems based on some substance. The iPhone X is a joy to hold really and not as slippery as we had feared it might be. It feels very different from the 8 and 8 Plus and looks very different from them as well. Frankly, it cannot be mistaken for any other phone, thanks to its design language, and ah…the next point.

Heck, we can see the notch…and ahem, bezels too 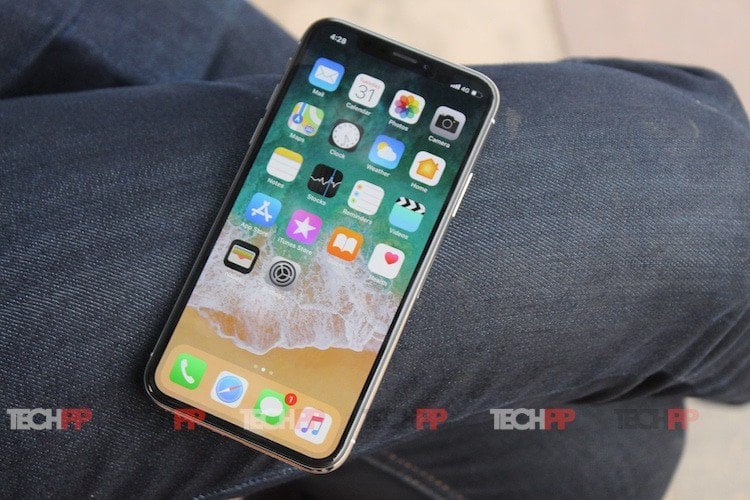 The star of the show is the 5.8-inch display which is also the phone’s most distinguishing point. Because it is Apple’s first attempt at an edge to edge display. It is also the highest resolution display we have seen on an iPhone – 2436 x 1125 pixels resolution with a pixel density of 458 PPI. It is also the first time an iPhone has had an OLED display, although I must confess that personally speaking, I did not see it being too different from the one on the iPhone 8 in terms of colors. Maybe time will convince it to reveal its nuances. And ah well, mainly because of THAT notch right at the top which houses front-facing cameras and a stack of sensors. Is the notch an eyesore? We do not think so. Not yet anyway – or at least as long as it plays nice with the apps. What we found slightly disappointing however was that in spite of constant repetition of the edge to edge display line, the iPhone X has rather clearly marked bezels. They are on the sides and right around the phone. Do they look bad? No. But they exist, which makes the device look less all-screeny as compared to the Samsung Galaxy S8 and Note 8 and the Mi Mix 2.

At 174 grams, the X is not exactly featherweight, although it is lighter than the 202 gram iPhone 8 Plus. A more realistic comparison is with the Samsung Galaxy S8, which in spite of being taller, tips the scales at 155 grams. But then Apple has never really fought on the weight stakes. We found it reassuringly solid.

Heck, Face ID is easy to set up and works fast (mostly)!

Using your face to unlock the iPhone X has been almost as much discussed as that notch on top of the display. Well, it is incredibly easy to set up – you just have to rotate your head twice in front of the phone for it to detect and record your face. And so far, it works incredibly well. Mind you, there have been times when it does not work too, but the second effort inevitably gets things right. We are not believers in it yet, but this thing certainly does work. And works very fast. Apple tells us that it will not work when we close our eyes – the sensors look out for attention, and can even work if you are wearing spectacles. We are so going to be trying all that out.

Heck, no home button, and gestures! 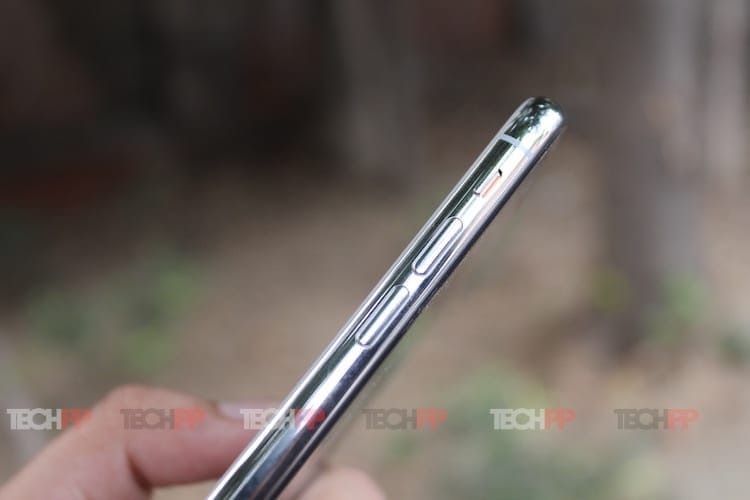 There are two ways to greet Apple’s decision to bid goodbye to the home button. There will be those who will say that it finally means the iPhone can be smaller, and then…there will be those who will struggle to get used to the next gesture-based interface. There are certain nuances – so for instance, to get to the home screen, you need to swipe up right from the base of the phone. Swiping up from near the base will not do. You have to swipe up from the base itself. That said, we think we will get used to them, although seeing the Control Centre drop down from the top right next to the notch rather than from the base is a bit of a surprise. This is the first iPhone to come with a learning curve.

The design and display apart, perhaps the biggest improvement in the device in hardware terms are the cameras. And we would actually say the front cameras especially because well, now there are two, and that means, hooray, portrait mode and portrait lighting for selfies as well. Yes, the main purpose of the second camera is to map your face and collect data for the sensor, but who are we to complain about the joys of bokeh-ed selfie portraits

Heck, NOW there are Animojis

Autocorrect got our attitude spot on when it converted Animojis to “animosity” when we first typed it out, but there’s no denying that those wonderfully animated emojis that replicate your facial expressions and utter whatever you say are the iPhone X’s best party trick. You may find them “awww….” or awful, but they do put a spin on that front camera and personalize emojis as no one has yet.

Heck, a lot of the core is largely the same 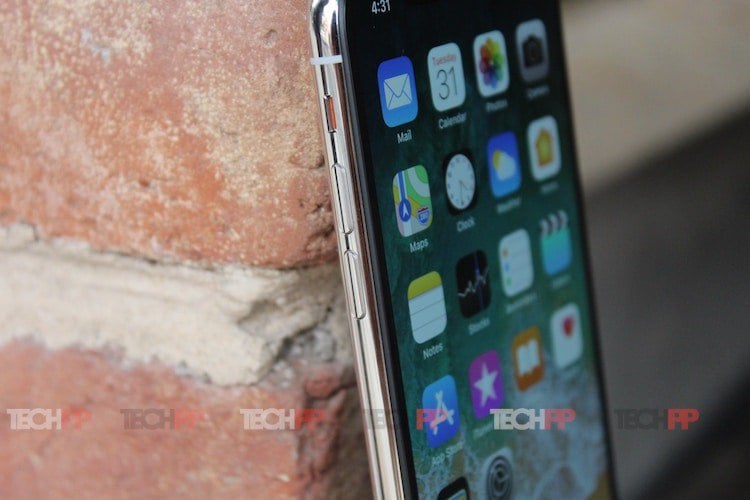 If you are looking for a massive hardware leap in the iPhone X, well, you might be a trifle disappointed – it has the same A11 Bionic chip, the neural engine, and the M11 motion coprocessor, that you would find on the 8 and 8 Plus. Yes, the display is much higher resolution, and while the rear cameras stay at 12.0-megapixel, they both have optical image stabilization, and the telephoto sensor has a larger aperture (2.4 as compared to 2.8 on the 8 Plus). There are stereo speakers, wireless charging and water and dust resistance are in the package too, as is the galling absence to some of the 3.5 mm audio jack. A lot of the same, we would say. Not that that is a bad thing because hey, the 8 and 8 Plus are very good phones, we think.

There has been a lot of hemming and hawing (and aaarghing) about the Rs 89,000 price tag at which the iPhone X starts. Yes, it is expensive. But that said, it is also the most radical change we have seen in the iPhone since the 6 and 6 Plus when Apple decided to go slightly bigger screen. From our first impressions, the big changes are the design, the display, the use of gestures in the UI and of course, the benefits brought in by those sensors right in front in that infamous notch, which brings Face ID, animojis, selfie portraits and we are sure a lot more. What else does one get for the extra bucks? Well, those improved rear cameras. But is this enough for a lot of dollars? We will find out in our detailed review. What we can say is that the iPhone X has got its task cut out justifying its price tag. That said, it has got off to a good start. This iPhone is a notch above its predecessors. Like, literally.

Was this article helpful?
YesNo
TechPP is supported by our audience. We may earn affiliate commissions from buying links on this site.
Read Next
Poco F3 GT: Made of Mad-deningly Good Design
#First Cut #First Impressions #hands on #iPhone 10 #iPhone X