After trailing by a few percents in the previous quarters, Xiaomi has now finally caught up to Samsung according to IDC’s Q3 report. The China-based juggernaut tied its share in the second largest smartphone battleground with long-time leader Samsung. India’s smartphone market itself sustained a record-breaking growth of 39 million units in Q3, 40 percent higher than Q2 and 21 percent than the same period last year. 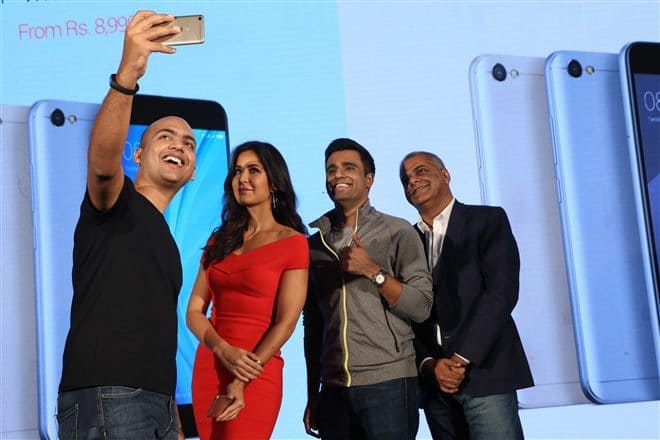 Seething with a plethora of pre-festive season sales, the third quarter of this year also marked the first time India has accounted for ten percent of the global smartphone shipments. Among these, e-commerce websites like Flipkart and Amazon were responsible for roughly thirteen million of the total sales which is a staggering 73 percent uptick than the previous quarter.

Samsung and Xiaomi each had an equal share of 23.5 in Q3 despite it being a record quarter for the former. The Korean smartphone giant registered a 39 percent quarter-on-quarter rise. Xiaomi, on the other hand, tripled its shipments year-on-year. Analysts suggest the key factor in Xiaomi’s exponential growth is its expansion to offline channels across the country. The Chinese smartphone vendor has been consistently bringing in phones in disparate price brackets for serving every customer there is. Xiaomi even launched a selfie-focused product — Redmi Y1 — which most probably was to tackle the similar likes of Oppo and Vivo.

Interestingly, Lenovo (including Motorola) pulled back their lead and now stand at the third spot as their sales soared by 83 percent in Q3. The company recently launched Moto X4 as well which is expected to fill the sub-Rs 20,000 price bracket. Lastly, Vivo has been pushed to the fourth and Oppo at the fifth position. Oppo too had its biggest quarter as it increased sales by 40 percent quarter-on-quarter and 81 percent from same period last year.

The report further mentions the aggressive offers and sales by e-retailers led to a disappointing festive period for offline channels. Commenting further on the situation, Navkendar Singh, Associate Research Director, Client Devices, IDC India, stated “eTailers will continue to be a big driving force for smartphone growth in India, although vendors’ offline focus will continue to keep retail as the dominant channel in India. It will be interesting to see how exclusive partnerships between telcos and vendors, own smartphones brand launches by e-Tailers and availability of dual cameras, bezel-less screens at more affordable price points, shape up in the coming quarters.”

Was this article helpful?
YesNo
TechPP is supported by our audience. We may earn affiliate commissions from buying links on this site.
Read Next
Samsung Galaxy Unpacked 2023: Galaxy S23 Ultra with 200MP, Galaxy Book 3 with...
#IDC #india #report #Sales #samsung #smartphones #xiaomi