With FCC Chairman Ajit Pai having made it clear that he plans on repealing the Title 2 classification of ISPs coming December, there seems to a lot of outrage on Twitter. The outrage surrounds the removal of Title 2 classification and the subsequent possibility of ISPs in America throttling, blocking or prioritizing content on the Internet. Amongst all this outrage, a few people have suggested how TRAI has been better than FCC in protecting Net Neutrality. 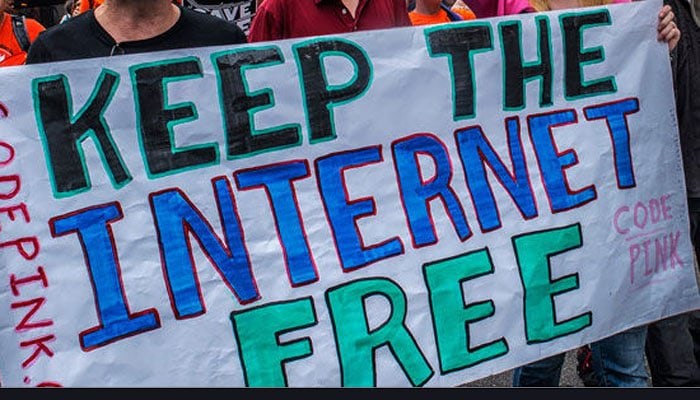 The whole Net Neutrality movement in India started with Airtel planning to charge for VOIP calls since WhatsApp had introduced the calling option in its app. Airtel feared that WhatsApp might cannibalize its voice revenues. As I type this, it is ironical that whatever cannibalization WhatsApp could have done to Airtel’s voice revenues has already been done by Jio.

The Net Neutrality fight that was triggered by Airtel’s proposal to charge for VOIP calls further intensified with Facebook’s internet.org initiative that was later on rebranded to Free Basics with a few amendments. The battle with Facebook was a prolonged one and saw activists battling it out with Facebook to ensure that Free Basics was banned in India. During the tussle between Net Neutrality activists and Facebook, TRAI had released a consultation paper on “Differential pricing for data services,” and the paper received a lot of attention from people all over the world. Eventually, in a notice released on February 2016 titled “Prohibition of discriminatory tariffs for data services regulations, 2016,” TRAI had ruled that no telecom operator should be allowed to enter into negotiations with anyone and provide data from a particular website or app at a reduced price/no price.

Some people would argue that the February 2016 ruling of TRAI at least dealt with the zero rating/differential pricing aspect of Net Neutrality. While that is true, but I firmly believe that there is a wide difference between how TRAI interprets its ruling and how the general public infers it.

Below is the main part of TRAI’s 2016 ruling on “Prohibition of discriminatory tariffs for data services regulations, 2016.” 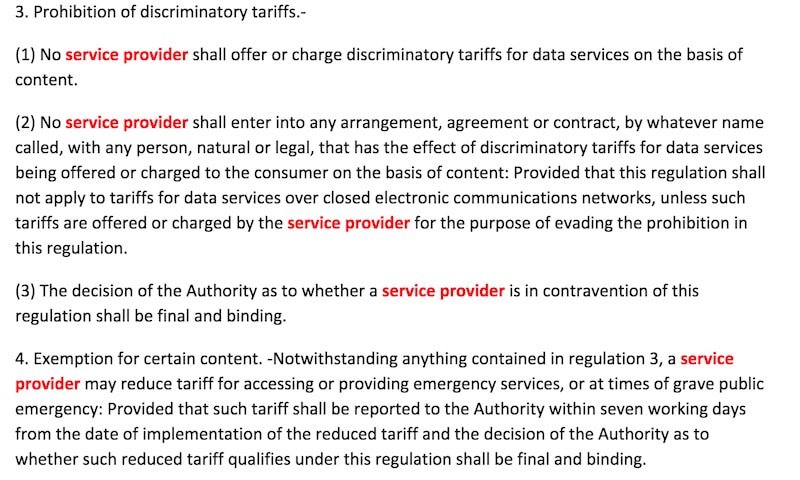 TRAI actually has no issues with zero rating websites

In its consultation paper on free data, TRAI has recommended the existence of aggregators that are TSP agnostic and zero rate websites for free access. These were the relevant recommendations: 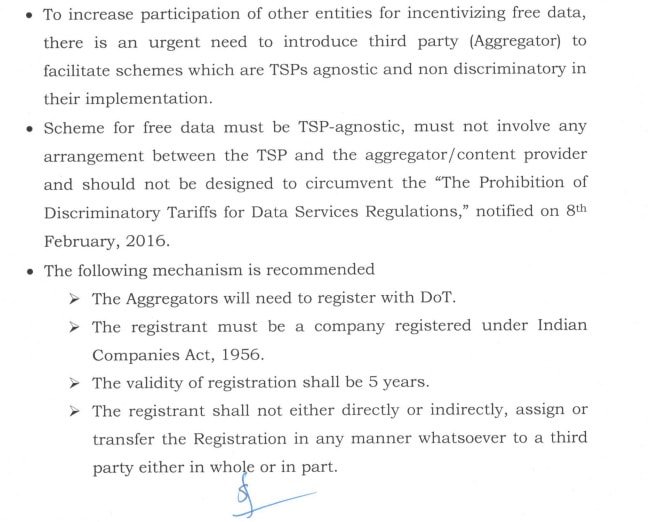 As can be seen, TRAI has openly batted for zero-rating websites as long as it is done through an aggregator which is TSP agnostic, meaning which can be accessed by subscribers of all TSPs and makes it mandatory that there should be no arrangement between the telco and content provider.

Some would argue that TRAI’s recommendation on setting up an aggregator indicates that the aggregator is set up in such a manner that the smaller websites are not at a disadvantage compared to bigger ones but that does not seem to be TRAI’s agenda. This was made clear in an interview with TRAI chairman R.S.Sharma that was conducted by Factor Daily where he says that TRAI is fine with a system where Facebook (or anyone else) picks up the tab for every operator instead of teaming up with just one or two operators. Theoretically, any service or website can pick up the cost associated with accessing that particular website/service until the time it’s the case across all telecom/broadband operators. When asked if it doesn’t violate Net Neutrality as anyone with more money will be able to afford such an arrangement, Mr Sharma clearly answers that it’s not his problem:

That’s your problem. That’s not an interface of network and content. Today, Flipkart sells products at a 30% discount, which a new website can’t afford. This is business stuff, not net neutrality stuff. R.S.Sharma

According to TRAI, the differential data pricing ruling is supposed to ensure that being a subscriber to a particular telecom operator should not impede someone’s ability to access a certain website or app. Which is where the Net Neutrality aspect remains fine, but TRAI also has no problem with a certain app or website zero rating itself as long as the zero rating is done via an aggregator that is TSP agnostic. Now, most Net Neutrality activists want zero rating to be banned in all forms so that smaller websites are not at a disadvantage, but TRAI simply does not seem to be as concerned about that aspect as was evident by R.S Sharma’s comment above.

It is clear now that TRAI’s intent behind publishing the differential data pricing ruling was to ensure a level playing field amongst telecom operators and not necessarily websites and apps which Net Neutrality activists are concerned about.

The Net Neutrality recommendations released by TRAI on 28 November 2017 do not plug the aggregator loophole of the Free Data recommendations paper. TRAI, in its recommendations, has suggested that no Internet Access Service should in any way discriminate against the data flowing through the Service either by means of throttling, blocking or paid prioritization. 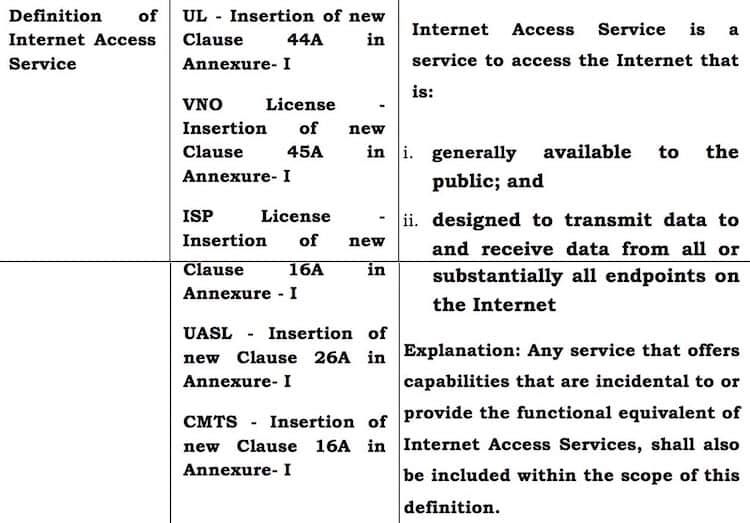 TRAI, in its paper, has clearly mentioned that anything that provides the functional equivalent of Internet Access Service shall also be required to provide non-discriminatory access to content. The aggregator proposed by TRAI in its Free Basics recommendations, however, does not classify as a functional equivalent of Internet Access Services.
TRAI is yet to bring forth its recommendations on OTT, and this is also important in determining what shape India’s Net Neutrality rules takes as the very reason why the Net Neutrality debate began was Airtel’s attempt to block WhatsApp’s voice calling.

TRAI can only provide recommendations and has a certain limit to its powers. At the end of the day, DoT needs to either adopt TRAI’s various recommendations or discard them for a clearer picture to emerge. As TRAI itself has stated in its Net Neutrality recommendations, the regulator has opened a host of consultation papers on various aspects of Net Neutrality and while some like Differential Data pricing has been implemented, certain others like Free Data, OTT and Net Neutrality itself are yet to see the light of the day in terms of implementation.

Was this article helpful?
YesNo
TechPP is supported by our audience. We may earn affiliate commissions from buying links on this site.
Read Next
With Football Manager 2023 Touch, Apple Arcade finally has its “killer ...
#analysis #FCC #Net Neutrality #Opinion #TRAI