Google has added yet another app in its ever-growing line of apps under the Next Billion User initiative. Called “Datally” (De Talli – Hindi for High Five or even perhaps, a tally of data), the new Android application offers the user a more granular control over their mobile data usage. 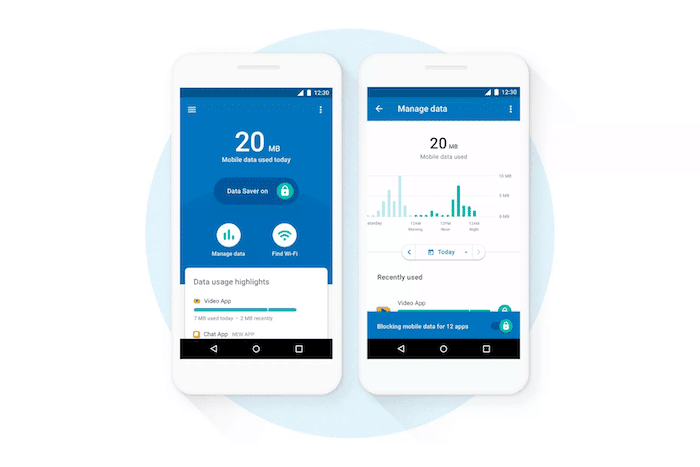 For starters, Datally shows how much bandwidth each and every app on your phone is consuming. Supplementing this feature is a nifty chat-head style bubble that pops up whenever an Internet-connected app is active and displays in real-time the amount of data being drained during the particular session. However, the most stand out trait of Datally is its ability to completely block an app from using mobile data. This is something which has not been available natively unless you have a phone running Android Nougat or above.

Moreover, there’s a “Data Saver” mode for both WiFi and mobile data which requires enabling a VPN like Opera’s Max app.  Datally also offers detailed statistics and insights on your previous sessions. Lastly, Datally scrutinizes your surroundings for open public Wi-Fis and lays them out under a dedicated tab on the app. In addition to that, users can rate these networks so that others can decide which one’s more reliable.

Datally is currently targetted at emerging markets such as India, the Philippines, and Nigeria. You can download it now on the Android Play Store entirely free of cost. You can install it on any phone running Android 5.0 or higher. Google says it has been testing the Datally app in the Philippines for a couple of months and has till now managed to hit over half a million users. On an average, the company added, people have been able to save 30 percent of their mobile data.

Datally, in addition to a few other apps, plays a major role in the company’s efforts acquire the next billion users. The search engine juggernaut recently unveiled a file management app — Files Go — for conserving local storage. More importantly, the company entered the booming digital payments market with the launch of an app called “Tez” not long ago. While the rest of these apps are primarily focused on solving a single problem like streaming videos on YouTube with relatively less data, Datally brings a more holistic approach to bring more data-starved users online.

However, what concerns me more here is the number of apps Google has launched. I’m not entirely sure how Google will push users into installing every one of them considering they own an entry-level smartphone already. Perhaps, these apps will come together and represent Google’s Android Go operating system which is specifically designed for users in emerging countries. Although we’re yet to see any progress there. At this year’s I/O, the company mentioned the first phones running Android Go will be available from 2018.