Like clockwork, Google has issued its yearly “Best of 2017” list for the Android Play Store. It seems to be, however, India-only for now instead of the usual global release. The catalog outlines the most intuitive as well as popular titles and content on the store. Apart from applications and games, it also includes movies, music, and books. 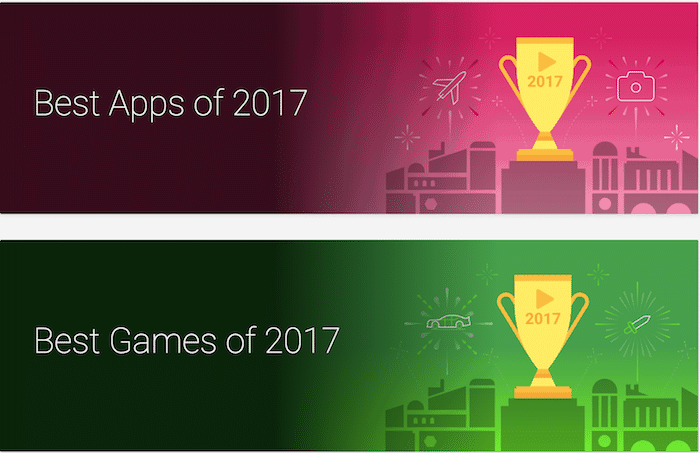 The title for the best app of the year has been, this year, awarded to an education platform — Socratic. The cornerstone of Socratic is its ability to decipher math problems through the phone’s camera. It’s also cleverly designed and makes use of playful animations and graphics for various purposes such as illustrations. Socratic, although, is not the only educational app on the list, there are a ton of apps especially in the “Hidden Gem” category.

One of the more surprising entries is “PayTM Mall” under the “Most Popular” category. The parent PayTM, on the other hand, has been honored as well and resides in the “Daily Helper” section. Unsurprisingly, however, there are selfie-oriented apps in the “Most Popular” group.

Another detail worth noting is that none of the actual “social” apps you use every day are in the “Social” category. Except for Messenger Lite, it houses names like “LinkedIn Lite”, “LIKE”, “Starva” and “Slack”. Google’s own recently launched Tez app for digital payments lies in the “Most Innovative” group probably because of its Cash Mode feature.

Moving on, topping the best games of 2017 charts according to Google, is “CATS: Crash Arena Turbo Stars” which frankly I’ve never played or seen on the Play Store. Another shocking revelation I found on this list is the presence of “Alia Bhatt: Star Life” in the “Pick Up & Play” section. While I try to comprehend with this mind-boggling selection, you can view all the rest of the entries right here.

Was this article helpful?
YesNo
TechPP is supported by our audience. We may earn affiliate commissions from buying links on this site.
Read Next
How to Fix Google Chrome Translate Not Working
#android #apps #Best of 2017 #games #google #india