Telecom has been the poster boy of India’s economic liberalization which started in 1991. Telecom has attracted significant FDI, and investments have always been high in spite of the fact that the industry as a whole has one of the lowest ARPU worldwide. 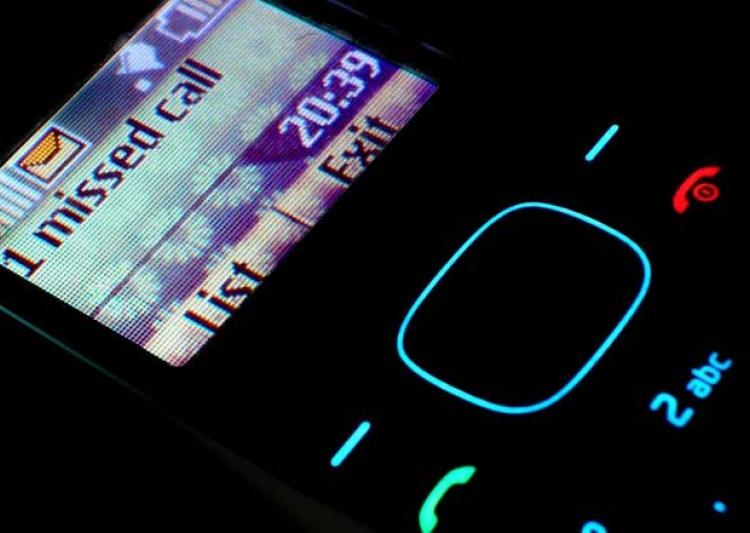 One of the key reasons why telecom in India took off rapidly during 2000-2010 was because along with falling device costs, India had mastered the art of giving a “missed call.” This missed call phenomenon allowed people who were poor and could not afford to make a call on their own or who did not want to make a call on their own to still make use of their cellphone. Every time you wanted to talk to someone but couldn’t afford to call them, you would give them a missed call, and the party receiving the missed call would then call you back.

Missed calls as the great equaliser

The missed call phenomenon would not have been viable had it not been for the IUC (Interconnect Usage Charge) that was pre-determined by TRAI. Every time someone gave a missed call to someone else and received an incoming call from the person to whom the missed call was given, the telecom operator would earn exactly zero from the subscriber initiating the missed call.

However, the existence of IUC meant that telecom operators had an economic incentive in entertaining users who would not spend any of their balance and would keep receiving incoming calls from everyone. IUC is basically the charge paid by a telecom operator from where a call originates to the telecom operator where the call terminates.

People who make missed calls and receive an incoming call do not contribute anything to their operator directly, but they are very profitable indirectly thanks to the existence of IUC. Sounds complex? Let’s understand with an example: Let’s assume there is a low-level clerk in an office who owns a mobile phone and needs to call his superiors frequently but does not want to spend his money on recharging his prepaid balance. His superiors though are much better off and do not mind calling back. Now, let’s further assume that the clerk uses an Idea SIM and all his superiors use an Airtel SIM. Now the clerk has a core balance of just Rs 10 in his Idea SIM which he uses only when there’s an emergency. For all calls with his superiors, the clerk relies upon missed calls.

Assuming the clerk receives a total of 50 minutes of incoming calls every day from his various superiors, then Airtel would have to pay Idea the required IUC charge for those 50 minutes. So in one month the clerk, despite not making any recharges or spending any of his core balance would have still received 1500 minutes (50 minutes/day x 30 days) of calls from Airtel numbers. The current IUC charge that has been implemented by the regulator is around 6 paisa/minute, so the clerk would still generate Rs 90 in earnings for Idea every month.

IUC charges have been a key reason why telecom operators have had an economic incentive to entertain subscribers who do nothing more than receive incoming calls on their network, in spite of not making any substantial recharges. This meant that economic benefits and advantages unleashed by telecom truly traversed to the underprivileged – once someone was able to gather enough money to buy a handset and pay the initial deposit of buying a SIM, their ability to make use of a telecom network was limitless as long as they had users willing to call them back every time they left a missed call.

The IUC has constantly been reduced by the regulator. The biggest drop in IUC was implemented in October this year when the telecom regulator ruled that IUC will be revised from 14 paise/min to 6 paise/min. Already certain telecom operators have signaled that such a steep drop in IUC would affect their ability to carry out operations profitably in rural areas where the vast majority of people have lower spending power and hence their ability to generate value for a telecom operator is almost always indirect by means of IUC.

Constant reduction of IUC has been cushioned to some extent thanks to the fact that most of the telecom operators in India have seen their subscriber base grow rapidly. So even though the reduction in IUC over the years has affected the IUC related income of incumbent operators to some extent, the fact that their subscriber base has also grown meant that the reduction’s impact was cushioned. Assume that an operator had 100 million subscribers and 1 billion incoming minutes from other telecom operators in the year 2005. Assuming an IUC of 10 paise/minute, the operator’s IUC earning is Rs 10 crores. Now assume that the operator’s subscriber base grew to 200 million subscribers and the operator received 2 billion incoming minutes from other telecom operators in the year 2010. Even if the IUC is cut from 10 paise/minute to 4paise /minute in 2010, i.e., by 60 percent, the net IUC earning would only fall 20 percent from Rs 10 crores to Rs 8 crores thanks to the doubling of the subscriber base.

Considering the fact that the telecom industry is undergoing a significant amount of consolidation right now, the drop in IUC from 14 paise /minute to 6 paise /minute from October this year is still bearable to some extent since Vodafone and Idea are merging and Airtel by virtue of its various acquisitions would increase its subscriber base significantly.

The biggest issue though is what happens on 1 January 2020, when going by TRAI’s recommendation, operators would have to pay zero IUC to each other. This would mean that most telecom operators would have zero incentive to entertain users who do not recharge frequently and just keep receiving incoming calls from other networks. If IUC becomes zero from 1 January 2020, telecom operators will earn no money from incoming calls both directly and indirectly.

Missed calls were a great enabler in the adoption of cellular services in India. The IUC regime ensured both the call initiating and call receiving telecom operators were compensated adequately. This helped the poor to pass on the costs of their call to people who could afford them – people would often go for months together with just Rs 5 as their core balance as long as they made sure that all the calls were received by them.

Let us go back to our clerk example, the clerk I mentioned at the start of the article was generating Rs 90 of revenue for Idea every month indirectly and was thereby a gross positive customer for Idea in terms of revenue generated. The clerk could have Rs 0 as his core balance and Idea would still have an incentive to hold on to the clerk because of the IUC revenue he would generate by virtue of receiving calls. Now in a scenario where the IUC revenue becomes zero, Idea would have no incentive to hold on to the clerk and would require the clerk to make a certain minimum recharge every month if he wanted to avail Idea’s services in any manner.

Some people argue that as we move on, data would play a central role in our lives and thereby operators would not mind the lack of IUC revenue. That is indeed true, as time passes by, data as a percentage of the total revenue is bound to overtake voice sooner or later. However, the problem is that these people assume everyone in a country as vast and diverse as India would somehow transform the way they work to justify paying up for a data pack. India is a country with more than a billion inhabitants and less than 500 million users in India are data users. To expect the remaining 500 million of non-data users to adopt data in just two years (by 2020) thereby making IUC related revenue redundant, would be to redefine optimism.

Zero IUC is a call TRAI should consider missing

Even if I am to assume that India manages to add 200 million new data users in 2018 and 2019 respectively, i.e., 100 million/ year, then even in the best case scenario, India will have only 700 million data subscribers by the end of 2019. One must note that it is already well known that there exists a great amount of duplication in India’s reported data users and the number of actual unique data users is way lower. Either way, once 2020 comes into the picture and IUC is made 0 paisa /minute, there would still be millions of people whose use of telecom services would still be restricted to calling alone. These people who were able to receive calls for free till the end of 2019 would now have to start paying for the same from 2020 onwards.

It is well known that the people who give missed calls to get called back in return do so because they cannot afford to make calls themselves. Missed calls enable them to extract value from the existing cellular services without having to spend too much, and making all this viable is IUC. Doing away with IUC in 2020 would mean that these users would have to start paying much more for making use of telecom services in any manner be that outgoing calls, incoming calls or data. This might even result in many of these people not making any kind of recharge at all and giving up telecom services completely. This would effectively shut them off from what is in today’s era something as basic as electricity thereby. And that would hold back progress. Perhaps TRAI should reconsider making IUC zero in 2020. That is a call it can afford to miss.

Was this article helpful?
YesNo
TechPP is supported by our audience. We may earn affiliate commissions from buying links on this site.
Read Next
With Football Manager 2023 Touch, Apple Arcade finally has its “killer ...
#Indian Telecom #IUC #Opinion #Telecom #TRAI